Parallel Universe: "Does she take sugar?" by Ann Somerville

One of the first science fiction stories I read where the hero of a SF story wasn’t a strapping white male, was about a young telepathic Bangladeshi refugee living in a futuristic New York as an indentured servant/psychic on a leash. She was tough, poor, and smart and brave enough to work out how to save the man she loved and a child, even at a terrible physical cost. Even thirty years on, she’s still my gold standard for memorable, powerful non-stereotypical characters in fiction.

Unfortunately, finding leading characters in SF who break the straight white male mould is still harder than it should be. It feels sometimes like we’re stuck on Star Trek mode in an endless loop. All the aliens are bipedal humanoids, the black actors play the aliens (unless they’re hot black women, then they get to play the receptionist), and we only allow one or two token model minorities into the fully human cast. Everybody’s heterosexual, the captain is always Caucasian and omniscient, and almost always male.

It’s getting better, though, and with many more female writers gaining acceptance in the genre, we’re seeing more women, more GLBT people, and more brown and black characters. Which is as it should be because brown and black people have always been in the majority (over 80%) of the planetary population, and with China and India both heavily involved in the space race, there’s no reason why the new colony on that distant exo-planet won’t be founded by Krishnamurtis, Lees and Changs, rather than Smiths, Harrisons and O’Reillys.

However, the final frontier in science fiction turns out not to be space, but disability. More specifically, characters with disabilities who aren’t blind sages or Geordi LaForge and his magical visor. I can’t claim to have a comprehensive knowledge of modern SF, but publishers are certainly leery of disabled romantic leads, and I can’t off-hand remember a science fiction story where the main protagonist—not just the perky, disposable sidekick—had a disability for more than cosmetic purposes.

But why should this be the case? We can imagine faster than light travel and artificial gravity, but not a space environment where being blind, deaf or paralysed is just another personal characteristic to accommodate? Hey, some people with Autistic Spectrum Disorders are considered preferred employees in some industries—the same industries that contribute significantly to space travel and research right now, in 2010—because of their ability to focus and concentrate without becoming bored by repetitive tasks. Being autistic certainly doesn’t mean you can’t be a fully contributing member of society, so how come we don’t have an autistic hero whose powers of concentration save the day? And if sufferers of depression are among some of our most beloved artists and musicans, and respected politicians, why can’t they fly a space ship and engage in exploration? There’s no reason why physical or mental conditions accommodated to a lesser or greater degree on our Earth, have to be insurmountable limitations where there’s no gravity, when computers can produce output in many forms, or where, for example, being very small or light could be a positive advantage. 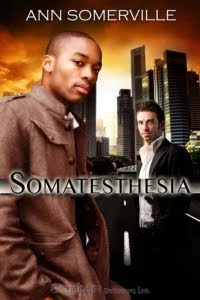 But I don’t want stories that ‘cure’ those conditions, or where no one ever has the slightest difficulty though they were born with what we would consider a disability now. Don’t give me Geordi laForge—the blind character who isn’t actually blind—or a deaf character who’s telepathic. Using such a narrative device sends the message disability is still a problem and can’t be tolerated in the character, unless it’s overcome or eradicated, and that, without such a cheat, people with disabilities are still unwelcome in the author’s universe (as they were in James Cameron’s Avatar.) That’s as erasing as not including characters with disabilities at all.

I want stories where someone’s physical abilities or disabilities are all part of who they are, what formed them, and what contributes to them being completely awesome and fascinating. Don’t make them extraordinary—by that, I mean, magical or superhuman—for those things. Just have those things there. They don’t have to save the world because their disability makes them superawesomely perceptive. They can save the world because the experience of being disabled has contributed to their character and their way of dealing with problems and challenges. It’s like someone’s religion, or their cultural background. These things make someone who they are, and who they are is what they bring to the fight.

So give me the story of the depressed deep space captain, and his navigator husband with PTSD, who fight off the ravening alien hordes, and live to fly another day.

Tell me about a deaf engineer who finds out about the sabotage threatening the lives of a million people living under an artificial sky on Mars...
...or the autistic astrogator who steps in when the pilot of a star ship falls desperately ill, and single-handedly lands the ship, ensuring the safety of the crew and passengers.

Where’s the blind artist whose vivid hallucinations inspire a planet full of empaths and telepaths to create a new and wonderful biosphere? And what about her wives who love and encourage her work, designing healthy living areas on ships for long-haul space travel?

And how’s this for a pitch? “She’s got a really big laser cannon. He’s a kickass pilot. Together, they’re chasing sky pirates, bringing them to justice. They don’t need their legs.”

Not including characters with disabilities—or excluding from the main heroic lead role, or refusing to allow them to be the part of the main romantic relationship—isn’t just insulting, it’s a terrible waste of the diversity inherent in our present reality, let alone of what we can conceive. That diversity of experiences is what helps human beings be so adaptable, and the most successful species on this planet. There’s every reason to believe it’ll help us be successful when we branch out into the rest of the universe.

I invite you to peruse the following titles of my stories with disabled characters, all of which can be found on my site:

Ann Somerville grew up in one of Australia’s prettiest small cities. In 1989, she left Australia with a BA majoring in English, French and History, and a burning ambition to see more of the world and its people, and to discover this ‘culture’ thing people kept telling her about. In 2006, she returned home to Southeast Queensland with two more degrees (this time in science and IT), an English husband (and an English accent) and a staggering case of homesickness, vowing never to leave Australia again.

She now writes full-time, working part-time as a contract web programmer to pay for the small luxuries of life, but all she really needs is a laptop and an internet connection for true happiness. Her long, plot-driven fiction featuring gay and bisexual characters has been published by Samhain Publishing and elsewhere. Additionally, copious free full length stories and novels are available on her website. She also reviews GLBT fiction on Outlaw Reviews and blogs about writing, publishing, her life and many shiny distracting things.