Leslie Dicken's THE PRICE OF DISCOVERY Re-release With New Cover 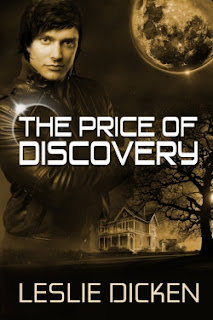 Samhain Publishing gave Leslie Dicken's near future science fiction romance THE PRICE OF DISCOVERY a shiny new cover and is re-releasing it on April 26, 2011. Think: STARMAN.

A sexy alien with secrets to hide, an irresistible reporter determined to expose the truth; when resistance succumbs to temptation, they are forced to pay the price of discovery.

On the hunt for a juicy story and a promotion, Erin Price is determined to prove she can move beyond her past mistakes. An eerie Victorian house in the middle of nowhere and a sexy stranger hiding secrets could be her ticket to success. Racing against time and a competing journalist, Erin breaks every rule to be near the stranger. When she discovers the truth, she’ll be forced to decide if her career is more important than her heart.

Drakor has nothing but contempt for Earth after his best friend disappeared on the planet during a previous assignment. When his family accepts a critical mission to find a cure for bone crippling disease at home, Drakor is forced to return to the planet he despises. As his birthday nears, Drakor is losing time to find his life mate. Will his encounters with a nosy reporter change his opinion of Earth and is his deep attraction to her proof that his true life-mate is human? When a series of failures force Drakor to take his family and run, will he leave behind the only person he can ever love? 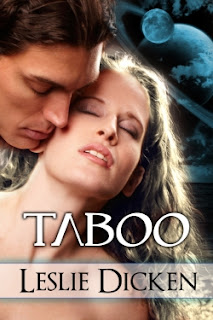 When two strangers meet by chance, their shared ecstasy challenges cultural differences and changes the course of their future.

Two societies have lived apart on a remote planet for generations. At the top of the Dwelling live the Aerotaun, people who have built wings to help them fly. The bottom is occupied by the Marimar, hearty swimmers who live and feed by the sea. Because of the mystery surrounding their ancestors’ landing, suspicions and distrust thrive between the cultures.

Until a taboo encounter occurs on an isolated beach.

Ariana, an Aerotaun, cannot resist the seductive allure of the forbidden Andreus. Their few days alone ignite sexual exploration and uninhibited ecstasy. But when Ariana finally learns the shocking secret about their purpose on the planet, she must decide if her heart belongs with her people or the sexy Marimar.

Thanks to Lisa Paitz Spindler for the hot tip.