In Trend Spotting, Smart Bitches invited their readers to predict the next trend(s) in romance. And oh my gosh, have the comments been leaving me giddy, because there’s a good number of folks expressing interest in science fiction romance and steampunk romance.

But what really has me feeling pumped up and ready to tackle the challenge of helping more readers connect with science fiction romance is this comment by Maili:

Sci fi romances will never have its day. It’s always the wallflower, right on the edge of the dance floor, never had a proper chance to have a dance. I think it’ll be like that for the rest of my life.

I believe I know where she’s coming from. From what I’ve learned about Maili through her posts and comments at Dear Author, she’s an SF/F and romance fan with serious cred. She knows why sci-fi romance has always been on the sidelines and the obstacles it faces when it comes to growing, never mind breaking out of its niche status.

There are many reasons why SFR is where it is, but one of the most significant reasons in my humble opinion is the avoidance of the subgenre by women too long suppressed by certain kinds of cultural conditioning—the biggest one being that girls/women can’t do math and science. How can they find science fascinating if no one encouraged them to explore it?

(As for two other important reasons, the marginalization of women SF authors and romance in general, we’ve been discussing those recently, and there are conversations about them happening right now all over the online SF community. SF Signal is a good place to find links). 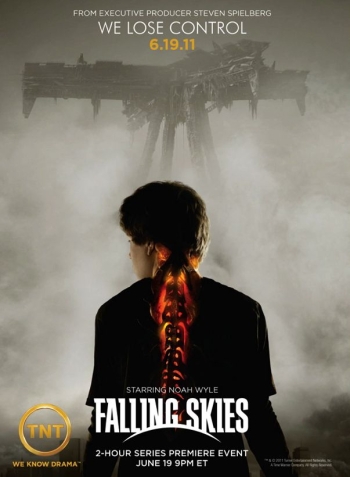 The reason I remain hopeful about blends of SF and romance gaining prominence is that I predict a time when more women will realize that it’s not about needing to be smarter to “get” SFR—because these women are smart already—so much as it’s about getting hip to the fact that they can have fun with things like quantum physics, nanotechnology, astronomy, and bioengineering as well as everything else science fiction has to offer—all within the context of an exciting romance.

SFR’s “wallflower” status is also still in effect because the subgenre is still evolving.

One way to get invited to the dance is to deliver types of science fiction romance that potential new readers want to read about. I love my space opera, but I can see how a flood of them could leave potential readers with the feeling that SFR has little to offer them. Even some folks in the SF community are wondering if the heyday of space opera is coming to an end. With TV shows like FALLING SKIES entering the scene, with all of its contemporary setting glory, I’m wondering if there’s an untapped audience for such fare—especially with a romance.

I think SFR has only scratched the tip of the iceberg in terms of what it can offer, and the comments shared by the readers at Smart Bitches is an invitation to show them what we’ve got—authors in terms of stories and fans in terms of personalized book recommendations.

Anyway, I was so excited about the comments left so far that I cut and pasted the pro-SFR ones as of this writing. Everything is an exact quote and I used an asterisk to separate the individual comments. They are not in any particular order. Let me know what you think!

I notice more SF romances but they haven’t quite got the mix of these two elements right—good romance/poor SF or vice versa.  Anyone who is able to get it just right will do well.  I liked Wen Spencer’s Tinker—advanced science yanks Pittsburgh to Elfhome and back again regularly.  So, a nice mix of science fiction/paranormal/mystery with a little romance thrown in.  Add more romance to the mix and maybe you’ve got a new kind of romance.

SF and epic fantasy romance would be awesome, with proper worldbuilding.

*
I would also like to see some GOOD sci-fi romance, (by good I mean, the science and gadgets don’t overwhelm the story) and less totally out there paranormal. My disbelief can only suspend so far.

I second the desire for cross genre books. All with strong romantic elements and a HEA or HFN ending. Linnea Sinclair comes to mind, yet her newest book, to my knowledge, has not found a publisher.

That said, I’m, like, the only woman in the world who doesn’t find either vampires or werewolves* a turn-on, so I’m okay with moving away from that—though I would absolutely read romance featuring demons or superheroes or aliens.

Several readers wrote specifically about their interest in steampunk romance:

I think we’ve successfully identified the NEXT HOT THING.  I’m not so fond of straight steampunk but add some romance and I think we’ve got a winner!  LOVED The Iron Duke by Meljean Brook.  Also Gail Carriger’s Souless.  The victorian settings, romance and paranormal elements all combined was interesting.  Carriger’s prim, strong minded heroine reminded me of Elizabeth Peter’s Amelia Peabody.

I predict we’re going to get a flood of Victorians with either small touches of steampunk or just going whole hog with the dirigibles, goggles, and mechanics.

I’m seeing the return of American historical romances, but lately in form of steampunk romance, which I didn’t expect.

I like the steampunk trend, so I hope we get some really good contributions to that subgenre.

I’d like to see more of the following: - Steampunk: after reading Meljean Brook last year, I’m intrigued by this genre and would love to read more