We’re In The Funny: Sci-Fi Romance’s Comic Side 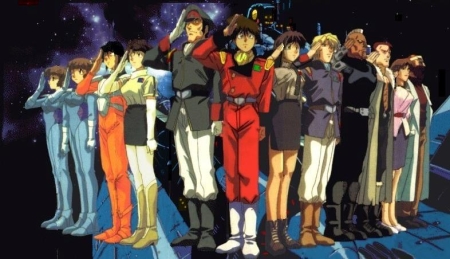 Confession Time: I’m not the biggest fan of comic science fiction. Truly, I’m not sure why because not only am I a big fan of SF, but also there are quite a few entertaining stories of this kind. I enjoy comic SF, but I don’t crave it the way I do non-comic SF stories.

Still, I don’t go out of my way to avoid science fiction stories with a comedic bent. Some of the best SF stories are part comic in nature. As far as comic SF films and television shows go, I have the usual suspects under my belt:

HITCHIKER’S GUIDE TO THE GALAXY
BARBARELLA
EARTH GIRLS ARE EASY
GALAXY QUEST
MARS ATTACKS
MEN IN BLACK (I&II)
BACK TO THE FUTURE trilogy
MOM AND DAD SAVE THE WORLD
ICE PIRATES
FUTURAMA
RED DWARF
LOST IN SPACE (I’m referring to the 1965 television series here; the 1998 film takes itself seriously)
THE IRRESPONSIBLE CAPTAIN TYLOR

Now that I think about it, I’m wondering to what extent LOST SAUCER, the 1975 Sid & Marty Krofft television series starring Ruth Buzzi and Jim Nabors, contributed to my ambivalent feelings toward comedic SF in general. I watched that show as a kid and even though Buzzi’s addictive laugh kept me coming back, even as a child I knew there was something weird and a quite a bit wrong with the show. It was just so…silly.

LOST SAUCER (scene from “Get a Dorse”)

Oh, yeah, and then there were all those episodes of FAR OUT SPACE NUTS I glommed. Could those shows have left some kind of lasting negative impression on me regarding comic SF? Calling Dr. Freud! 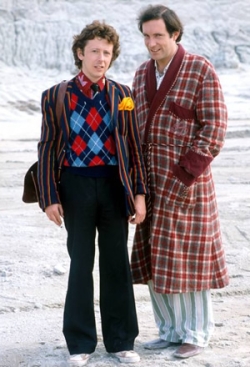 My ambivalent feelings extend to comic science fiction romance (and interestingly enough, many of the above films/shows feature romantic subplots). One reason for my mixed feelings may relate to my general preference for more serious fare (although I always enjoy it when stories have some comic moments in them or funny dialogue exchanges).

Another factor might be the challenging nature of the combination of SF, romance, and humor. That means three genres are competing for center stage time in a story. Blending these three genres well is no small feat—I imagine it’s like trying to juggle a watermelon, a pineapple, and a kiwi fruit.

Another fear I have is that a blend of comedy, SF, and romance may lack a strong emotional impact or depth. It’s easy for writers and filmmakers to get caught up in a gimmicky joke or sight gag and lose focus.

Or, the story falls into campy territory and doesn’t really offer any satire or at least humorous social commentary.

Also, as in the case of parody, the story is inviting me to laugh at my favorite genres. Sometimes I can do that and do so with glee; other times I have difficulty suspending my disbelief over a comedic approach to serious issues. This area, of course, is where execution is key, because I also know that well-executed stories will draw me in despite my expectations or any misgivings I may have.

The bottom line is that comic SF/sci-fi romance needs two essential ingredients: it needs a good story and it has to be funny. If a story fails in either of those two elements, then I start disengaging, or I end up enjoying only half of it.

What brought all of this up, you may be wondering? Well, I somehow ended up with four new-ish comic sci-fi romances on my Kindle in the past six months, and it was high time I tackled them. Plus, I discovered a film that is pure comic SFR (whether it’s pure quality as well is another question altogether). So in light of the above, I issued myself a comic sci-fi romance challenge, and decided to make that corner of the SFR universe the focus of my blog posts for this week.

I’ll share my thoughts on the four books I recently read as well as the film I discovered, plus a couple of other extras.

In the meantime, are there any other LOST SAUCER fans out there? What are your memories of that show? If LOST SAUCER never aired where you lived, were there any comic SF shows you watched as a child? Did they influence your current tastes in any way?