Does Sci-Fi Romance Take Itself Too Seriously? 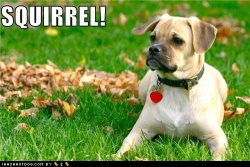 Once in a while I wonder if science fiction romance takes itself too seriously. I don’t mean should SFR be ha-ha funnier or do we need more comedic stories. Rather, my question is more along the lines of “Are we having all the fun we could be with this subgenre?” “Creatively, are we holding back unnecessarily?”

This is a challenging topic to articulate, so please bear with me as I’m going to approach it from another angle.

One of the strengths of science fiction romance is that many if not most of the stories are so very earnest in nature. Authors take both the subgenre and their stories seriously. I’ve seen amazing efforts by authors to incorporate believable scientific elements into their stories and to also ground them with themes, social commentary, and compelling characters. In my experience, even if stories contain throwbacky worldbuilding or implausible/fantastical science, sincerity oozes from every page.

In general, my reading informs me of a concerted effort to approach SFR from a place of respect. That’s a real strength because the subgenre offers so much diversity and has the potential for more. It’s part of what makes SFR unique. It’s why I keep reading it.

Sometimes, though, I wonder if the “serious” factor is holding the subgenre back.

During my online excursions, I’ll notice conversations on Twitter or blogs where (romance) readers are having an “OMG did I just read that?” or “Did that author really go there?” reaction to certain books. Sometimes it's because the books feature something that is politically incorrect, over-the-top, or just plain WTFery.

More often than not, however, the theme of the forbidden—or of the taboo—connects all these different stories and produces a “Squirrel?” reaction among readers (One of the most recent examples is the book ON THE ISLAND by Tracey Garvis-Graves, which was recently optioned by MGM).

No matter the genre, those are the stories that get readers talking.

There are sci-fi romances that go to some pretty unusual places—some would say weird and disturbing, too—but to me that’s just another indication of the subgenre’s diversity. Maybe I’m too close to SFR to know, but I’m hard pressed to come up with a single SFR title that would provoke a “Squirrel!” reaction from readers. Not because the stories aren’t entertaining, but because they are doing their usual science fiction romance thing. I’m wondering if that’s both a pro and a con.

Think: SNAKES ON A PLANE and how that had everyone going for a while. You didn’t even have to see the film to feel like you were part of the phenomenon.

To clarify further, I’m not referring to stuff that’s weird or bizarre for the sake of being weird/bizarre. Rather, I mean a type of story, story element, or fantasy that would prompt readers to travel outside of their comfort zone because the idea promises the forbidden or the taboo in such a high concept way that they can’t resist learning more about it.

However, this entire topic could be a moot point because the real issue may be one of obscurity rather than a lack of appealing content. If readers don’t know about squirrels science fiction romance stories, they aren’t going to go looking for them.

What do you think? Would certain science fiction romances be easier to market than others?