‘Tis the Season to Celebrate SFR! By Diane Dooley 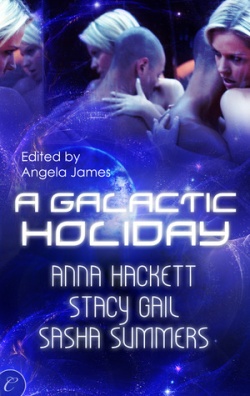 I was really interested to read the stories that made it into the anthology and curious as to how the authors pulled off what I had realized was a rather tricky combination. The results are well worth reading and they’re all science fiction romances. Score! Like all the Carina Press anthologies you can buy the novellas individually or as an anthology.

I would recommend this anthology to the SFR-curious. These three different stories provide a great introduction to the genre. The romances are believable, while the science fiction does not overwhelm. Devoted SFR readers will also enjoy it - all three stories are a deft 50/50 blend of romance and science fiction. A must have for any SFR lover’s virtual shelf. 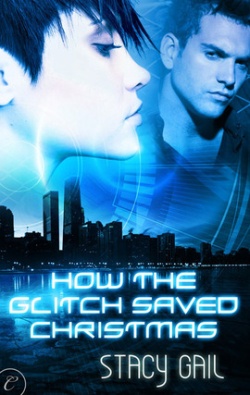 How The Glitch Saved Christmas by Stacy Gail

Wicke has had his eye on Reina for ages, and as the two of them hunt down the benevolent burglar, they take turns warming each other with body heat in the subzero Chicago winter. Despite
professional friction and their opposing views on bod-modding, Reina soon has to admit that she and Wicke are perfect for each other.

But when they track down their philanthropic quarry on Christmas Day, an unexpected glitch in a homemade android brings out Reina's emotional side, and she and Wicke must decide whether love between a Neo-Luddite and a "walking toaster" is a gift that either of them can give. 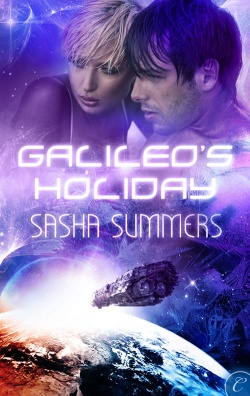 Ice miner Riley works alone in the depths of space, and that's the way she likes it. She's proud of her independence, and when her ship gets destroyed by raiders on the icy surface of Galileo, she's not sure she wants to rely on rakish trader Leo and the kindness of a band of settlers to survive.

Despite her attempts to keep her distance, it's not long before Riley warms to the family atmosphere of the settlers' station. As Galileo's Holiday approaches and she develops feelings for the handsome, charming Leo, she questions whether she really wants to remain alone.

But Leo is hiding cargo the raiders want, and when they come back for it, everyone on the small station is in danger. Riley will risk anything to protect her new friends--because if the raiders succeed, the choice between Leo and a life alone won't be Riley's to make. 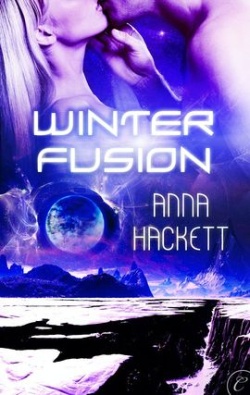 Ex-space marine Savan Bardan survived the Galactic Wars to become the most ruthless trade negotiator in the galaxy. His planet needs energy to survive, and he'll do anything to close the deal for the Perman fusion crystals that can provide it--even if it means seducing his beautiful, infuriating opponent, a rival icier than her planet.

Perma's top negotiator, Brinn Fjord, lost her father when Savan delayed her planet's Trade Guild membership years ago. She hates the handsome Rendarian and the planet he represents. She's determined to finish the deal and get rid of him as quickly as possible, so she can celebrate the holidays.

But soon the rival negotiators are in a fight for their lives. Besieged by mysterious accidents and unforgiving weather, Brinn and Savan have no one to depend on but each other. As they put the past aside, they uncover a desire hot enough to melt ice, and Brinn discovers a secret that may keep them apart.

Interested in one or all of these stories? You can buy the anthology or the individual novellas from Carina Press and all the usual e-bookstores. I think it would make a lovely gift for someone you know loves SFR. There’s also a Rafflecopter giveaway with some nice swag, including e-books, gift cards and a Galactic holiday ornament.

Diane Dooley writes romance, science fiction and horror; short stories, novellas and novels. You can catch up with her on her blog, Facebook or Twitter. She also blogs regularly at Contact: Infinite Futures.

Her website is the best place to find her books and their buy links. Her published short stories are listed here.
Posted by Heather Massey at 5:00 PM
Newer Post Older Post Home