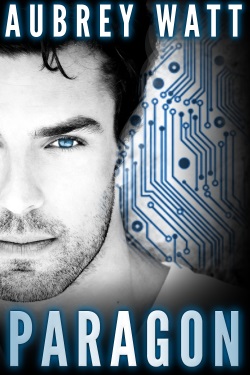 [When Aubrey Watt alerted me to PARAGON, her new sci-fi romance about a neuroscientist who falls in love with the android she helped create, I was like "Where do I sign?!!" I love brainy heroines and android characters, so the combination is like catnip to me. I invited the author aboard to blog about science fiction romances she's enjoyed, particularly as they relate to PARAGON. Extra bonus: following the post is a giveaway!]

Hi everyone! I’m Aubrey Watt, and I want to thank The Galaxy Express for having me here! I just released my first full-length science fiction romance novel Paragon. I’m giving away one free copy to a lucky commenter on this site!

I was inspired to write Paragon after reading the book Wired by Douglas E. Richards and falling in love with the character of Kira. Although I mostly write erotic romance, I wanted to tell an action story about a smart, sexy protagonist. At the same time, I was waist-deep in philosophy, reading about the hard problem of consciousness in cognitive science while taking Stanford’s online class in artificial intelligence. From this unlikely combination the character of Chal Davidson was born. She is a neuroscientist who helps to create an android prototype at a secret military base. Alan (the prototype) must learn everything from the beginning – how to talk, how to feel, and especially how to love.


“If anything was universally accepted as the hallmark of humanity, it was the insatiable curiosity at the heart of the species.” – Douglas E. Richards, Wired 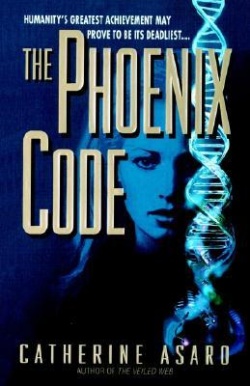 Another book that shares similar themes is Catherine Asaro’s The Phoenix Code. My favorite part of Asaro’s work has always been the underlying philosophical implications of the worlds she builds. While I enjoyed the action thriller-style sequences, the discussions about artificial intelligence were what kept me turning the pages. In The Phoenix Code, Asaro shows us the emotional ramifications of an android that becomes attracted to a human as he grows self-aware. And I began to think: what if the robotics expert was the one who fell in love with the android?

Although Paragon has its share of action, the second half focuses on the budding romance between the two main characters and the curiosity that drives both of them. This is a love story about discovering passion, and as Alan learns how to love, Chal begins to discover, albeit reluctantly, the passion that is hidden inside of herself. Her academic curiosity has launched her career at the expense of her real world relationships, but she has never been comfortable exploring her own emotions. Alan forces her out of her shell and into the real world.

Science fiction, and science fiction romance in particular, digs deep at the heart of human conflict and emotion. What does it truly mean to be human? What does it truly mean to love? In this book, I hoped to get at some of these major issues in philosophy and neuroscience while developing Alan and Chal’s romance. I remember reading The Left Hand of Darkness for the first time in high school and being blown away by Ursula K. Leguin’s portrayal of sexuality and love in an alien world.  In a science fiction setting, authors can develop a completely different context for human emotion.

At its very best, science fiction romance can change the way we view the world and the humans who inhabit it. I only hope that Paragon can add in some small way to the universe of new and strange love stories in this genre.

Here’s the summary for Paragon:

When brilliant neuroscientist Chal Davidson is called in to assist, the third android is just hours from being awakened.  By the time she realizes the vast implications of her work, it’s too late to stop the prototype’s development. Torn by her moral and scientific responsibilities, Chal is even more confused by the emotional connection she is starting to feel with the newly-created man.  The only hope she has is escape—for her and the android—and time is running out...

If you’d like a free copy of Paragon, just leave your name and email in the comments within the next seven days from this post for a chance to win. I hope you enjoy reading the book as much as I enjoyed writing it! And if you’d like to keep up with my future work, you can visit my website or join my mailing list for discounts and freebies. Thanks, and happy reading!