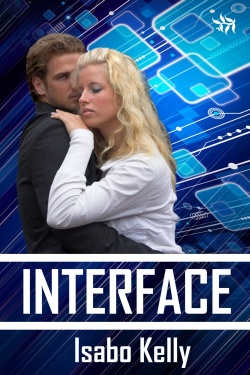 Since writing THE PROMISE OF KIERNA'RHOAN (Samhain Publishing), Isabo Kelly has expanded her Naravan setting with two indie titles. INTERFACE (short story) and THE SECRET OFNARAVA (novel) are the next installments (click the titles to read the story descriptions).

The stories stand alone, but ideally, the Naravan Chronicles should be read in order: 1) THE PROMISE OF KIERNA'RHOAN, 2) INTERFACE 3) THE SECRET OF NARAVA.

I've now read all three stories and decided to tag the latter two. While they differ in terms of romance and external plot, both stories share many common elements. Therefore, I created a composite, non-spoiler tag list.

* THE SECRET OF NARAVA includes more information about Naravan mythology and history. There's also some exploration of the political ramifications of a certain discovery.

* Both stories feature scientist heroines. The heroine in INTERFACE is a nanotech researcher. The heroine in THE SECRET OF NARAVA is a paleontologist. In both stories, much of their day-to-day work occurs off stage (to make room for the romance, possibly)

* Both stories feature bodyguard heroes (the heroes are connected by a business partnership); they are strong, silent types

* The stories offer the fantasy of being protected. In this case, heroines need security protection in order to do their jobs

* Heroine in THE SECRET OF NARAVA struggles with insecurities related to her sex appeal and being a worthy partner. 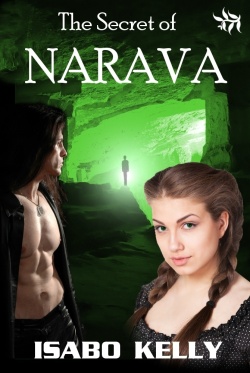 * INTERFACE, because it's a short story, focuses on just a few characters. THE SECRET OF NARAVA has an ensemble cast

* Unique shape shifting aliens who are truly alien in nature

* THE SECRET OF NARAVA provides some exploration of the Naravan cultures

* Genetic engineering plays a role in both stories, albeit more so in THE SECRET OF NARAVA

* Villains are of the sinister corporate/government variety

For more information about this series, read my interview with Isabo Kelly.

I should emphasize that the romance plots are very strong in these stories. In THE SECRET OF NARAVA especially, the external plots are low-profile until the latter half of the story. They're also fairly cerebral in nature because they involve the characters discovering new scientific facts about Narava's shape shifting aliens.

The stories set things up for a greater conflict in the future. The human colonization of Narava raises a multitude of ethical issues and hence this series delivers a subtle commentary on cultural imperialism. Isabo Kelly has easily laid the groundwork to explore this conflict in more depth, so if you like the idea of Narava and the author's style of science fiction romance, be sure to let her know!