Come aboard and enjoy some science fiction romance new release goodness! This month's roundup is on the light side because of a pending schedule change and blog break, but stay tuned because in the meantime, I'm racking up a bunch of fun content for the near future! 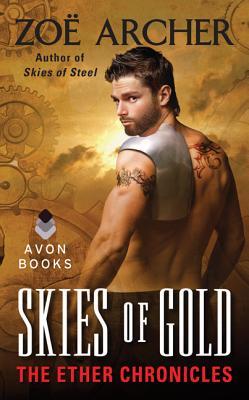 Kalindi MacNeil survived the devastating enemy airship attack that obliterated Liverpool, but even her engineering skills can’t seem to repair her broken heart. Seeking to put her life back together, Kali retreats to a desolate, deserted island—only to discover she’s not alone. Captain Fletcher Adams, an elite man/machine hybrid, a Man O’ War, crashed his battle-damaged airship into this deserted island after Liverpool, never expecting to survive the wreck. But survive he did.

Believing he is nothing but a living weapon, Fletcher is wary of his new-found companion—a pretty, damaged, but determined young woman. Together they are stranded on the deserted island, and it is only a matter of time until desire gets the best of both of them. Soon Kali and Fletcher find they may be just what the other needed. But a danger from beyond the island puts them to the test. Will it rip them apart or bond their hearts forever? 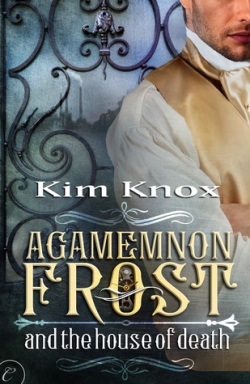 Book one of Agamemnon Frost

Decorated artilleryman Edgar Mason was forced to find new work when the British Empire replaced its foot soldiers with monstrous machines. Now he waits on the Liverpool elite as a personal servant. He has just one rule: he won’t work for fashion-addled dandies.

Agamemnon Frost, however, is far from the foppish man-about-town he appears to be. He’s working to protect the Earth from an alien invasion being planned by a face-changing creature known as Pandarus. And on the night he plans to confront the aliens, he enlists Mason to assist him.

For a man to love a man is a serious crime in Victorian England. But when Mason meets Frost, his heart thunders and his blood catches fire. And when Pandarus drags the two men into the torture cellars beneath his house of death to brainwash them, Mason’s new passion may be all that stands between him and insanity.

The trilogy continues with Agamemnon Frost and the Hollow Ships. 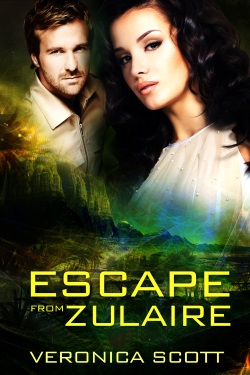 Andi Markriss hasn’t exactly enjoyed being the houseguest of the planetary high-lord, but her company sent her to represent them at a political wedding. When hotshot Special Forces Captain Tom Deverane barges in on the night of the biggest social event of the summer, Andi isn’t about to offend her high-ranking host on Deverane’s say-so—no matter how sexy he is, or how much he believes they need to leave now.

That mission proves more dangerous than he expected when rebel fighters attack the village and raze it to the ground. Deverane escapes with Andi, and on their frantic journey through the wilderness, Andi finds herself fighting her uncomfortable attraction to the gallant and courageous captain. But Deverane’s not the type to settle down, and running for one’s life doesn’t leave much time to explore a romance.

Donna S. Frelick blogs about her trip to the RWA national conference.

Pippa Jay discusses the concept of royalty in SF/SFR with Ruling Classes in SciFi - So Who's In Charge?