Sci-Fi Romances With The Same Titles

The main point of this post is I recently came across some science fiction romances with the same titles! So I did some digging and found a few more. The books with the earlier release date are listed first. Heat levels range from sweet to scorching. Have fun! 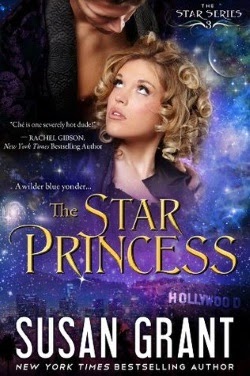 Ilana Hamilton isn't an adventurer like her pilot mother, or a diplomat like her do-right brother; she's a brash, fun-loving filmmaker who'd rather work behind the camera than be a "star princess" in front of it. Heiress or not, she's a perfectly normal, single woman...until Prince Ché Vedla crashes into her life.

With six months to choose a bride, the sexy royal wants to sow his wild oats. Ilana can't blame him—but fall for the guy herself? Not a chance! Hotshot pilot or no, Ché is too stuffy, too arrogant, and too old-fashioned. But when he sweeps her off her feet Ilana sees stars, and the higher he takes her the more she wants to fly. If only her heart would stopping asking where she will land. 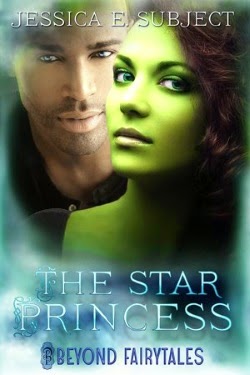 In one week, Princess Ro’sa will board a spaceship, leaving her home on Minjet to be with her betrothed on Earth. The only problem is, she detests the prince’s selfish and arrogant ways, preferring to spend time with his personal aide, a man who stirs her desires in ways she never imagined possible with his radiant blue eyes and smouldering lips. And oh, the way he touches her.

Earth’s post-apocalyptic landscape offers little but the alliance offers much and a princess must do her duty, no matter the danger to her person and to her heart. 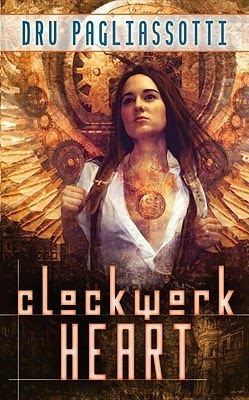 A steampunkish romantic fantasy set in Ondinium, a city that beats to the ticking of a clockwork heart. Taya, a metal-winged courier, can travel freely across the city's sectors and mingle indiscriminately among its castes. A daring mid-air rescue leads to involvement with two scions of an upperclass family and entanglement in a web of terrorism, loyalty, murder, and secrets. 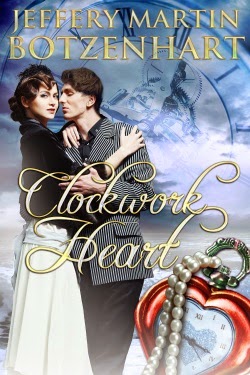 Until the end of time…and then beyond…

Would it be a crime against nature to help those in need by the use of unusual and possibly illegal medical procedures? Victoria begs her father, a brilliant physician, to commit such a crime for the man who she has forever fallen in love with. Trevor was critically injured by enemy artillery while fighting on the Western Front. Victoria hopes that through the restoration of his damaged body, their love will flourish once he is well again.

Unforeseeable revelations and unimaginable confrontations create havoc for the lovers. Will Victoria and Trevor find a place where their love will last for eternity…or has time run out?

[I haven't read Mr. Botzenhart's book, but it seems like SFR!] 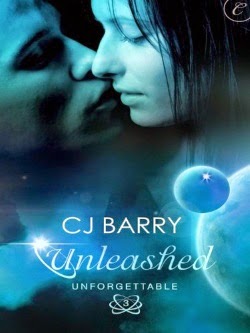 New Year's Resolutions:
#1: Control own destiny
#2: Save Earth
#3: Don't fall for an alien

Lacey Garrett is determined to take back the business and self-respect her ex-fiancé stole from her. But her resolutions seem trivial when she's suddenly teleported to a strange planet, courtesy of the most gorgeous male specimen in the universe.

Interstellar fugitive Zain Masters needs Lacey's help to turn off the energy field that has stranded him on a wasteland planet. He has every intention of beaming her back to her own world safe and sound—until a system failure traps them both. Forced to work together to repair his ship, Zain and Lacey try to fight their mutual attraction—when they stumble upon a cosmic conspiracy that threatens not only Earth, but the entire galaxy. 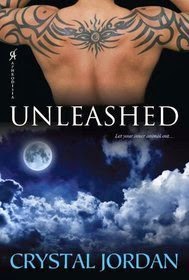 It is a future few envisioned–humans with the ability to shape and shift into every imaginable predator on earth. This new world is dangerous, dark and filled with desire…

Fox-shifter Gea Crevan is a PI working a case deep in the underbelly of New Chicago. She relies on ruthless businessman Quilliam North for good intel and even better sex, but resists taking him as her mate. Until she witness his carnal lust for another, and suddenly all her feral instincts are unleashed…

Grifter Felicia Tamryn is half cheetah and all woman who always gets what she wants. Until the day she tries to con Constantine Breckenridge and instead finds her heart held tight in the talons of an eagle-shifter. Felicia tries to run but her past and her body betray her, catching her in a sexual trap of her own making… 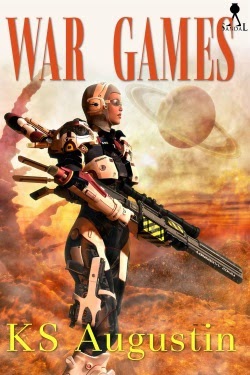 Laisen Carros is a covert agent of the Fusion, sent undercover to infiltrate the Perlim Empire. However, the years she’s spent as Cheloi Sie fighting Menon rebels on an alien battleground are starting to wear her down.

To Lith Yinalña, Cheloi Sie is nothing but a war criminal and she considers it her personal mission to kill her.

Unfortunately for Laisen/Cheloi, the Empire and an idealistic assassin aren’t the only things she needs to worry about. A treacherous subordinate–the ambitious Koul Grakal-Ski–is looking for any chance to grab control of the territory. When Laisen and Lith start falling in love, it’s only a matter of time before he notices. And acts. 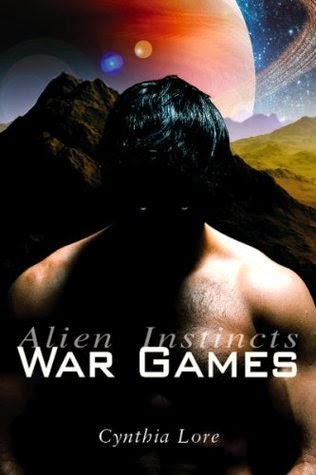 This is the military's first encounter with extra terrestrial life! Rae's tasked with interviewing the alien one-on-one. However, when she arrives nothing goes as planned. She ends up kidnapped by Markar, who doesn't seem to know why he's so attracted to the small human, but he intends to find out!

Rae's always wanted a little more adventure in her life, but is this more than she can handle?

Markar came to Earth on a mission of diplomacy, knowing his species was superior to humans and that the Earthlings offered no threat to them. Now he knows the truth. Humans have one threat that could destroy the fabric of his species' society: females. But if they offer such a great threat, why can't he stay away from Rae?

This is a science fiction romance with plenty of action thrown in. 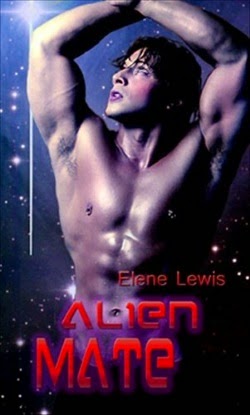 All alien-rocker Sebastian King wants is to suck the energy out of pretty human females. They orgasm, he gets his "food source" from the energy they produce, and everyone is happy. No harm, no foul. Until innocent Hope Riordan walks through the door and the irresistible connection they share forces him to reevaluate all he knows about his own species. But time is running out. A shadowy assassin is tracking them and their forbidden may just get them both killed. 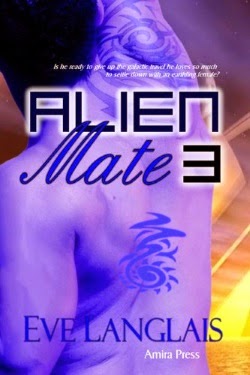 Reg never thought a simple rescue mission would make him question his decision to remain single. While Penny drives him crazy with her never-ending questions, her simple presence enflames his lust—and causes havoc with his emotions. But is he ready to give up the galactic travel he loves so much to settle down with an earthling female? 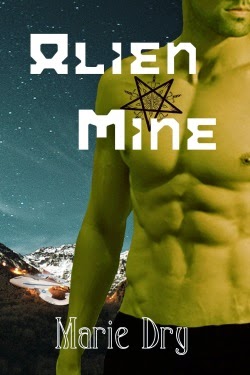 In a bleak future where government systems are breaking down and lawless bands of men terrorize the country, botanist Natalie Hanson fears for her life and hides in a cave in the Rocky Mountains. When she is captured by human raiders, a fierce alien appears and slays her attackers. Natalie is now held captive in her own cave by the sexy and striking alien commander, Zacar, who informs her that she will be his breeder. Natalie soon realizes that these aliens worship strength. So what will happen when Zacar finds out she has severe asthma? 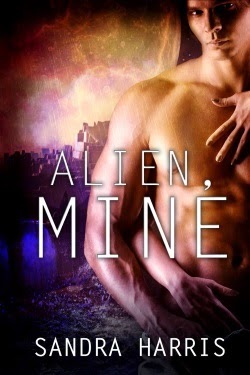 THE BLUTHEN HAVE ONE CONSUMING PASSION: THEMSELVES.
IN THEIR EXPANSION ACROSS THE GALAXY, THEY WILL GO TO ANY LENGTHS TO DOMINATE SPECIES THEY ENCOUNTER.

Torn from modern day Earth and stranded on the far side of the Galaxy, Sandrea Fairbairn must use every particle of courage she possesses to adjust to her new life and live for tomorrow.

Eugen Mhartak, a general in the Tri-Race Alliance Army, refuses to bow to the merciless Bluthen. Haunted by the loss of far too many innocent lives he has vowed to drive the ruthless invaders from Alliance space.

The strength and valor of Eugen Mhartak attracts Sandrea as no man ever has, but she struggles to read the enigmatic general’s heart. Determined to help him triumph over the Bluthen she uncovers a diabolical plot against the Alliance.

Drawn by the courage and exotic beauty of Sandrea, Mhartak battles to overcome the barriers of cross-cultural differences that separate them and claim her ardent interest. He must conquer his deepest fears to be the man she needs. When his principles are betrayed by his own government and he is faced with the impossible prospect of taking Sandrea’s life in order to save his home planet, Mhartak desperately searches for a way to keep safe both his world and the magnificent woman who has stolen his heart.