All Your Beta Are Belong To Us

Once upon a time, there was a Japanese video game titled ZERO WING. It was pretty standard for its time, and would no doubt would be relegated to the forgotten annals of Segadom...if not for one startling aspect. Its "unique" English translation. One line in particular nearly caused the Internet to catch fire. It read: “All your base are belong to us.” (Apparently, this is the sublime phraseology you get when you hire translators who barely know the language they're translating. Go figure.)

Now, despite the mangled translation, there’s still something rather sinister about the message—not to mention electric. Seductive. I can feel the excitement...something wildly different is about to happen here! (And I can't attribute it all to the fact that the main villain is named "Cats," either...although that is pretty cool.)

So after mulling this over ("Cats!"), it occurred to me that there’s a parallel here. That line reminded me about one of the differences between SFR and other romances--namely, Alpha vs. Beta heroes.

Alpha heroes are a staple of romances, and they are particularly predominant (pun intended) in paranormal romances. Despite their reputation, these characters aren’t entirely witless...but it doesn’t seem as though they’re particularly appreciated for their intelligence, either. At least, I don’t often see it listed as the number one preferred attribute.

I’ve encountered many more Beta heroes than Alpha ones in science fiction romance, whether in books, television, or film. And remember, Jacqueline Lichtenberg pointed out that SFR basically evolved from SF fan fiction featuring Spock as a love interest. Even Suzanne Brockmann can’t help but include references to Spock, even while she’s discussing Alpha males!

So naturally, one subset of beta heroes I really dig is scientists. They don’t need predatory gazes or bulging muscles to solve problems and win the heroine’s heart—just gray matter and a quirky personality. Sure, they don’t always have ripped abs or chiseled good looks, but that doesn’t reflect in the least on their potential for romance. Some are hot, but others aren’t—and so what? I think scientists are underappreciated and/or overlooked as a love interest.

Never fear, The Galaxy Express is here! Below is a roundup of some snazzy scientist Beta heroes for your reading/viewing pleasure:

Eccentric robotics genius Raj Sundaram from Catherine Asaro’s THE PHOENIX CODE will leave you breathless. (This one’s for you, Patty!)

A computer expert and chess enthusiast, David Levinson of INDEPENDENCE DAY is also an environmentalist. What’s not to love? (I'm willing to overlook HOLY MAN if you are, Jeff.) 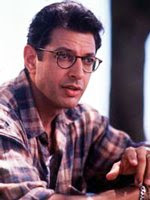 Despite his Dr. Jekyll and Mr. Hyde personality, Bruce Banner from THE INCREDIBLE HULK is a poet at heart. (What can I say? I’ve always thought Bruce Bixby was smokin’.) 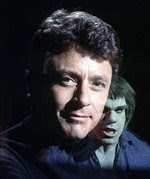 He may be absent-minded, but when he’s in love, his devotion overcomes even the obstacle of Time itself: “Doc” Emmett Brown from BACK TO THE FUTURE III

And finally, there’s the shy but brilliant engineer, Brains, from THUNDERBIRDS. 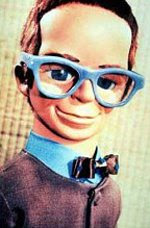 Just check out this awesome (and recent!) video of Brains moving & grooving:

See what I mean? I challenge anyone to show me an Alpha male who can dance with such grace and dexterity. (Wolverine, I'm looking at you, Bub!)

The above brainy ones are just a few of the Beta heroes worth getting to know. Let’s generate a list for current and potential fans in the comment section. And finally, a question: What makes Beta heroes such a great match for science fiction romances?

Joyfully yours, All your Beta are belong to us,