Recently, I made one of my routine trips to the library (an invaluable resource these days for entertaining a voracious reader toddler). I usually check out the “Friends of the Library” sale section because my local branch has a sizeable offering.

Lo and behold, someone had donated a rather large collection of vintage SF books! What a find! The books were in great condition. As excited as a puppy in a bin full of squeaky toys, I searched through every box for some new reads.

Here’s what I found:

RETURN TO THE STARS by Edmond Hamilton 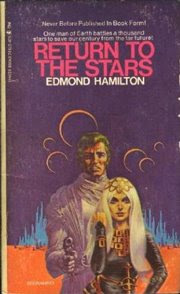 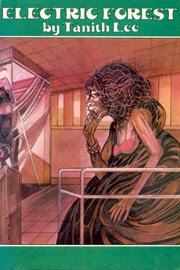 And THE BOOK OF SKAITH: THE ADVENTURES OF ERIC JOHN STARK by Leigh Brackett 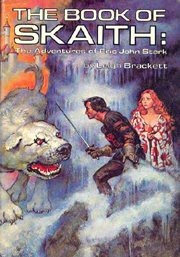 That library trip was the latest in hundreds of forays I’ve made over the course of my life into various venues wherein I searched for accessories to feed my science fiction appetite. Even before I could drive, I would pester my parents and friends to transport me to yon emporiums that stocked comic books, manga, roman albums, soundtracks, action figures, and more.

Every time I’d enter one of these geek-a-licious bazaars, it was as if every bit of tension left my body. I’d be in heaven. Some days it was just a window shopping trip; other days I would walk out with another model from GATCHAMAN or a back issue of STARLOG.

Hours would rocket by as I fingered stacks of dusty, musty books, flipped through graphic novels, or gaze longingly at imported anime VHS tapes with ticket prices that soared north of $100.00 (or $1600.00, in the case of one laserdisc collection I badly wanted for years and years). That’s a lot of money when you're only making $3.35 an hour, but maybe if I....

Anyhoo, this recent find reminded me of all the times I had the pleasure of exploring the amazing world of SF collectibles. It was as if, DARK CITY-style, I relieved all of the trips as though they were rolled into one. Shoot, I even dream about shopping in such book stores. 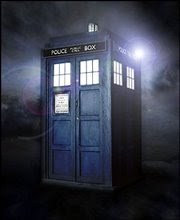 So I thought we’d blast to the past to visit the first three stores that mutated me from SF fan to SF fanatic. These were the stores that set the bar for all others. Even the glories of Comic-Con International fail to overshadow the impression they made upon me.

The good Doctor has lent me the use of his TARDIS for the jaunt. Jolly good, and all that—so let’s be off!

Alas, Mr. Big Toyland is no more, but the memory of my two visits there will live forever. Mr. Big Toyland gave new meaning to the phrase “packed to the gills” because of the precarious way inventory was packed nigh up to the ceiling. Every stack of models was one leaning tower of Pisa after another. Toys, everywhere. It was also my first exposure to those shiny, eye-popping die-cast robots. Sensory overload doesn’t even begin to cover the experience.

This store was run by a couple who would stalk you extend numerous offers of assistance as you browsed. Especially if you were a child or teen—you’d get the lion’s share of their attention. (And they say customer service is a lost art!)

After my first visit, I walked out of Mr. Big with a whole pile of UCHUU SENKAN YAMATO roman albums, barely leaving enough for other customers. Later I’d carry them around in high school and I must have had an expression of pure bliss on my face because several people asked me had I changed my hair or something.

I used to watch various anime shows on Channel 25 WXNE-TV. Here’s the commercial that made me salivate once I learned Mr. Big Toyland carried imported Japanese anime items:

Doesn’t get any better than that! Oh, wait a minute, yes it does... 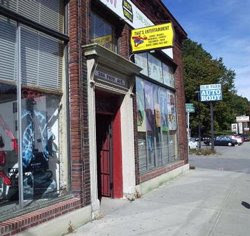 These days, I can point you to the store’s Web site, but of course, the Internet was barely a glint in TRON's eye when I first entered those hallowed halls.

On second thought, with its scuffed, dark concrete floors, exposed pipes, and vast array of barely-organized merchandise, it was more like entering a smuggler’s den. I remember having to always hug my purse close to my body to avoid knocking over shelves placed so closely together it was like trying to navigate the alleys of the Death Star.

Then there was the start I got every time I sauntered past the Han Solo life-size cardboard standee that guarded the back wall for years and years. Naturally, That’s Entertainment also boasted precariously stacked products, including a pile of SF/F related board games. Yes, I bought a BATTLE OF THE PLANETS board game there!

To this date, with its impressive collection of graphic novels, imports, used & new SF books, and action figures, That’s Entertainment is my Favorite. Collectibles Store. Ever. 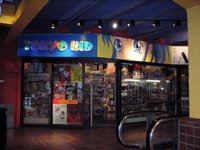 Er, except now it goes by the moniker of "Tokyo Kid." But Man From Atlantis is a lot cooler, don’t ya think? At this point in time, I have my own car, so I expanded my radius to include any collectibles/comic book store I could track down. A friend turned me on to the adventures of Harvard Square, and the discovery of Man From Atlantis therein completed my troika.

This boutique is small on space, but heavy on the anime. The nature and quality of the commodities are first-rate. Clean and well-lit, Man From Atlantis presents an array of anime DVDs (videos & laserdiscs when I first visited, natch), models, and other necessities such as Lum key chains and DRAGONBALL wall scrolls.

To this day, I can’t count how many times I’ve been there. It’s all a big, wonderful blur. 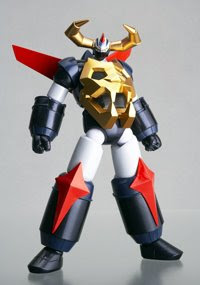 To me, the mark of an exceptional collectibles store isn’t the rows upon rows of glossy manga or Square Enix toys. It’s also that inch of dust on Marvel's pocket-novelization reprints from the 70s, or the paint-chipped edges of assorted, loose He-Man action figures available for $3.00 each or two for $5.00. The sign of a great store is when they care enough to continue displaying that SPACE: 1999 playset far past the expiration date. Then there’s the rare find, a set of pristine comics or rare import soundtrack to the kooky Japanese Spider-man show.

Sure eBay makes finding this stuff easier now, but there's still something about just stumbling across a real find—something you've never known even existed, but somehow you've always wanted!

When the ambiance alone compels me to indulge in a lifetime’s worth of nostalgia, my euphoria could power a thousand suns. Thanks for reliving the journey with me.

While we’re on the subject, take a moment to introduce your treasured finds and favorite collectibles store (plus, name the city/address in case the rest of us are lucky enough to visit it someday)!