Stephenie Meyer’s THE HOST – Is It Science Fiction Romance? 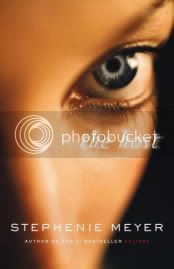 Stephenie Meyer’s THE HOST is the story of Wanderer–a member of an alien species, known as “souls,” who are fast taking over the Earth. The aliens are implanted inside human hosts, thereby taking over the body and displacing the human who had lived in it. Wanderer is implanted in the body of Melanie Stryder–a young woman who had chosen to attempt suicide rather than have her body taken over by the aliens.

Wanderer, a legend among her species, soon finds that Melanie has no intention of being displaced. Melanie refuses to fade away. She remains entrenched, while trying to prevent Wanderer’s excursions into her memories. The stakes are high. Wanderer is being pressured to reveal the location of any other surviving humans. Melanie is desperate to prevent Wanderer from discovering the existence of two people: Jaimie, her adored brother and Jared, the man she is in love with.

When Wanderer starts finding her way into Melanie’s most secret memories, Melanie decides that her only hope is making Wanderer love her guys as powerfully as she does, so she unleashes all her memories of love into Wanderer’s mind–with world-altering consequences.

For those of you who haven’t read it yet I don’t want to go into the plot any further than that. For what it’s worth, I was unable to put the book down, and wandered around quite sleep-deprived until I finished it. I strongly recommend it. And you might find a box of tissues kept close at hand quite useful, too.

But does this book, which has been on the NEW YORK TIMES Best Seller list for several months, qualify as Science Fiction Romance? There’s no doubt that it qualifies as science fiction (albeit that is being marketed as, “science fiction for people who don’t like science fiction.”) But does it equally qualify as a romance novel?

According to Wikipedia: “Novels in this genre place their primary focus on the relationship and romantic love between two people, and must have an emotionally satisfying and optimistic ending.”

Without giving away too much of the ending I have to say that yes, this novel most definitely meets this definition. The entire plot is driven by the refusal of one woman to give up on love. The earlier scenes, as Melanie introduces Wanderer to the nature of her love for Jared, and her desperate longing for him, are among the best in the novel. In the end, the future of Earth and the survival of humanity come down to one thing–love. Oh yes–I know a romance novel when I read one.

So, if you’ll take my word that this is Science Fiction Romance, then I must ask the question: is THE HOST the first SFR blockbuster novel? Will the success of this novel encourage readers to explore the other offerings in our SFR world? Will publishers be more willing to take a chance on SFR submissions? Will current published SFR authors benefit? Or not?

And if you completely disagree that THE HOST is SFR, I’d love to hear your opinions. [Heather’s note: If we can have a spoiler-free discussion, that’d be appreciated]