1001 Ways to Promote Science Fiction Romance, Part I: The Nature of the Beast

Welcome to the first installment of the Galaxy Express’ special weeklong series on cultivating and marketing a subgenre near and dear to our hearts—“1001 Ways To Promote Science Fiction Romance”!

If you caught my post over at Dear Author, you have some idea of where we’re going. And in these tumultuous publishing times, subgenres like SFR have to pull out all the stops in order to survive.

But this time we’re going to up the magnification—exploring the various possibilities for nourishing the subgenre’s potential. The main concentration will be on books, but the issues explored will have relevance to film and television as well. This promises to be an intensive, white-knuckle ride, so this week we’re going to be broadcasting every day.

Our spacious conference room awaits you, and Chef’s laid out a piping hot batch of hors d'oeuvres; your choice of coffee, tea, hot chocolate, and wine awaits you. (Hey, I said this was special!) I even believe I caught a whiff of freshly baked yeast rolls after passing the galley.

So with that said, let’s dig in and get to it!

Science fiction romance, as it currently stands, is a niche genre. You aren’t seeing it advertised on Times Square billboards or buying Happy Meals filled with toys celebrating it. But since you’re here reading these words, there’s definitely an interest in this scintillating genre—and it’s growing.

Given this, how can the advocates of SFR help give it a leg up in the publishing world? A valid question, but in order to answer it, we first need to outline the top SFR challenges. Alongside these, I propose a few initial ways to overcome them:

1) SFR isn’t a big seller now, there’s only a tight market for it, and the industry as a whole is downsizing. Why devote time to it?

Because just like alternative energy, science fiction romance holds tremendous promise and untapped potential—it just needs to be harnessed and directed. It also depends on which market is under discussion. Some are more open than others.

2) The genre is too bifurcated between romance and science fiction to be a mainstream success.

Upon prepping his follow-up to STAR WARS, George Lucas realized he had to address several criticisms—one being that the sequel needed to attract more women of all ages. Low and behold, there’s a strong romantic thread in THE EMPIRE STRIKES BACK, despite the plot’s darker tone.

And there it is: Science Fiction + Romance = The Ability to Draw Big Bucks. It just needs the right mix of ingredients. 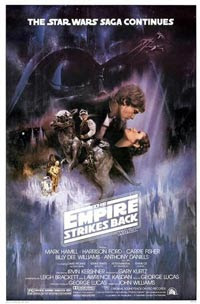 Perhaps, but that can always be remedied. And this subgenre offers loads of action and adventure, mystery, and thrills in addition to solid characterization and romance. Elements that would appeal to, say, fans of authors like Suzanne Brockman.

This factor, of course, depends on who is submitting work at any given time. For all we know, authors are pitching plenty of quality SFR, but the works are rejected because of the tight market or editorial conflict. Yet some creative risk taking by publishers can yield highly lucrative results, as we discussed here.

Conversely, the premises and/or writing could be falling flat. Some craft issues can be remedied, others not. But simply by examining the successful SFR stories already available, we know entertaining stories can be told. And how many writers have the ability and desire, but didn’t attempt it because of the reality of a tenuous market?

Then there’s the challenge of offering an appealing blend of SF and romance to satisfy readers from different backgrounds. Some want less peanut butter than jelly; others crave more. Compounding this, authors are under pressure to deliver both elements with equal skill. But given enough books, these issues become increasingly less problematic since authors would write a variety of stories to meet a variety of needs.

In fiction, one size will never fit all. But a carefully nurtured genre can fit most.

5) Because of its dual genre nature, SFR is difficult to market, especially regarding book covers.

Stories inspire covers, and so it behooves authors (published and aspiring) to write the tales that will make marketing departments swoon. If they see a book’s commercial appeal, it’s the one that gets the kick-butt cover, a sizeable print run, and bigger marketing pushes. Flashy titles are also a plus.

Marketing departments are accustomed to overcoming such challenges, but why not mitigate any problems from the start?

Many times a marketing team faces ridiculously fast turnaround times. They just don’t have the time to consider every angle of a story and its intended audience. They also may not know the genre or demographic as well as they should. This is where a little input from authors and readers would facilitate the development of stronger marketing campaigns that foster a cohesive strategy for tricky subgenres like science fiction romance.

After all, even marketing experts can’t successfully market something they don’t understand.

6) Okay, but I still think SFR is too much of a niche genre to achieve success similar to subgenres such as paranormal romances or urban fantasy. How can it succeed if only a handful of readers know it exists?

This is exactly why we’re going to focus on that very point for the duration of our journey this week.

I’d like to acknowledge that the process isn’t a peaches and cream scenario, either—be it for fans, authors, or publishers. For any genre to achieve even a moderate level of success, a certain amount of heavy lifting, hair pulling, and headaches exists. And even then, there’s no guarantee.

But, the rewards can be—and will be—equally great as well.

So, my keen passengers, are there any other challenges you’ve identified? Might as well lay ‘em all out now so we can tighten our belts and yank up our bootstraps for the climb ahead.

Next up, we’ll cover the power and perils of tapping a niche genre’s true potential. Don’t miss it!