Who Should Publish Science Fiction Romance? 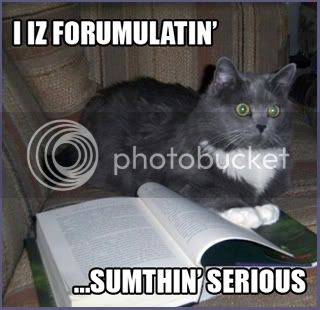 This post is more of a lament on my part, having come across comments in the blogosphere a few months ago wherein some other folks lamented about the lack of hard SF elements in science fiction romance novels, mainly those released by romance publishers.

Consider also an issue that dovetails with the one above: There are concerns that some stories—released by SF publishers more often than not—leave readers cold when it comes to the romance. Either there isn’t enough of it, or the execution fell short of expectations, or both.

Both good romance and good science fiction involve a significant amount of craft, and there are plenty of great books in both genres to demonstrate the abundance of talent that abounds. Yet, another related observation I’ve seen put forth is that authors who do both well are few and far between. Is that really the case, or are there other considerations?

All of the above brings me to this point: Might it be beneficial to examine the writing and publishing of science fiction romance as a scope of competence issue? Scope of competence “…defines or limits what the individual within the profession may do and is determined by one’s education, training and experience.”

In other words, to what extent should readers expect an author to be well versed in both SF and romance? (To clarify: I'm not talking about authors getting degrees in astrophysics, psychology, and sex therapy!) Do the books on the market reflect such knowledge—or a possible lack of it?

Authors aren’t the only ones on the hot seat. Are editors equally versed in SF and romance regardless of publisher? Is the ideal an editor who’s had experience editing both SF and romance books? In light of our discussion about the early futuristic romances, are editors on both sides of the genre fence more competent now than they were 20 - 30 years ago?

I realize that scope of competence will never be a formal variable in publishing the way it is in the fields of mental health, law, or medicine, but how would you feel if more authors and editors expanded their science fiction romance skills by adapting the model of continuing education? For example, this might involve becoming more widely read in SF and romance novels, taking advanced workshops, or having manuscripts vetted by the relevant experts.

None of this could be realistically tracked, of course, and some authors and editors have already committed to these types of efforts. But given the concerns that have historically plagued SFR, I can’t help but brainstorm a few possibilities that could potentially address them.

And another thing—should authors write solely to the readership based on the publisher releasing their books? In some cases, it’s probably a balancing act between art and commerce (and career survival). I can understand why, say, inspirational romances won’t venture into experimental territory. I can understand why most hard SF novels won’t have the real estate available for a romance arc.

But why shouldn’t science fiction romance have a little more wiggle room, regardless of publisher?

For example: Will we ever see a science fiction romance with hard SF elements from Harlequin? I imagine that if a Harlequin author wanted to pen a tale akin to Catherine Asaro’s SUNRISE ALLEY, his/her agent might have to shop the book elsewhere, either because of the perception/fact that Harlequin readers would frantically apply the brakes when it came to such a story, or the publisher itself is reluctant to allow their editors & authors to increase their scopes of competence.

Anyone can publish science fiction romance, of course, but the reality surrounding and constraining creative issues still bites the big one.