When I blogged that science fiction romance is an ideal subgenre in which to “push a few envelopes,” I was referencing an area that a number of authors are already exploring.

A few, but not enough.

It’s a point worth reiterating in light of the fact that anyone currently writing SFR has an opportunity to shape its direction in a significant way.

This subgenre has the potential to outperform all other romance subgenres when it comes to pushing boundaries and engaging in heavy extrapolation regarding love and romance in the future, based on changes that are already sweeping cultures across the globe.

Now, I have nothing against comfort reads. I’ve been comforted a time or three myself. Even so, a comfort read for me does not always equate to a comfort read for someone else—hence the need for variety. What if SFR gained a reputation for daring, fresh, and innovative stories—especially when it came to the romance? Ask yourself if you’re excited or hesitant about such a development. Then consider it from this angle: some of the books we now consider to be our individual comfort reads were once considered daring, fresh, and innovative.

Reader expectation plays a crucial role here. Readers accustomed to linear storytelling—years of it in many cases—are often resistant to stories that explore non-linear avenues. Experimenting with formats, timelines, language construction, and new terms are essential to much of science fiction writing. And those new to the genre can face a learning curve, sometimes a steep one. Many readers are reluctant to expend the effort involved.

Adherence to a strict HEA formula can also be incredibly limiting in SF terms, and it’s challenging to explore alternate sexualities and social constructs while preserving the monogamous couple entity forever and ever. When I read an SFR story that meets this challenge head on, I know how strenuously an author has worked to achieve this goal.

Readers of science fiction romance have to want the unexpected. You have to want to expend the effort it takes to familiarize yourself with a whole new set of techniques, concepts, and themes. Some folks prefer to stay within their favorite genres, and I’m not questioning that. But SF, which questions the very nature of things, dares readers to explore themes outside of their comfort zones.

In other words, only the adventurous reader need apply.

Thankfully, niche subgenres and the authors who write them aren’t always limited by mainstream straitjackets rules. These stories have a way of finding readers in all sorts of creative, grass roots ways, and have done so for hundreds of years.

Prejudices, no matter what their nature or origin, obstruct art. I find it endlessly dismaying how infrequently readers, writers, agents, editors, and marketing personnel fail to question their own biases—myself included because no one is immune. This is especially true when it comes to LGBT themes/concepts in science fiction.

Prior to the 1960’s, you see…well, let’s just refer to those decades as The Dark Ages regarding sensitive portrayals of LGBT themes in SF—if they were there at all. References to homosexuality often went hand in hand with rampant discriminatory passages, and/or depictions of gay or lesbian characters as evil. 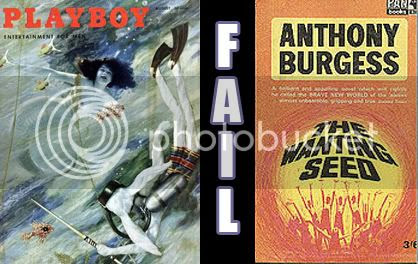 Jumping ahead in time, Theodore Sturgeon’s “The World Well Lost” (1953) represents a milestone of “science fiction’s portrayal of homosexuality.”

From the 1960s to the 1970s, the civil rights movement influenced “sympathetic depictions of alternative sexuality and gender…in science fiction and fantasy.” Feminist SF authors wrote stories in which a “variety of gender models were the norm.”

The 1980s was a period in which the depiction of alternative sexualities in science fiction became increasingly commonplace, as indicated by the appearance of LGBT anthologies and also gay characters.

However, even though gay characters have had a lingering presence in comic books, manga, and fandoms such as DOCTOR WHO include a strong gay following, LGBT themes have been pretty much invisible in mainstream media—until recently, thanks to TORCHWOOD and the appearance of Captain Jack Harkness. 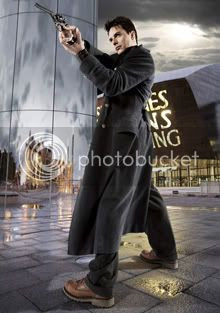 Next time, we’ll explore the roots of the m/m subgenre and what it means for science fiction romance.

Now I’d like to invite you, my curious passengers, to speak your thoughts on GLBT themes in science fiction. How far do you think we’ve come, and how far must we yet journey?