Can This Harlequin Cover Be Saved?

Frankly, I’m waiting with bated breath to see what kind of cover HQN will award Susan Grant’s forthcoming science fiction romance—you know, the one featuring a heroine space pirate. As many of you know, Ms. Grant hasn’t exactly lucked out when it comes to covers for her SFR books. There’s been very little consistency, and the stock image lameness is enough to make the book gods weep.

See what I mean? 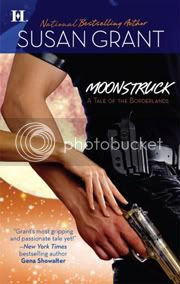 A crying shame, right? Yet, all is not lost. To HQN, I say, it’s not too late! You have a righteous chance to create a stunning, envy-inducing cover for Ms. Grant’s space pirate book. Wow us with your ingenuity and marketing savvy, because we know you have the cojones. (Right?)

In other words, space pirates are full of badass awesomesauce, so screw this one up at your peril.

Obviously, I keep giving this issue a lot of thought. Not just for space pirate stories, but for all science fiction romances, because branding is very important. One reason is that when I and others *cough*LoveLetter*cough happily spread positive word of mouth about the books we enjoy, it can only help matters sales if there’s an intriguing cover in the mix. I mean, why would a publisher shoot itself in the foot by killing a book’s chances before it’s even out the door? Honestly, who does that?

So I’d like to outline what kind of cover would help make a splash for Ms. Grant’s space pirate book. I thought it’d be an interesting exercise to break down the elements that could should go into her cover, but from the point of view of each party involved. My goal is to include ideas that everyone might agree about and/or perceive as important, not just what I personally would want.

Let’s kick things off with the title. For space opera, a title with an epic feel should just roll off the tongue. HQN, please greenlight a title for Ms. Grant’s book that’s really organic to the story instead of relying on trendy keywords. Also, don’t even think about resorting to the whole tempting the pirate/seducing the pirate/bride of the pirate nonsense. (Even historical romances don’t deserve such trivial titles.) Ms. Grant is writing about a heroine space pirate which alters the relationship dynamic considerably. Her book is not a historical romance in space, so please don’t package it that way.

(But a little sexiness in the title can’t hurt, either.)

HQN, you almost can’t go wrong with an illustrated cover. Or, at the very least, a customized photo shoot. Spending some $$$ will send the message that you care enough to send the very best book out into the world. Since covers can make or break a book, investing more up front is worth its weight in gold. I figured you’ve saved a bundle with Susan Grant’s covers to date, so she’s overdue for a cover overhaul.

Here’s more food for thought. Since “sometimes Harlequin has trouble finding male models for the cover photo shoots,” feel free to forego the hero altogether on this particular book. You save money, and readers will have heroine Valeeya Blue all to themselves. Boo-yah!

We know that as far as selling romance books, it’s all about the clinch. Not just any clinch will do, however. Booksellers, I’m sure you’ll pass on convoluted pretzel contortions in favor of a tasteful yet striking embrace.

What other elements appeal to booksellers? Well, why not take a “cover” from Mike Resnick’s STARSHIP: PIRATE: 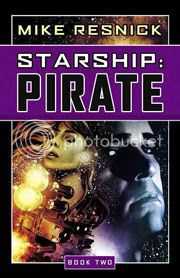 How great is that illustration? I picked up that book just based on the cover & title alone—something I rarely, rarely do. And then the blurb promised a female space pirate! Alas, no romance, as I had hoped, but the cover sure is swoon-worthy.

What about reworking that illustration so that the hero and heroine are facing each other? They don’t have to be touching for it to convey romance. It’s all in the facial expressions, and the blurb of Ms. Grant’s story will confirm the customer’s first impression of the cover.

Wait—do I hear the sound of customers scooping up her book in droves and running for the cash registers?

The author’s main responsibility is to deliver a great story. If that job is done well, the story would inevitably include exciting scenes that would inspire great covers. What author wouldn’t be pleased as punch with a cover featuring a cool scene from the story?

Another idea would be featuring illustrations that accurately represent the characters. In MOONSTRUCK, for example, Ms. Grant worked hard to describe Finn, her space pirate hero. He was hot and dressed to the nines in pirate gear, and what does HQN do? That’s right: #Coverfail.

Authors don’t have much control over covers, but they do have control over whether or not they communicate to their publisher about their covers. And remember, bloggers blog about two kinds of covers: Bad ones—and great ones. 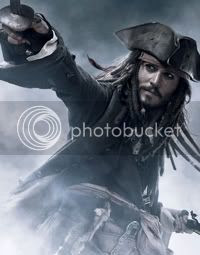 Check out Captain Jack Sparrow from PIRATES OF THE CARIBBEAN (made you look, didn’t I?!). Yes, Johnny Depp’s performance sells the character, but he also contributed significantly to the character design. I found his outfit infinitely distracting because it had so much going on—almost a character in and of itself. The clothes elevated Sparrow to a whole ‘nother level.

Especially in the case of a heroine space pirate, it’s all about the accessories. If an author describes this kind of character with a to-die-for headband/hairstyle or a unique sounding gun or sleek red boots, I want to see that on the cover. Whatever the look, give us the visual to enjoy and drool over. Because yes, in the case of Ms. Grant’s book or any other, I want to vicariously experience becoming this eternally hip heroine, and a well illustrated cover or meticulously costumed, expertly photographed model is the closest I’ll ever get to being a real space pirate.

So, how would you design the cover?