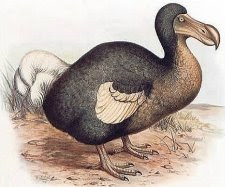 Recently, the lovely, ever bubbly Katiebabs of Ramblings on Romance was thoughtful enough to send me a link to GalleyCat’s article The Fate of the Newspaper Science Fiction & Fantasy Review.

In a style jiggered to keep one's gaze glued to the text, the first line reads “Will the Internet kill newspaper science fiction & fantasy book reviews?” The post was based on a piece at Suvudu which explored if book reviews were “an endangered species.”

Here are some choice quotes from the Suvudu article:


Mark Graham stated “Most editors and publishers are even older than I, and they have always considered SF/Fantasy a second-class citizen. Sadly, they are not being replaced by younger folks who might feel differently. Instead, the newspapers are going out of business, killed by the Internet that these same younger folks embrace.”

He adds that “…book review sections, however popular they may be with readers, don’t bring in advertising dollars.”

Jim Hopper: “The papers are not saying that books are no longer news, but they’re not giving many opportunities for reviewers to make any books newsworthy.”

Robert Folsom: “But ad revenue has been down, and that’s what has hurt newspapers’ bottom line. So when sacrifices have been made, they made no sense. It isn’t that newspapers are saying that books are no longer newsworthy; newspapers are simply floundering.”

One of the quotes indicated that newspapers are responsible for maintaining a certain level of literacy (presumably in the United States). To that, I say, why couldn’t teh Internets also share in that responsibility?

It’s all about the content, no matter how it’s delivered. I could envision a similar scenario years ago, , namely people in the telegraph industry arguing the art of communication will decline with that new fangled device called the telephone.

There’s lots more in the article, all of which made for fascinating reading. It got me mental wheels a-spinnin’: Print mediums will most likely convert to digital platforms at some point in the future, but until they start exploring those types of revenue streams, they are facing an uphill battle. With information readily available on the Web—for free—newspapers inevitably lag behind the times.

Warren Buffet isn’t bullish on news media in print. Yet newspapers will exist for years to come, if only in a declining state because there are still millions of people who prefer to obtain their book reviews from papers and magazines and they are willing to pay for it—whether or not they own a computer or e-reader such as the new large-screen Kindle.

Still, newspapers are facing fierce competition from blogs, Twitter, MySpace, and their cousins and extended family. Blogs especially have assumed some of the functions that were formerly the domain of newspapers and magazines, namely book reviews.

The fate of newspaper book reviews is a newsworthy topic, bringing with it the issue of how authors, publishers, and other industry players adapt—or don’t—to such changes.

More on that next time.

But right now, what’s your take on the fate of newspaper and magazine book reviews? Are we losing a valuable cornerstone of book culture, or is it simply a matter of a scenery change? What about genre books? SF&F fare has already gotten a raw deal by print reviews. Will they especially suffer from newspaper budget cuts, or will the Internet make up the difference?