How Will We Eliminate Body Hair in the Future--Or Will We Even Care? 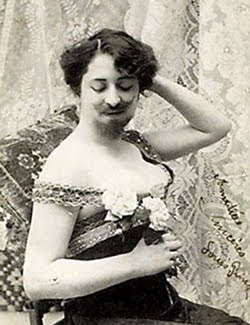 In Patti O’Shea’s ETERNAL NIGHTS, there is a prolonged chase scene in which the hero and heroine—Wyatt Montgomery & Captain Kendall Thomas—don’t have access to hygiene resources, let alone time to luxuriate in a hot, scented bubble bath. One of the first details I wondered about was the heroine’s body hair: Did she have stubble on her legs/underarms after a day or so of scrambling around in the pyramid’s maze? I don’t recall the issue being described or resolved, and when she eventually did bathe, we aren’t told if she had to shave.

Blast that! Well, I had a solution. You see, whenever I encounter a lack of such realism in science fiction romance, my default conclusion is that the heroine/hero had undergone a procedure to remove unwanted body hair permanently prior to the story’s beginning. (Yeah, I’m considerate like that!)

The above example highlight’s two related issues: Realism in romance and an exploration of cultural practices as they relate to body hair. There have been frequent discussions in the romance community regarding realism in romance, particularly as it relates to hygiene. This is a discussion usually held in the context of historical romances, yet I’ve not encountered one devoted exclusively to science fiction romance.

Copper razors date back to circa 3000 B.C. Historically, “For women, the practice of shaving the legs derives from a current cultural standard in the West that deems leg hair on women unattractive. This standard emerged during the early twentieth century, as women's legs became more visible owing to shorter hemlines, and when the safety razor made the practice of leg shaving practical.”

Other than a means of making razor moguls filthy rich, leg shaving possibly creates the impression that a woman is young and fertile (less so than her older, hairy-legged counterpart). If men shave body hair, it’s frequently done in the context of sports, modeling, or combat situations. Holy double standard, Batman!

But how much longer will we rely on wet or electric shaving methods? Will we ever invent the ultimate depilatory cream or electrolysis procedure? Or might we eventually manipulate our genes to the point that we can control hair growth across various parts of our bodies? What if, in the future, a society adds cloning to its reproduction repertoire? Will the lack of leg hair really matter anymore?

I've read that we have less need of body hair now than in the past. Scientists have speculated that we shed our fur for health reasons. Made me wonder if we’re evolving toward a state of complete hairlessness. If our ability to zap harmful micro- and not-so-microorganisms becomes a readily available technology (e.g., sanitizing sprays instead of showers), would a hirsute appearance remain a cause for concern?

What's nifty about science fiction romance is that it has the potential to explore the issue of body hair and it's role in the attraction heroes and heroines have for one another. It doesn't have to be a factor in every story, but if an author wanted to inject such realism into the worldbuilding, I say bring it on.