Interview With Lisa Lane, Author Of LOVE IN SPACE 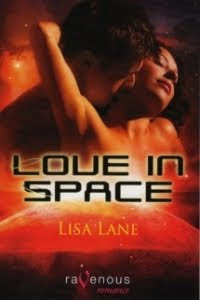 That, in a nutshell, is LOVE IN SPACE by Lisa Lane.

Going in, I knew nothing about the story. I tend to avoid spoilers and even jacket copy descriptions because I like being surprised, and boy was I ever. The title promises space opera, but says nothing about the overall tone. The cover image especially does absolutely no justice to the story’s wacky high jinks. The prose has a definite fan fiction feel, which depending on your taste could be a plus or a minus. At times, I couldn’t tell if some of the absurdist worldbuilding elements were tongue in cheek or not, but if you read it with the understanding of all camp, all the time, there’s plenty of fun to be had.

Once I finished the book, I concluded that this galaxy hopping, hopped-up-on-dilithium-crystals space romp is for fans of the above shows and those who adore comedy/camp/pulp with their science fiction in a fierce, fierce way. Truthfully, I was surprised at how much the story entertained me (which is more than some mainstream print romances have done), and so I asked Lisa Lane for an interview to learn more about her work.

But first, here’s the premise for LOVE IN SPACE:

Captain Nora Bradley has full intentions of keeping her relationship with former classmate, and now First Officer, Robert Smith, purely professional, when she hires him. The two, along with a crew of top professionals in their fields, embark on a journey into regions of space not yet charted.

Along the way, the crew endures a space flu that puts the entire ship in fevered frenzy, alien races that change the crews’ perceptions of size, compatibility, and companionship, and hitchhiking shape-shifters that will do just about anything to keep their sensuous human forms. As the crew endures, Nora and Robert find it increasingly difficult to hide their love from one another. Once they profess it, however, can their love survive a mix-up with the shape-shifters, the unexpected takeover of their ship, and intergalactic war?

And now for my interview with Lisa Lane:

The Galaxy Express: Please tell us a about yourself and your path to publication.

TGE: What are three things potential readers should know about LOVE IN SPACE before embarking on the journey?

LL: Potential readers should know that LOVE IN SPACE does everything but take itself seriously, paying heavy homage to the campy humor found in my favorite episodic greats. They should also know that LOVE IN SPACE is designed to emulate the feel of an episodic adventure, the novel being divided into seven “episodes” that mesh into one collective story. Finally, the story pays homage to numerous romance influences, as well as my favorite pulp and speculative science fiction authors, and I invite readers to look for the many literary “Easter eggs” that I have hidden throughout the book.

TGE: LOVE IN SPACE is a literary mashup of various SF shows and films. How many, exactly, and which ones?

LL: My main influences for LOVE IN SPACE were STAR TREK and RED DWARF, but I also incorporated aspects to the soap operas I watched as a teenager, ONE LIFE TO LIVE, GENERAL HOSPITAL, and ALL MY CHILDREN. Other huge influences were GALAXY QUEST, STARSHIP TROOPERS, and THE TWILIGHT ZONE. 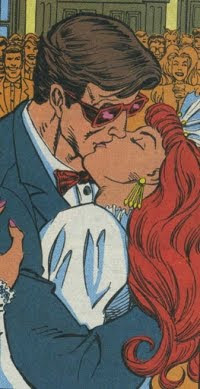 TGE: Who is your favorite science fiction romance couple (from film, television, or books), and why?

That’s a tough one. I think Amanda and Kyrian in Sherrilyn Kenyon’s NIGHT PLEASURES of the DARK HUNTER series was pretty hot, especially because their relationship did so much for one another and their trust was a key element to the book’s climax. Neo and Trinity in THE MATRIX trilogy are probably my favorite sci-fi film couple, just because their love is so deep yet their passion is so primal. With that said, I must admit that my all-time favorite science fiction couple actually comes from the Marvel comic book, UNCANNY X-MEN: Jean Grey and Cyclops. Their love survived the most trying of hurdles, including Jean’s supposed death (Phoenix Saga), Cyclops falling in love with her clone (Goblin Queen), and the many alternate universes that tangled their lives. I know—I’m a geek.

TGE: If you could visit one of your favorite science fiction settings, where would you go?

LL: I would love to visit the android planet in LOVE IN SPACE (without being captured and preserved in a “habitat,” mind you). I think it would be neat to explore the electronic forests, encounter the mechanical creatures, and interact with the wanna-be-human androids. I had a great deal of fun creating the android planet; what I love most about it is the society the androids built to emulate earth and every life stage of humanity. I think we could all learn a little about ourselves from them.

LL: I am currently working on a sequel to LOVE IN SPACE’s sister book, LUST IN SPACE. The story follows the crew of Pandora’s Hope as they encounter new alien races, experience new ethical and romantic dilemmas, and complicate their lives in fun and provocative new ways. I hope to have it available through Ravenous Romance within the next couple of months.

For more information and general updates, readers can visit http://www.cerebralwriter.com and my newly-launched erotica blog, http://www.newsensuality.blogspot.com.

Thanks so much for having me!

Ms. Lane, thanks for your time, and for your art.