The Art of the Gateway Protagonist in Steampunk Romance 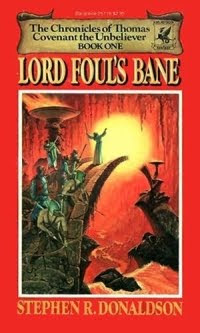 The idea of a gateway or portal transporting a protagonist to an alternate time/dimension is a common SF/F trope. Madeleine L'Engle's A WRINKLE IN TIME, Stephen R. Donaldson’s Thomas Covenant chronicles, and John Norman’s Gor books come immediately to mind.

Now, when this "gateway" protagonist—usually a Westerner—is from the reader's contemporary time/culture (or close to it), it becomes a character with whom readers can easily identify and serves to help orient them to the exotic world the author has created. Readers process—and question—the new experiences right along with the protagonist.

That said, what are the chances of three books in the burgeoning steampunk romance subgenre featuring a “gateway” protagonist who time/dimension travels to the steampunk setting? Pretty high, actually! I read three books featuring a hero or heroine who inhabits the gateway role, but the stories couldn’t be any more different.

Katie MacAlister’s STEAMED is a lighthearted romp in which a lab accident transports hero Jack Fletcher to an alternate steampunk world. In Nathalie Gray’s gritty FULL STEAM AHEAD, heroine Laurel Benson-Desmarais unwittingly sails into a Bermuda-triangle like vortex only to face off with a steampunk Captain Harlock. And hero Colonel Braedon Carey from Pauline Baird Jones’ novella TANGLED IN TIME (December 2010) heads into steampunk territory after colliding with a mysterious object in an alien portal.

While I didn’t know about the shared commonality going into the stories, I can understand the advantages of doing so. Steampunk romance is a new subgenre. A gateway protagonist is one method of informing readers new to it about the world an author has created, and it can help convey descriptive detail without resorting to info dumps.

You won’t hear any complaints from me regarding the above gateway characters, which didn't strike me as planned in any way. The question is, will we encounter more of them in the next round of steampunk romances? What are the pros and cons of employing the technique for such a new subgenre? 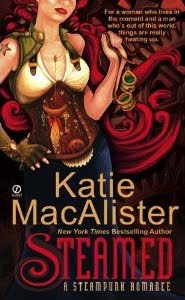 Using gateway characters means that authors have to show how they adjust (or not) to the exotic setting. How much time is devoted to this aspect depends on the story. In STEAMED, Jack is a big steampunk fan and therefore his adjustment is relatively quick and painless. FULL STEAM AHEAD’s Laurel has never even heard of steampunk, so her angst-ridden adjustment takes longer. Braedon relies heavily on his military background (e.g., he conducts a “situational awareness” assessment) in order to adapt to his new surroundings. Adjustment issues can be used to good effect, for example, when it leads to conflict between the hero and heroine (FULL STEAM AHEAD nailed this one).

But frankly, I’m torn about gateway protagonists and the time it takes to focus on adjustment issues in a steampunk romance. If too little time is taken, I have difficulty suspending disbelief. Too much and I worry there won’t be enough space left over for the romance, character development, and speculative elements.

Then there’s the issue of audience and reader expectation. If a reader is new to steampunk romance, then a gateway protagonist can help the reader adjust to the steampunk elements. It’d be a useful technique in stories that are heavy on the worldbuilding. But there are probably many readers new to steampunk romance—does that mean that every book should have a gateway protagonist? Is it something editors will look for when considering submissions at this stage of the game? Who are the stories for if not readers disposed to enjoy them?

Readers familiar with steampunk may find such a character redundant or be disappointed that either the hero or heroine is a contemporary character rather than originating from the steampunk world. And if the gateway character’s job to interpret the steampunk world is too transparent or hijacks the narrative, it can botch the story altogether. 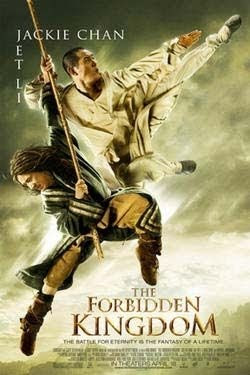 In a typical move by ivory tower executives, Hollywood mucked up what should have been a historical milestone in martial arts films, namely, the pairing of legendary film stars Jackie Chan and Jet Li. How badly did the suits molest this project?

A discovery made by a kung fu obsessed American teen sends him on an adventure to China, where he joins up with a band of martial arts warriors in order to free the imprisoned Monkey King.

Did you catch the part about the “kung fu obsessed American teen”? That.

THE FORBIDDEN KINGDOM illustrates with unmatched aplomb how and why not to use a gateway protagonist. I am a diehard martial arts film fan (and hardly a stranger to the Monkey King), but I have zero interest in seeing this film. Instead of focusing on the exploits of Jackie Chan and Jet Li, the film moves the American teen’s coming-of-age tale front and center.

Yup. Smart way to alienate the fans (including Western ones) who have driven the surge in popularity of these films over the decades. Even Jackie Chan thought it was a dumb idea—and even said so before the movie was released!

Essentially, the studio tried to make a martial arts film for—wait for it—people who don't like martial arts films. Surprise, surprise...it didn't work. Non-fans didn't care (why should they?), and the fans mostly hated it (why shouldn't they?). This begs the obvious question: WHO was their target audience?

While I’m not saying authors should avoid using gateway protagonists in steampunk romance from now on or that I’d run screaming from them, I am saying please use them judiciously and craft them in such a way that I can't imagine the story going in any other direction.