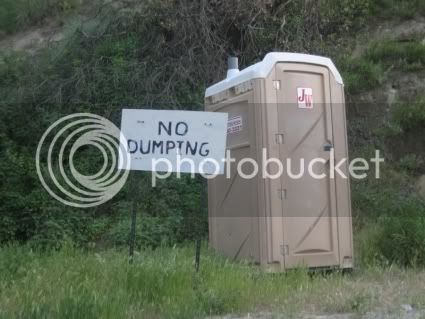 In response to my post about post-apocalyptic romances, Galaxy Express passenger AnnaM. posed the following questions:

Heather, you mentioned the possibility of an SFR dealing with these gritty details, but do you think that's actually saleable? Do readers want more gloss on their SFR? Do the readers really want to know the smelly dirty details like that in a romance?

But what about science fiction romance in particular? The subgenre makes use of so many settings and such a variety of characters that I expect a minimum standard of gritty details. Science fiction romance is a subgenre of diversity and pushing envelopes. The stories frequently involve war and quests and all kinds of intimacy with nasty alien goop—how could authors not include the gritty details?
Not only that, but going gritty is one way to ensure SFR maintains a distinct identity from other romance subgenres. Gloss, schmoss—SFR shouldn’t be afraid to get down and dirty. Show me the injuries, the blood, the pain. I embrace the notion of authors challenging me with gritty details that ground me in the story, even if they reek of the squick factor.

That said, it doesn’t mean every book has to include details like underarm odor, stubble, or the conundrum of where to dispose of one’s saturated menstrual pad while tracking a villain across the desert of an alien planet. They have to be integral to the story.

It also depends on the story. Tales occurring in the jungles of alien worlds or in war torn territories lend themselves to gritty details more than, say, a story about scientists in a cleanroom. Gritty details during a combat situation demand to be told. For instance, what if a heroine soldier really really really really had to urinate—or worse, have a bowel movement—right smack in the middle of boarding an enemy starship? I sometimes wonder about things like that and yes, I’d be interested in reading about how such a scene might play out. It could lead to some interesting situations between the hero and heroine or increase the tension. I would certainly be rooting for her bladder, that’s for darn sure!

There’s also the practical issue of word count. Authors can only include so many gritty details if there’s a word count limit or they are choosing a short form such as a novella.

In the end, execution is everything.

In her comment, AnnaM. presented an interesting idea to tackle. She stated “I have a draft in which I make a joke out of there being no toilet paper after the hero/heroine and others are stranded on an alien world.”

Me, I want that gritty detail. If the hero and heroine are stranded on an alien world, I must know how they are navigating the lack of toilet paper and Port-a-potties.* Is there a futuristic butt sanitizer that comes in convenient travel packs, or something? Otherwise, I would have a difficult time suspending my disbelief. And that’s nothing to joke about.

What’s your vote on the gritty details?

*By the way, did you know that portable toilets also go by the brand names of “Biffs” and “Toi-Toi”? Fascinating.