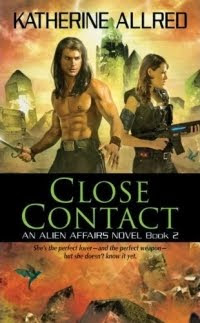 A Genetically Engineered Person and self-proclaimed "party girl," Echo Adams loves her diplomatic job entertaining alien bigwigs for the Galactic Federation. But the Bureau of Alien Affairs has discovered she's much more than she thinks-that a rogue scientist endowed her with skills and psi abilities dwarfing those of common GEPs. And suddenly Echo's luxury life is over, replaced with a far more dangerous one: a special agent expected to not only chase bad guys, but eliminate them.

Echo's hates being stuck on Madrea-a planet of technophobes off limits to Federation visitors-hunting for a stolen quartz crystal with a powerful alien lifeform embedded inside. She despises the Bureau's restrictive rules-especially the one warning her away from the dangerously seductive Commander of the King's Forces. And if she doesn't learn how to use her alleged super-psi powers soon, her partying days-in fact all of her days-will be over for good. 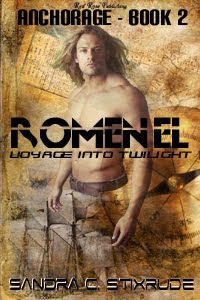 Something is hunting mercenary commander Romenel Devar, a monster disguised as friends and loved ones, so he can't even describe it. He knows it's slowly killing him, though, and he desperately needs help.

Marya and Roke have retired to their house on the steppes, their lives finally peaceful and uneventful. When Romenel collapses on their front doorstep, Marya reminds her husband that no one retires from being a hero.

Their journey takes them to the other side of the world where hordes of monsters lurk and the rules of society have been turned on their heads. Romenel needs to understand both this strange new world and the hints from a distant, shared past to unravel the means to stop the monsters' deadly hunts.

Click here to learn more about the author’s Anchorage series. 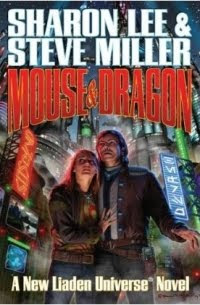 Aelliana Caylon has endured much, and finally, she appears to have won all: a spaceship, comrades, friends -- and the love of a pilot she adores.
Even better that her lover—the man who was destined for her, a man as much a loner as she—is also the Delm of Korval, arguably the most powerful person on all of Liad. He has the power to remove her and protect her from the toxic environment of her home Clan. Best of all, he agrees to sit as her co-pilot and her partner in a courier business.

Even happy endings sometimes show a few flaws. Such as Aelliana's home clan being not as agreeable to letting her go as it had first seemed. And the fact that someone is stealing pilots in the Low Port, which falls within the Delm of Korval's honor. Oh, and the revelation that the man she loves—the man who is destined for her—isn't entirely the man she thought he was. And finally, she discovers that even the lift from Liad she'd so fervently desired, is part of a larger plan, a plan requiring her to be someone she never thought she was, or could be.

More below the cut:

In Hailing On All Frequencies, the SFR Brigade has a smokin’ list of updates including new releases, links to SFR authors blogging, and giveaways.

Jess Granger reported that “Beyond the Rain is a finalist in the 2010 Reader's Crown Awards…” Way to go! Also, the author blogs about her first experience attending the RT Booklover’s convention.

KS Augustin posted a list of places she’s currently blogging and giving away copies of her newest release, IN ENEMY HANDS. Look for her interview and guest post right here at The Galaxy Express the second week of June.

Of particular interest is Ms. Augustin’s response to a post by Ann Wilkes who shared that she reads more male SF writers. Why? “Perhaps it's because I know I won't get any romance in my science fiction.”

Cathy Pegau lists Five Reasons to Read Gini Koch’s “Touched By An Alien”: “Overall, Touched By an Alien is a well-paced, fun read.”

Dirty Sexy Books reviewed GRIMSPACE by Ann Aguirre: “Grimspace came so close to being a perfect science fiction romance in my opinion. I have to give this 4.5 stars for constantly surprising me.”

Rowena Cherry offers her take on the film WATCHMEN:

Here is a movie that appears to straddle a great many genres with a fair degree of comfort. I'm sure there are others that cannot be neatly boxed as this genre or that. That might be a good thing for those of us who write speculative fiction or alien romances.

Over at Bev’s Books, The great vintage science fiction romance hunt begins. If you know the titles of any pre-1980 SFRs that were released by romance publishers, hie thee to Bev’s blog and let her know.

Got any science fiction romance news or links of your own to share?