What Are The "Must Read" Science Fiction Romance Books? 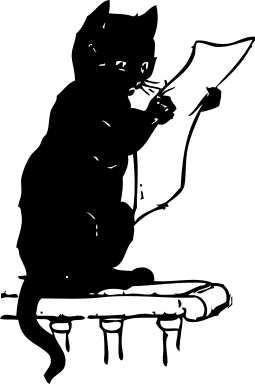 A Galaxy Express passenger—her name is Tamara—contacted me recently to inquire if a “Top 10 or 100 list” of science fiction romances was available. And boy, did that question ever spark the proverbial light bulb.

I’m constantly making SFR recommendations, and I sent Dear Author a personal top ten list, but hadn’t ever compiled a formal one for this blog. By “formal” I mean one that can serve as an official showcase list, not to mention a go-to list for readers new to the genre.

I thought we might put our heads together and brainstorm a list. How long should it be? I think 10 is too few, and anything over 100 will make readers’ eyes glaze over. And I’m not sure if the list would be effective if it’s simply a regurgitation of every available book. If possible, it would be nice to have a balance of popular and/or bestselling titles as well as those that represent the subgenre well, even if an author only wrote the one book.

Also, if we are telling readers new to the subgenre to expect science fictional elements, my feeling is that the books should be traditional SFR, meaning few paranormal/fantasy elements (although there might be exceptions depending on the quality of the book or its impact on the subgenre).

One issue that arose as I contemplated this list is that a few authors have written multiple SFRs or have included romances in multiple books. Would we choose one representative title or refer readers to their body of work? For example, Sharon Lee and Steve Miller, Anne McCaffrey, Lois McMaster Bujold, Catherine Asaro, Linnea Sinclair, Susan Grant, and S.L. Viehl come to mind. Or might we include their first SFR in the list as a place to start?

This list could be subject to change as new books are released. So for as long as I run this blog, it’s a list we can revisit as needed. We may even reach a consensus of just 30, 40, or 50 books for the time being.

I compiled a list of 22 books to get us started. I did not include every book I personally enjoyed because I was trying to maintain as much objectivity as possible (I'll admit some bias might have slipped in but hey, I'm only human!). I could have added more but I wanted to know what the community of SFR readers would vote for as well (and since I haven’t read every last SFR book on the planet—yet—input from you will allow for titles I might have otherwise overlooked).

Please suggest titles—in the most objective way possible—for this list of “must read” science fiction romances. Let's have fun with it. The list may not be perfect, and may not satisfy everyone, but in the end we will all have one to share with other readers.

I will update it after the discussion gets going. In the interest of closure, I will make the final decision if we happen to compile a list of over 100 books (I know. I'm such a tyrant!).