Parallel Universe: I Share That Dream by Pauline Baird Jones

“I have a dream that my four little children will one day live in a nation where they will not be judged by the color of their skin, but by the content of their character.” —Martin Luther King, Jr.

I spent a lot of time mulling the topic of diversity for this blog event and found my thoughts doing a homing pigeon to a recent experience I had during a panel on civil rights at a science fiction convention. I came to the panel in support of a friend who is wise, kind and sees people by “the content of their character, first and always.” She doesn’t have to say she is not a bigot, because she lives her life in a way that you know it.

big•ot•ry
1. stubborn and complete intolerance of any creed, belief, or opinion that differs from one's own.
2. the actions, beliefs, prejudices, etc., of a bigot.

At its heart, bigotry is a denial of and a rejection of the individual as a person. By refusing to see the individual instead of the group, by denying the basic humanity of someone, the bigot can feel comfortable with their perception because this or that group isn’t “real” or valuable. At its most extreme, this denial of “realness” can lead to denial of the right of life, liberty and any pursuit of happiness.

So one would reasonably expect a panel on civil rights to embrace individual rights and reject bigotry in all its forms, right?

Despite the promise of a “civil” discussion, I was—sadly—unsurprised when one of the panelists—a white guy—began his introduction by stating, “I am not a bigot.” Before he continued, I knew he really was a bigot, but—in his estimation—he was an “acceptable” bigot. He was bigoted against anyone who didn’t agree with him or made choices outside his box of “right” and comfortable with those “boundaries.”

For that hour, I felt under attack by a man who claimed to support a woman’s right to choose—and then didn’t—not a state conducive to bridging any gaps between misunderstood groups. Over time emotion faded, replaced by a mulling of what I would have said if I’d been seated on that panel.

From the program guide, the purpose of the panel was to score SF/F authors and literature on “how we treat our fellow humans and how literature and media deal with…civil rights issues.” There was a general desire that there be a more equitable representation of all groups in the industry—a desire marred by the comfort too many in the audience had with the one panelist’s bigotry.

It is my belief that these types of attitudes are now, and will be, detrimental to the future of science fiction romance—not to mention society as a whole—if we allow acceptable (i.e. popular) bigotry to dismiss or silence the voices that we don’t agree with. 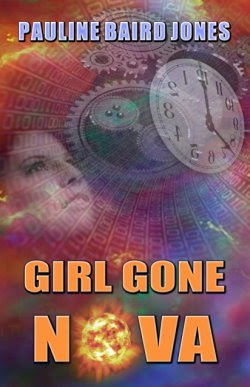 For me, truth can stand a challenge on all fronts and, to endure, it should be challenged by opposing ideas, and yes, even by bad ideas. I don’t believe we will triumph over bad ideas or bigotry by silencing those who hold them. That just drives them underground where they fester and grow, where they can hide until we grow complacent or look away. We need to expose all ideas to the bright light of day again and again. Ideas grow or shrivel when light hits them.

I believe SF/SFR has a role to play in shining this light. At its most basic core, science fiction requires a rigorous freedom to endure and flourish. SF/SFR authors can explore ideas in boundary breaking ways. We can set them in fictional motion and show how, if left unfettered, they might play out in the future.

If we set boundaries on how writers can portray that future, if we accept the limitations of “acceptable” bigotry, we risk losing more than a good read. I believe we need to reject all bigotry everywhere we find it—starting within our own hearts and minds.

BUT and this is a big BUT, true diversity of thought comes from acknowledging that people have a right to believe what they want to believe.

We need to despise bigotry while defending the right of people to feel it, believe it, and yes, write about it. Even though that panelist made me feel uncomfortable, I would never, ever seek to silence him.

We have a right to not like what someone else likes, but we also have a responsibility to defend their right to write the book they want to write. Freedom of expression will only endure if those who want it extend it to all expression.

Remember that every scientific advance, every new idea has been met with resistance by people who thought they knew what should and shouldn’t be. I think that is what struck me the most about the panel: how little had changed from flat world times. Humankind still thinks they’ve cornered all knowledge, when the evidence of history says all we’ve “cornered” is—once again—hubris.

Ideas triumph when people embrace freedom of expression as a basic right. When we seek diversity, I hope we can remember to seek it for all and not just a popular few. It’s so terribly easy to become unpopular.

Pauline Baird Jones is the award-winning author of nine novels of science fiction romance, action-adventure, suspense, romantic suspense and comedy-mystery. her latest releases are Girl Gone Nova and Out of Time (wide digital /limited print release). She's also written a steampunk novella called Tangled in Time that will release in 2010. She's written two non-fiction books, Adapting Your Novel for Film and Made-up Mayhem , and she co-wrote Managing Your Book Writing Business with Jamie Engle. Her seventh novel, Out of Time , an action-adventure romance set in World War II, is an EPPIE 2007 winner. Her eighth novel, The Key won an Independent Book Award Bronze Medal (IPPY) for 2008 and is a 2007 Dream Realm Awards Winner. She also has short stories in several anthologies. Originally from Wyoming, she and her family moved from New Orleans to Texas before Katrina.