“They Came To Talk”

I used to watch 3rd ROCK FROM THE SUN pretty regularly.

One particular episode has stayed with me since this series ran in the 1990s, specifically the one titled “Ab-Dick-ted.” The most hilarious part of the episode comes when teenage alien Tommy (Joseph Gordon-Levitt), in an attempt to impress his human girlfriend, agrees to watch a movie called THEY CAME TO TALK. (The segment is posted at Youtube if you want to relive the scene the way I did while writing this post. Fast forward to 6:49). 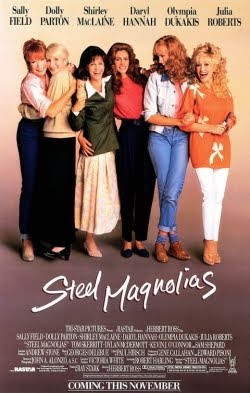 Anyway, Tommy just kills when he requests the tickets to this fictional film, as well as when he reassures his girlfriend by stating, “Anne Bancroft, Olympia Dukakis, and Holly Hunter…what teenage boy wouldn’t want to see this movie?”

I watched this episode with my husband—also an SF fan—and years later “They Came To Talk” is still a running joke between us. It’s not like I have anything against films involving women talking as a plot--except when they’re boring.

The reason this 3rd ROCK episode has been on my mind lately is because I’m reading three—count ‘em, three—science fiction romances in which the basic plotline so far is this: Hero meets heroine, hero and heroine travel aboard a starship, conversation and sexual tension ensues.

Now, this is hardly the first time I’ve encountered this trope. In fact, with space opera type stories, it’s difficult to avoid reading scenes where the hero and heroine spend time getting to know one another while traipsing across the galaxy from point A to point B. In a story where the plot is the relationship, this technique is an easy way to force the hero and heroine into dealing with each other. They can’t just walk out the nearest airlock. (As an aside, it also seems to be a common trope in historical romances when the h/h are aboard a sailing ship).

But is this technique too easy?

I have mixed feelings about this approach. On the one hand, whenever a hero and heroine are aboard a starship, I really can’t complain. I like reading about the shipboard details particular to that story. Frequently, either the hero or heroine is the captain, and one or both have an interesting occupation. This strategy also provides the requisite sexual tension, especially given the tight spaces one often finds aboard a standard fictional starship.

On the other hand, sometimes a story veers into “They Came To Talk” territory. As an SF fan, I couldn’t help but relate to Tommy’s misgivings about watching such a film. Except for those occasional instances when I need a change of pace, I usually gravitate towards SF/F/horror films. I want high stakes, action, and intense conflict much of the time. Plunking a hero and heroine in a space ship for endless chapters doesn’t always meet my need for the excitement of an external plot. Never mind the fact that sometimes an existing external plot is pushed aside so the heroine can obsess over the hero’s eye color.

I find that a story involving a hero and heroine confined to a ship works best when there’s lots and lots of conflict between them. Doesn’t have to be physical conflict. Any kind will do. But there are stories where the focus is relentlessly on the mental lusting or superficial concerns, which makes for a very muted type of conflict (or the conflict is too easily resolved).

If I’m reading a story involving “They Came To Talk” science fiction romance, my hope is that even as the hero and heroine lust after each other, they are still heavily at odds with one another.

Is that too much to ask?