That's the kind of phenomenon we need to create for the HEA driven fiction that is the core of the Romance and SFR and PNR genres.”

The above quote is from Jacqueline Lichtenberg’s Worldbuilding with Fire and Ice Part I Failure of Imagination Part IV at Alien Romances.

Hold on to that quote for a moment. 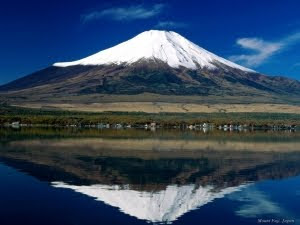 In the November 5, 2010 issue of Entertainment Weekly, there’s a review for THE WALKING DEAD, AMC’s television adaptation of the hugely popular zombie apocalypse graphic novel by Robert Kirkman.

In the review, Ken Tucker has this to say:

As protagonists for a TV series, zombies have a few disadvantages. They don’t talk much beyond Yarrgghhh! They don’t move very quickly, which makes for slow chases. They are, however, relentless and steady. And they’re not brooding romantics—they lack the tragic sexy self-awareness that gets vampires such good PR.

Upon reading that passage, the proverbial light bulb exploded in a shower of sparks above my head. Science fiction romance is like zombies! Lots of staying power, but in terms of mainstream audiences, it lacks the sparkly glamour of vampire romances. But as in the case of THE WALKING DEAD, could it be that slow and steady wins the race? And how might the subgenre accomplish such a feat?

I’m so glad you asked. Now, back to Jacqueline Lichtenberg’s observation about high concept. In the aforementioned post, she quotes a great definition of the term “high concept” by Sarah Beach:

I’ve always felt that High Concept was like seeing a line of mountains on the horizon. You know exactly what is in front of you, and even at a distance, you can see the main features of it. Low Concept was like a rolling landscape where features are hidden, waiting to surprise you.

My take on Ms. Lichtenberg’s observation is that the concept of a Happily Ever After needs a, well, a high concept to break out beyond the romance reading audience. That, of course, implies the same for science fiction romance. Not every story needs a high concept premise, but I’d argue that the subgenre certainly could use more of them. Not all of them may lead to breakout status, but the more such stories authors write, the better the chances.

Easier said than done, however. How exactly would one go about transforming science fiction romance into a high concept juggernaut? What type of story is like that “line of mountains” described above? Which setting should be exploited for such a purpose: space opera, steampunk, military SF, other? What type of characters would lend themselves best to high concept stories: cyborgs, scientists, bounty hunters? Or one that has yet to be created?

But…is there *one* type of high concept story or character in SFR, as in the case of vampire romances, that is so high concept that it can launch an armada of similarly successful stories? How can a subgenre so rich in diversity rise up from “Low Concept” to high concept?

Perhaps the answer lies in those rotting, pustule-ridden carcasses of the undead—zombies. Of THE WALKING DEAD show, Ken Tucker observes:

The zombies—or “walkers,” as they’re called here—are nothing new in the genre’s history; it’s the way they’re dealt with that gives The Walking Dead it’s fresh fizz.

If you build a mountain of fresh fizz, they will come, but sometimes that means building your mountain of different material than the one populated by vampires and zombies. SFR has loads of exciting elements, but maybe some of them are due for subversion, reinvention, and/or a blast of high concept.

When it comes to science fiction romance, what’s your recipe for “fresh fizz?”