Parallel Universe: To Funny...And Beyond! by Gini Koch

Last year, I got to do a character panel in honor of this event. That was really a lot of fun and I was looking forward to doing it again this year. But did I get to? Oh noooo, absolutely not. This year? This year I was asked to actually “lecture”, to “teach”, to “explain my process”. I know! I don’t actually have a process! God help us all.

If you chuckled at that, it’s because I wrote it so you would. It’s not a knee-slapping opening, but hey, sometimes a girl likes to get warmed up before the main event. *rim shot*

My topic is how to be funny in your writing, because I write the Alien/Katherine “Kitty” Katt science fiction series for DAW Books, and the series, in addition to a lot of action and romance, has a lot of funny going on.

Humor is subjective. The old saying, “Dying is easy, comedy is hard,” is true. Truer words were never spoke sort of true. Not saying that writing straight is a walk in the park, but by comparison to writing funny, actually funny, it kind of is.

To understand what your Guest Lecturer is saying, here are some quick definitions:

Punchline -- the “end” line, action, etc., that elicits the hearty laughs, the chuckles, the titters, the giggles (and not all punchlines are created equal, nor are all created to get that big belly laugh; all forms of laughter should be sprinkled in there somewhere)

Opener -- the portion that sets up the build

Zinger -- also known as a witty comeback or a one-liner, something tossed out that may or may not be a part of the overall joke, but still elicits laughter

Work -- as in, “this joke works”; it makes you laugh months after you wrote it (not all jokes work, ergo, not all jokes remain); also to work the joke to make it better

Timing -- an essential skill all good standups and humor writers have -- knowing when to toss in the punch line, when to do the pratfall, when to honk the horn -- to elicit the laughs, both expected and unexpected

Kill -- to succeed in standup (“I killed at the Improv last night”), and also in other humor forms

There are many more terms, but if you want them, you’ll need to ask Chris Rock or Jerry Seinfeld, ‘cause I have a word count limit. (Which we all know I’ll go over. But I digress…)

There are lots of categories of humor, from slapstick to gentle, parody, satire, standup, situational, and more besides. Everyone likes some of these, most don’t like all. And that’s the first lesson -- no one is funny enough to consistently make everyone laugh. You just want to make enough people laugh often enough so that you can honestly say you killed.

I’m not going to go into detail on each of the many categories, but let’s discuss what humor is not.

It’s NOT: a joke that only you, or a couple of your buddies, think is funny. It’s really not. Most situational humor has to be experienced by the audience in order to be enjoyed. If you’re telling a story that was hilarious at the time, but has no relatability to your audience in the now, it’s not funny and it’s likely never going to be.

It’s NOT: something that takes hours to set up. There are some jokes worth waiting hours for in order to get to the punch line. Most jokes won’t work, though, if you’re boring your audience on the way to the punchline. Many jokes and much humor fails because the build takes too long.

It’s NOT: something no one laughs at. Seriously. I really mean it. Yes, I’m talking to all of you who told me -- someone who writes humor and also edits humor for an online ‘zine -- that if I didn’t “get” your joke it was because I had no sense of humor. I have a helluva sense of humor, but I won’t laugh if you’re not funny.

Other bottom line on humor: If they ain’t laughin’, you ain’t funny.

So, when trying to explain how to be funny, there are honestly only a few things I can tell you that I’ve found are helpful, necessary ingredients. What you do with them is your own business.

1. It really and truly helps to have a sense of humor naturally. 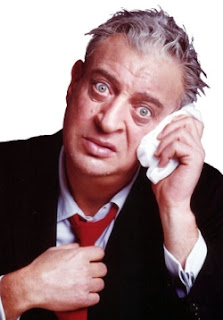 I know, I know. So many people think they’re funny. But pay attention to the laughter. Is it real or forced? Are you introduced by people as the funny friend? Do people ask you to tell your funny story again? Are you fast with a quip, a pun, a witty comeback? (A vital trait in order to write humorous dialog.) Do people with actual senses of humor laugh at your jokes? Do they encourage you to write them? Do you find the funny in many more things than other people do?

If your jokes are a little too Zen, as in, you tell them and there’s only the sound of one voice laughing -- yours -- you’re not actually funny to anyone other than yourself.

While I’m sure the humor-impaired are capable of learning to write funny, I have to be honest: it’s not going to be worth it. I’ve read a lot of “I think this is the funniest thing I’ve ever written” pieces from folks who haven’t cracked a joke since they were born, and every single one failed to elicit even a chuckle. And to make them funny would have required so much rewriting that it wasn’t ever going to happen. Head back to drama -- that’s where all the respect is, anyway. (And if you don’t believe me, ask Rodney Dangerfield.)

2. Test out your humor before you start writing it.

My first sales were in short humor, and they were stories I’d been telling for years. I had them honed to perfection. For an oral medium.

When I wrote them down, I first wrote them exactly as I told them, with several funny side trips during the build that led, in a roundabout way, to the ultimate punchline. Which didn’t work on paper, because, zingers or no zingers, they made the build too long when someone else was reading it versus me telling it.

So, I worked the jokes. I killed many darlings. Until the pieces were streamlined, the build was the right length, and all the remaining jokes were pumped up enough to keep someone chuckling or guffawing the whole way through.

And then I had everyone who’d heard the oral stories read them, to see if they still laughed. They did. And they sold. 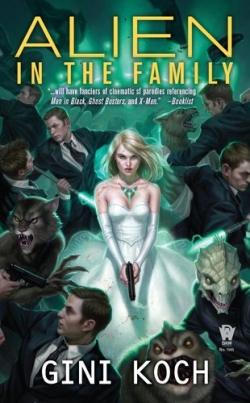 3. Be prepared to work harder at being funny than you’ve ever worked at something serious.

I’m not joking when I say that in order to ensure that your stuff really is funny you’re going to have to go back, over and over again, and pump up your jokes. You’ll have to add catchphrases, zingers, and witty banter. You’ll have to ensure that you’ve added enough funny to all the places it should be -- but have not overdone it to the point where the joke runs on too long. It’s a delicate balance, and having a good editor helps a lot in determining it, but you still need to learn how, when, what, where and why to pump up a joke or let it lie.

When I’m writing humor, I’m constantly looking for ways to make a joke or a situation funnier, whether that means witty or sarcastic comments from the characters, or situations that are both ridiculous and yet utterly believable for the characters and the storyline. It’s work, and work I take very seriously.

So, after reading all of this, if you still want to write funny, remember this pertinent fact: court jesters held a great deal of power…right up until the time they ceased to entertain their sovereigns, and then they had their heads chopped off.

In the humor biz, we call that fair warning, and it’s all the warning you’re going to get. Because when it comes to humor, it really is kill or be killed.

Gini Koch lives in the American Southwest, works her butt off (sadly, not literally) by day, and writes by night with the rest of the beautiful people, while she listens to a lot of rock 'n' roll, particularly Aerosmith, at all times.

Her interests include seeing how often she can ask, "So, have I told you about this plot twist yet?" of her husband before he goes insane, going to rock concerts with her daughter, and training her pets to 'bring it'. Gini started writing to have an excuse to stay up late playing on the computer while listening to music and mooning over pictures of Steven Tyler and Joe Perry.

Now she's expanded her thinking -- she moons over a wide variety of hunks in order to keep the visual creative juices flowing. So to speak.