Parallel Universe: Words Matter—Or Is That Antimatter? by Marcella Burnard

“Travelling through hyperspace ain’t like dusting crops, boy…without precise calculations you could fly right through a star or bounce too close to a supernova, and that would end your trip real quick, wouldn’t it?” (George Lucas) Star Wars

What makes writing dialog for science fiction romance different than dialog in any other genre? Certainly, in order to pass muster as science fiction, you do have a bit of technical jargon you’re expected to toss around. Most of that will be specific to the requirements of your world and your story. If you think about the Star Trek reboot movie, (http://www.startrekmovie.com) and the world building that was done, you’ll find the hard science fiction (warp drive technology, phasers, communicators, and computers that sound exactly like Majel Barrett).

For your stories, what hard science, when, and how much, is dictated by the needs of your world. Is the scifi necessarily going to show up in dialog? Up to you – but some science fiction writers swear that readers find it easier to digest hard science in dialog rather than in narrative. Since I can’t find an organized study on that assertion, it may amount to opinion, but most scifi movies throw scientific data points into a dialog give and take so the information is broken up and made a tiny bit more digestible for nonscientists. That said, most of us don’t need a primer on space flight to comprehend that your space monkeys found a way to master the stars.

The same Star Trek movie mixes soft science into the blend. For example, Spock embodies the meshing of two cultures and two psyches – one wherein emotions are dangerous, the other wherein emotions offer another layer of information. Psychoanalyze Kirk and you find a young man desperate for the father he didn’t get to know while chaffing at having to live up to that father’s sacrifice and subsequent ‘hero’ label. Put those two people in the same place at the same time and you have dialog that highlights the clash of philosophies and psychology the pair represents.

It is the soft science that really differentiates science fiction romance from other genres. After all, a romance is intrinsically the psychology of two people falling in love whether it’s on Earth, in space, or deep under the methane sea on Titan. Consider these questions:


* Are your hero and heroine from the same culture?
* Are they even the same species?
* Were they born on planets or in space?
* Where did each of them grow up?
* Do they take space flight (or any other tech – like cyborgs - in your world) for granted?
* What does the technology of their time and place mean to each of them?

You’re aiming for an understanding of how these people (or creatures) think and feel. If one grew up in space, and the other on the surface of a world, they will have vastly different definitions of normal. They will each find beauty in places the other never thought to look. Their expressions will be different. (Your space dweller may say “That’s a real piece of orbital debris through my hull.” Your Titan sea dweller may say something totally corny like “By the Great Roof of Ice Above!”) 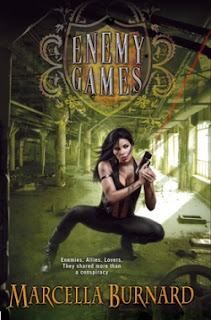 True, in any romance, two people with different experiences have to build common ground between them, but in SFR, that’s complicated by the fact that your characters may not even possess compatible sensory or sexual structures. You get to play with that in dialog. You get to steep what your characters say in the technology and mindset of your world. You get to toy with gender relations – are the Titan sea people a totally equal society because every individual is a hermaphrodite (both male and female)? Are your space people strongly patriarchal because some quirk of genetics has reduced the number of females in their race to the point that women are housed in palatial spaceships and have their pick of potential breeding partners? When your hero crash lands on Titan and is rescued by a creature who is genetically both male and female, you begin to see how their conversations aren’t just going to be “Oh, John, you make me feel things no other sentient creature with seven eyes has made me feel.” Consider that line up for grabs, btw. Really.

Those of us bound to planet Earth express our emotions in terms of the elements we know– fire, water, air, earth, etc. We say things like “It took my breath away.” Or “I got swept up in it.” Or “It froze me in my tracks.” The same will be true of your characters in your science fiction romance. You have a new set of descriptions based on what’s important to your characters. The character from Titan might value the warm waters found in the depths, nearer to the moon’s core, or might revel in the bracing cold of the sea near the thick layer of ice. Would that character say something like, “I felt cracked open, like the Great Ice Roof in the thaw.” Your space hero would certainly have a whole space oriented range of expressions available to him. “My heart leaped like a coronal flare.”

Would your hermaphrodite from Titan live in a culture that recognized familial relationships like father and mother? Especially when there’s no requirement for two parents? It would be more likely that society would be stratified by clones (those with only one parent who reproduced based solely on their own DNA) versus those individuals with two parents. Who would be the outcasts? Who would be normal? The heroine might never say the words ‘mother’ or ‘father’. She might say ‘progenitor’ or speak in terms of ‘replicated’ (for a clone) and ‘reproduced’ (two parents and DNA recombination). Your space hero, on the other hand, might be deeply invested in being able to identify mother and father, not because DNA matters in his culture, but because his position in his society is based on who his parents are…

Okay. I’m complicating the heck out of something silly. But I hope you’re getting a sense of how the drive for understanding between hero and heroine in SFR differs from that of other romance genres. You have differences of culture, technological capacities, race, even of species and perception if you want to exploit it. Ultimately, science fiction romance seems to explore the notion that the capacity for love makes one human – regardless of one’s actual species designation.

Read your favorite SFR authors. Watch your favorite scifi movies. Pay attention to dialog – not just in the romantic scenes – throughout. Notice where the tech-talk gets put (technical talk can include sex scenes if you’re mating a humanoid with a nonhumanoid – they’d have to figure out together how a pair of aliens gets it on). Notice where the relationship conversations are tucked. Pay attention not just to content – what gets said – listen for tone, listen for the misunderstandings, the places where the bridges between species and societies still haven’t been built, then watch for where and when those pieces snap into place (usually at crisis points). Then go forth and craft brilliant SFR dialog. But no pressure. Unless, of course, you’re from Titan and you like that sort of thing. 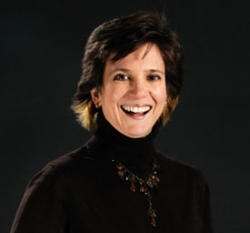 Marcella Burnard is the National Best Selling author of Enemy Within and of Enemy Games both from Berkley Sensation.
Posted by Heather Massey at 3:00 PM
Newer Post Older Post Home