Parallel Universe: Can there be a Frontline in Space War? by A.R. Norris

When you think of the frontline, you imagine the point where soldiers from each side merge and begin to fight each other. Well, that's close, but not always right. The frontline is the farthest point you have "established". It's where the resources, personnel and equipment are stationed. There are two frontlines, yours and the enemy's. This is different many times from the actual battle field, where the hand-to-hand, air-to-ground, air-to-air fighting is going on. 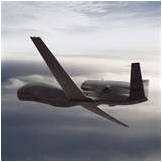 So how do you handle a war in the future, where humans have (hopefully) occupied space? It's a lot of ground to battle over, establish, hold and then try to gain on.  The gap between both frontlines is wider. Just from Earth to Mars alone is more than 54 million miles apart at its closest point (and over 400 million miles at its widest part). The war field is in constant motion and the boundaries are spherical instead of a flat and aerial plane.

That's a freakin' big varying gap with a lot of fronts to watch. It's insane, unimaginable, impossible!

Okay, let's just think about this logically. I mean, we'll have however many hundreds of years it takes to let technology catch up with our growing boundaries. It's not like we'll only have today's capabilities to work with here.

Let's not focus on the resource movement and management in this article. For this one, I want to talk about the frontline's two leading strategic approaches, defensive and offensive. You have to hold your ground while gaining ground. But, can you even technologically be able to hold ground in space? Remember, we're talking millions of miles.


To be successful in our defensive military objectives...we'll need some stellar monitoring that won't tax our human and energy resources. There's two main ways to monitor a frontline, active and passive. Though technically both are proactive approaches, active monitoring is human-interacted monitoring (imagine the guards pacing the base's temporary fencing, if you will). Passive is the nonmanned monitoring (such as sensory alert along that fence that detects motion). You want your soldier in the areas where the enemy is most likely to approach, but you want to make sure you got your "rear" covered in case your intelligence is wrong.

Since modern space colonization will have to include some standard travel infrastructure, to cross all those miles efficiently, human monitoring techniques should be focused to those high risk areas. That means the set up of a strong passive infrastructure will be outside those travel/colony lanes.  In space there's a lot of "rear", but possible to watch with advanced unmanned reconnaissance vehicles and stationed space motion sensors of the future integrated with solid quantum communication networks.  It might even be possible to develop some basic offensive actions when the vehicles and/or sensors are alerted to a threat. 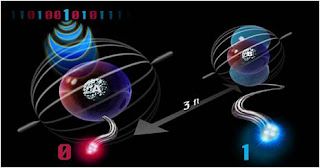 No, I think we'll be okay in the future defensive-wise if some funky bully aliens come to take over our planetary system.

I do think the biggest challenge for us will be our offensive tactics. Most of the large space battles will likely be handled through remote vehicle fights. There's just not enough human resources to successfully meet that challenge. But stick one pilot in a virtual cockpit and the associated vehicle in the field goes down, well, you can just connect the pilot to the next vehicle and send it out.

The few manned attacks will guerilla and sabotage campaigns. There is a barrier to this. We'll have to really move on space suits advances, improving mobility, bulk and accessories. The suits have to be more in line with underwater products and technology. We'll need individual and small team propulsion vehicles so crews can get from their drop point to the objective without being detected.

No matter how much I wish for human existence to someday be peaceful, it's just not realistic. As a writer, I try to see the future the way it will be using the current technology and ideas of today and projecting an imagined endpoint.  I believe a frontline is viable in the future and with the right innovations, will be a continued successful tactic of warfare. 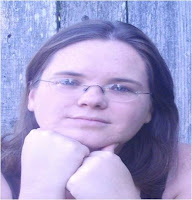 I live in the beautiful Northern California Wine Country of Napa Valley. Married to a wonderful husband, we have 4 children ranging from 4 to 16 and two canine babies. One very evil cat -- of which the dogs fear -- decided to accept our offer of residency and has tolerated us for about 8 years now.

Although I enjoy reading all genres, my writing centers on speculative fiction. There's something about the possibilities that attracts me. It proves the human spirit cannot be dampened by time, location, or change. No matter how far in the future we go, or how deep into another realm or dimension we fall, the core of our species will always adapt and grow... plus the aliens, battles, and cruising through space and time are pretty cool.

Find out more about me and my published works at my blog: http://sci-fiadventures.blogspot.com/
Posted by Heather Massey at 3:00 PM
Newer Post Older Post Home