Since I learned about four indie titles fairly recently I decided to present them in a post. I haven’t read any of them and can’t vouch for their quality, but I still like catching a glimpse of what authors are releasing on an independent basis (or at least with the help of Amazon).

Depending on what I discover in the future, I might make this a periodic feature. Buyer be warned, though, since I probably won’t be reading any of the indie books any time soon—at least not until I whittle down my TBR pile of publisher-vetted books (the main exception is authors whose work I’ve read or am familiar with who decide to e-self-publish).
The first indie SFR title I read, LK Rigel’s SPACE JUNQUE, was decent enough that I’d be willing to try more at some future point. However, this is a frontier where outside of a personal recommendation an excerpt will really make a difference for me. That's because even authors of indie books have a choice to hire a freelance editor these days.
In fact, here’s a link to a good one—Theresa Stevens. Recently, she did an interview at Rachel Harris’s Ending Unplanned about “Editing For Self-Publishers.” Ms. Stevens also knows a thing or two about science fiction romance from her time at Red Sage Publishing). So writing-wise, the excerpt has to stand out in some way.
Here are the four indie SFR titles for your perusal, in alphabetical order by author:
THE ADVENTURES OF MISS UPTON AND THE SKY PIRATE – C.J. Archer
Price: $2.99 at Amazon 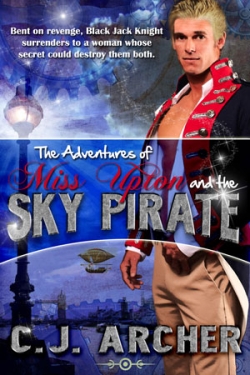 This one is actually on my Kindle, and for two reasons: a) I learned about it from a reviewer who had read it and thought I might be interested and b) it’s steampunk romance. Frankly, though, it was the reviewer’s information that carried the most weight, and I did read the review.
I haven’t started it yet since I’m pretty backlogged (and my priority remains with non-indie books), but after I give it a try, I’ll report back if there’s anything of note.
The blurb:
Tilda Upton's talent at finding things with the aid of a talisman puts her on the edge of the dangerous hellhag category. Rather inexperienced in using her magic, she's prone to mistakes. It is one such mistake that lands her in debt to the Chief Royal Inventor who blackmails her into retrieving an Oriental and his machine. But to find the Oriental she needs to intercept an airship and the best way to do that is through piracy.

Tilda turns to the notorious Black Jack Knight, a sky pirate known for his cruelty and cleverness who dislikes passengers, particularly of the female variety. Fortunately for Tilda he accepts a currency she can provide—the location of a man who witnessed his brother's murder, a murder which Jack was falsely accused of committing. Together they fight corsairs, a mad inventor and their growing attraction to each other in order to retrieve the man Tilda has been forced to find, only to learn his machine could destroy her and everyone like her.
PERCEPTION – Heather Cashman
Price: $2.99 at Amazon 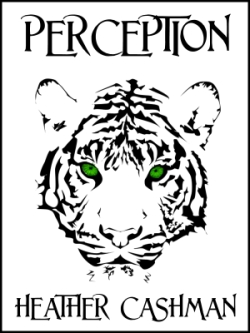 According to the author’s Web site, this book is part of her projected “The Tiger’s Eye Trilogy.”
The blurb:
Your perception will sharpen once you see through a tiger’s eyes.

More than five hundred years after the apocalypse, the survivors of off-grid genetic experimentation have refined their mixed DNA to the point that humans and their animal counterparts share physical and mental links. Varying species have divided into districts, living in a tenuous peace under the President of Calem.

Ardana and her tiger ingenium Rijan leave their life of exile and abuse in the Outskirts, setting out with their twin brothers to redeem themselves and become citizens of the Center. But shedding their past isn’t as easy as they had hoped. When the system that shunned them becomes embroiled in political conflict and treachery, their unique abilities and experiences from the Outskirts make them invaluable to every faction. The runaways become pawns to friends as well as enemies, and with every step it becomes more difficult to tell which is which.
Splintered Energy – Arlene Webb
Price: $2.99 at Amazon 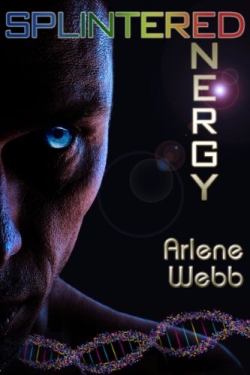 According to the Amazon product description, this story is “a 110, 000 word, science fiction suspense story with layers of romance. It’s suitable for mature audiences and the first in a four book series.”
The blurb:
California. A widower’s twelve-year-old son is rather young to bring home a woman, especially a collapsed green beauty too frightened to open her eyes.

Arizona. A divorcee blinks hard, but the gorgeous red guy stepping in front of her car is still red—hello, ditch. When she comes around, she wonders which layer of hell she’s fallen into.

Ohio. A teen also fears he’s dealing with the demonic, but no matter how dangerous things become, he’s determined to stand by a man with inhumanly blue eyes.

No question, their lives will never be the same again.

Dawn breaks—literally. Energy sparks across the horizon, power grids go down, and the journey to understanding what, where, and why begins.

Energy splinters and a few hapless humans fall dead. A moment later, hearts regain their beat and the confused aliens witness their first sunrise through the eyes of the deceased. Sentient beings can’t recall a past, other than a blissful haven. Nor do they have memories from the host whose body they unwittingly hijacked.

Only one learns to hide his unique skin color, and he assumes the identity of the victim, Malcolm James.

Malcolm learns of escalating violence through news clips. The cohorts he’s able to locate—vibrant personalities with enhanced predatory skills—are breaking every law there is. He has a goal: return to wherever it is he belongs. But he can’t do that alone, and is forced to shoulder the burden of reunification, despite his fear those who cross paths with color, himself included, may become permanently scarred or worse, killed.

This reluctant leader has no doubt—living light does not belong on Earth.
EDEN – Louise Wise
The Kindle price is $2.00 at Amazon 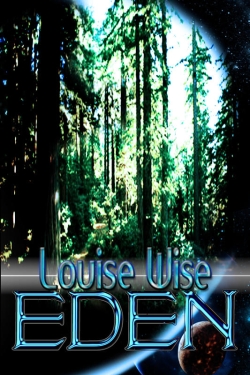 The author informed me this is a science fiction romance with an HEA. You can visit her Web site for more details as well as reviews.
The blurb:
Journey to the past...
A tale of romance and survival as three people travel from 2236 to the beginning of time. Jennifer Daykin joins the three-man crew to explore the newly discovered planet, Eden. All was going well until Jenny found herself deserted...
She listened for an answering shout - there was nothing. In the distance, Jenny was transfixed with horror as the space shuttle rose into the blue sky of Eden. 'No... Don't leave me here!' Only the pounding of her heart answered her.
...but not alone.
The instant she hit the floor she curled into the foetal position. Finally, the bare feet walked away. A Native American warrior, had been her first thought, but it was his eyes that had alerted her he wasn't an Indian or even human. They were completely black; black, dry orbs in a battered face.
Ordinary people with ordinary emotions, fears and insecurities. Only this isn't Earth, and he isn't human.
A modern day Adam and Eve.
***
Joyfully yours,
Heather
Posted by Heather Massey at 9:07 PM
Newer Post Older Post Home