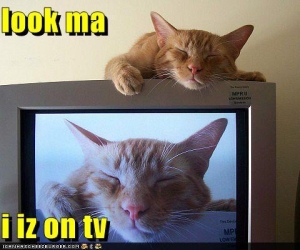 For those SFRs that have been successful, are the majority drawn to it because of the romance elements or because SFRs tend to be character-driven?

I found her question to be a real mindbender. The more I thought about it, the more I realized how complicated the answer is. There are different definitions of success, and success means different things to different readers and authors. In fact, there are so many different kinds that it would be presumptuous of me to try and list them all. Instead, I’d like to touch upon a few for discussion.

One subtext I perceived in Ms. Lang’s question (and to qualify, she may or may not have intended it) was that in order for authors to achieve success (i.e., mainstream print distribution; lucrative advances and royalties; and popularity), the stories need to include particular elements that contribute to success as it would be generally defined.

The romance and character-driven elements are definitely key ingredients, but one can’t rule out factors such as timing, luck, technology, the existing book distribution system at any given time, an author’s marketing and promotional platform, and storytelling ability, among other things.

What I felt was implicit in her question regard three significant types of success: creative, popular, and financial.

When a science fiction romance works for me, there’s a smooth integration of all the hybrid elements, a sensawonder, and an emotional impact. In short, there’s a whole lotta great storytelling going on. Of course, one’s perception of creative success is a subjective matter, but on the other hand, word-of-mouth is one standard by which it can be judged (especially since word-of-mouth can compensate for lack of marketing in some cases and drive sales).

But even the perception of financial success would vary, I think. Some authors are probably content with making enough to buy that week’s groceries, while others strive for that six-figure advance. Others would fall somewhere in between.

Also, financial success doesn’t necessarily mean a book is either creatively successful or particularly popular. For example, an author lands a six-figure deal, but sales tank and her publisher refuses to buy her next book. Is that success? For some, it might be, but I’m not sure that was the point of the original question.

Ideally, a book is successful on many levels, but that’s a challenge to achieve.

Sometimes an SFR is a success in terms of creativity, but financial and popular windfalls may elude it. As much as I enjoyed Manda Benson’s MOONSTEED and felt it was a success given the elements that worked (wonders) for me, I suspect the book isn’t going to penetrate any of the mainstream bestseller lists and/or earn the author a few hundred thousand dollars. As a fan, I’m disappointed more readers probably won’t get hooked on the story’s unique characters, but the reality is that niche stories are often niche for a reason.

Or what about this scenario: SFR Author A toil for years to build a series or body of work with a Big Six publisher, tirelessly promotes herself, and even gains brand recognition with creatively successful stories. Suddenly, market forces decide—seemingly on a whim—that her time is over. She may or may not have profit to show for all of her endeavors. Ironically, her stories had all the key elements for a successful hybrid blend. Is this a success story? What I find eerie about such a scenario is when books are successful for readers (i.e., they love them), but not necessarily for authors (at least financially or in terms of career advancement).

Ms. Lang’s question also prompted me to evaluate the meaning of success in terms of SFR’s niche status. What makes an SFR niche story creatively successful doesn’t always translate to a successful mainstream book with similar elements. So defining success also depends on the goals an author has set both for herself and for a particular book.

Still, whether one’s book is from a small press or a big press, the goal is to sell them successfully so everyone can stay in business. In Genre: The Root Of All Decisions, Jacqueline Lichtenberg points out that a book’s success is in part dependent on its ability to elbow aside the competition:

As with the fight to be at the top of Google's search results page for your keyword, the fight for your attention pervades e-space.

Marketers have discovered that most people (probably not you, if you're over 40 and an SF reader) will CHOOSE FROM the first 3 to 5 items they come across.

A purchase will be made if there are 3 or 4 choices.  If there are more than 5 choices offered, the customer will more likely wander off into confusion, unable to MAKE A DECISION.

There you are, 10 novels almost identical (all labeled Romance) -- choose one.  Most people won't choose.

People act decisively when there are fewer things to compare.

In other words, Google rankings play or have the potential to play an increasing role in book purchasing decisions. The above could hold true for either mainstream books or small press/digital releases, and SEO savvy authors in any medium can take advantage of such a strategy as long as they have the time, know-how, and ambition. That’s yet another way to define success.

Another way to look at this scenario is that a successful SFR book can be one that prompts readers to drop whatever else they’re reading and pursue this new one instead. Whether that book is a creative success and eventually becomes a financial/popular success is, of course, another matter entirely.

There’s also the perception that a book is successful when (and only when) it’s published by a Big Six publisher and has mainstream distribution. In years past, that seemed to be the sole measure of success, a badge of prestige as it were. These days, I’d wager that perception is starting to change. As e-readers go down in price, readers will discover they have more choices and won’t be entirely dependent on Big Six Publishers as the arbiters of their tastes. Therefore, success can also mean being innovative and helping readers discover stories they hadn’t known existed.

Whew! See how much that question bended my mind?! I’d love to hear your thoughts. How would you define a successful science fiction romance?