Do Sci-Fi Romance Couples Have It Too Easy? 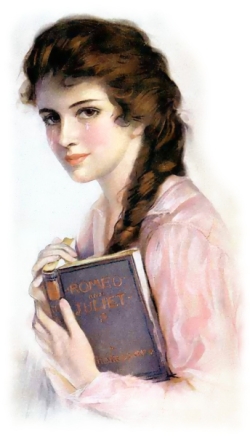 Two things I’ve come across lately made me wonder if science fiction romance couples have it too easy. Sometimes it seems as though they fall in love and have a Happily Ever After without even breaking a sweat. And if love comes too easily for them, are readers avoiding this subgenre as a result?
In many cases, SFR couples really don’t have to work too hard to fall in love and find their HEA. To be fair, this is a common issue for romance books. The HEA is a genre convention—a given—so a big challenge for authors is delivering a romance with unpredictable elements that casts the HEA in doubt—but not too much doubt. Romances vary widely in their ability to accomplish that task; however, a good percentage of them seem to play it safe.
Why the tendency to phone it in? From a marketing prospective, the unpredictable factor might be the kiss of death. Readers want something fresh, but familiar. I think that’s true to an extent, and there’s nothing wrong with a story that does the work for you on occasion, but I wonder if SFR sometimes falls on the side of being too familiar, particularly when it comes to the romance side of the equation.
Sexual tension, for example, is a double-edged sword. On the one hand, it demonstrates the push-pull nature of the attraction. But applied too liberally and without enough believable conflict to give it company, there’s nothing left to challenge the couple’s eventual hook-up.
In this sense, an HEA becomes less plausible because we’re shown/told on a repeated basis that it’s inevitable. No wonder potential SFR readers might be skeptical. Where’s the mystery, the suspense?
Another issue is the devices used to separate the couple or threaten their HEA. If they arrive too late in the story, then they risk implausibility—especially when readers know the story is going to end ten pages later.
Here’s Item No. 1 that got me thinking about this issue as well as possible solutions:
In Big Love Sci-Fi Part VI: Unconditional Love and Science Fiction, Jacqueline Lichtenberg wrote:

"Slushiness" comes from Love not having a very hard time conquering All -- the two get together, and they just fall all over each other despite themselves, and then talk about their feelings as if nothing else in the world matters, their inattentiveness generating no consequences of note.

"Plot Cliche" comes from the genre requirement that the PLOT is the sequence of events leading Boy to Girl, and thus the only possible main conflict in a Romance is "Love vs. X" where X is whatever is keeping them apart.

So the THEME is what the major portion of the potential audience objects to, but you can't change it and still have a Romance.

So what do you do?  How can you possibly popularize Romance to Big Screen proportion audiences?

The solution is to challenge the theme, doubt the thematic statement.

GREAT FICTION EXAMINES THE UNCONSCIOUS ASSUMPTIONS OF THE AUDIENCE

The Comedy forms have always been the thin edge of the wedge into commercialization of one of those challenges to the unconscious assumptions of a culture. The romcom, stradling the line between romance and comedy has powerful dramatic potential.

Which segues into Item No. 2:
Soon after I read Ms. Lichtenberg’s post (cue the Twilight Zone music), I ran across “Why Is It So Hard To Make a Good Romantic Comedy?” by Sara Vilkomerson and Anthony Breznican in the August 12, 2011 issue of Entertainment Weekly. One theme I discerned was that romantic comedies are hard to do well because everyone thinks they know about love. If the films fail to challenge the “unconscious assumptions of a culture,” then viewers conclude they have no value or relevance.
So what are the successful romantic comedies doing right? To wit:

The great romantic comedies are cherished not just because the world is awash in so many uninspiring, generic ones—who can remember anything at all about Rumor Has It?—but because they teach us something about a subject we all think we’re experts on.

I haven’t watched WHEN HARRY MET SALLY in years, but I vividly recall being expertly manipulated by it. I was absolutely convinced that Harry and Sally would never wind up together. In fact, I was so convinced that to this day, part of me wishes they’d just stayed friends. Still, that film demonstrates, quite ingeniously, the power of making viewers question their assumptions about love.
After reading both articles, I wondered if SFR would become that much more enticing to new fans by delivering more stories that enlighten readers about the subject of love despite their ingrained assumptions about it.
Could greater success for SFR be as simple as writing more stories that cast the HEA in severe doubt?
In other words, could sci-fi romance help distinguish itself by challenging readers’ assumption that they are experts about love? That’s what I’m guessing Ms. Lichtenberg meant when she wrote “We need a "new fact" to replace the one we tossed out.”
How can science fiction romance accomplish this goal? I have a few ideas, but I’m sure there are many others.
It bears repeating that one way to make SFR fresh is to create stories that cast an incredibly strong doubt on the HEA. When reading SFR that follows romance genre conventions, I know the couple is going to end up with an HEA. But don’t show me that during the story. Lead me astray first, and then show me at the end. This is one area where an external plot in an SFR can be a significant ally.
Or perhaps take a page out of WHEN HARRY MET SALLY for the more character-driven stories: create situations where the characters themselves dispute the existence of the HEA. For example, a hero and heroine who hail from different species or cultures and are convinced a relationship between them would never work.
A story can either keep the couple in conflict longer than the current norm, or place the dividing wedge, if applicable, earlier in the romance. Another possibility is to reduce/moderate sexual tension and mental lusting so it doesn’t undermine that wedge (easier said than done when erotic romance has raised the heat level across the romance genre). Or find a way to express sexual tension that doesn’t make the HEA feel so guaranteed.
Another idea would be for SFR to increasingly place the emphasis on the couple as a team, and create more stories where the hero and heroine must find a way to work together—and trust each other—to overcome an external threat. This as opposed to the placeholder device, which I suspect may alienate potential readers, both male and female.
I’ll throw out one more: dialogue is a terrific way to show the development of a romance but is currently underutilized. I once read that romance publishers tended to avoid buying books with what they perceived as having too many passages of dialogue since those stories would need a higher page count, and thus cost them more. Hello, ebooks! That dialogue obstacle is basically a non-issue for ebooks. (Gosh, isn’t it surreal that a change in the distribution system could impact how stories are told?)
In conclusion, the overall goal is two-fold: to make SFR more exciting for current fans as well as make potential fans sit up and take notice.
Those are just a few ways to tackle the challenge of SFR couples who have it too easy. What would you suggest?
Joyfully yours,
Heather
Posted by Heather Massey at 8:29 PM
Newer Post Older Post Home