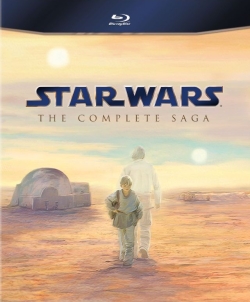 As you may have heard, there was a great disturbance in the HD home video front this week: All six STAR WARS movies were released on Blu-ray. But George Lucas offered more than banthas and Aunt Beru in 1080p resolution.

The full nine-disc set also includes three discs devoted solely to extras—nearly seven hours of elucidation on the finer details like, “How did they do that matte painting?” to an 84-minute documentary devoted to guys who dress up as Stormtroopers. (Think I’m kidding? I’m not.)

Now, everyone knows the name “George Lucas.” Even the most cinematically challenged hoi polloi who still believe all directors dress in pantaloons and carry riding crops (actually it’s a cattle prod in real life), as well as people who refer to all actors by their characters, not their real names (“Look, it’s Kramer from SEINFELD!”)…even those people know who George Lucas is at this point.

So, why is Marcia such a relative unknown when everything in the STAR WARS universe is so excessively discussed and dissected?

Marcia Lucas was an editor on STAR WARS, EMPIRE, and JEDI. She’s a woman who played an integral part in helping shape the SF trilogy that redefined modern day cinema.

Editing is often the unsung hero of filmmaking. It’s an extremely important component. The wrong editor can ruin great footage and the right one can breathe new life into a mediocre project. Everything can change dramatically depending upon the choices an editor makes. (Check out this recut trailer of THE SHINING as an example.)

Martin Scorsese asked Marcia Lucas to work as editor on three of his films—one of which was TAXI DRIVER. Obviously, this woman really knew her craft.

In 1978, the Academy recognized Marcia’s work at the 50th Academy Awards. She was one of the few who took home an Oscar® for STAR WARS. George didn't, despite being nominated. 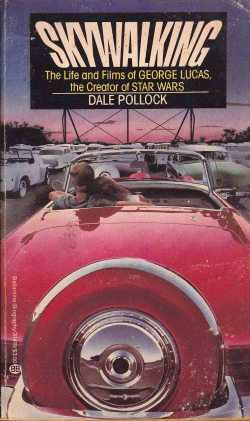 These are impressive credentials, more than Walrus Man (aka “Ponda Baba”) can claim. So where’s Marcia’s action figure?

To unearth some Dagobahn soil on this oversight, I dug out my yellowed, first edition paperback copy of SKYWALKING: THE LIFE AND FILMS OF GEORGE LUCAS, THE CREATOR OF STAR WARS, published right after JEDI’s initial release. (This kind of in-depth research was crucial. I didn’t want any "Greedo shot first" or Vader “NOOOOooOOOOooo” revisionism.)

Sure enough, the book’s index lists “Marcia Lucas” dozens of times throughout it—a prominent player in the SW galaxy, even beyond her editing chores. According to Dale Pollock, the book’s author, Marcia was the one who came up with the idea of killing Ben Kenobi. And the ending to RAIDERS OF THE LOST ARK…? Her advice changed that for the better as well, inserting Marion in there so she wasn’t left behind with a bunch of dead Nazis, according to Pollock.

There’s also more, as Michael Kaminski, author of the book THE SECRET HISTORY OF STAR WARS, writes on his Web site:


The Death Star trench run was originally scripted entirely different, with Luke having two runs at the exhaust port; Marcia had re-ordered the shots almost from the ground up, trying to build tension lacking in the original scripted sequence, which was why this one was the most complicated (Deleted Magic has a faithful reproduction of the original assembly, which is surprisingly unsatisfying). She warned George, ‘If the audience doesn't cheer when Han Solo comes in at the last second in the Millennium Falcon to help Luke when he's being chased by Darth Vader, the picture doesn't work.’”

These are big changes to big films.

But when we hit the hyperdrive motivator and zoom ahead to the just released Blu-ray set, we get the aforementioned documentary on the Stormtrooper guys…but nary a peep that I could find about Marcia.

Going back further, EMPIRE OF DREAMS, a documentary included on the 2004 DVD box set of the original trilogy, barely mentions her as well. It’s almost as if her work is purposefully being ignored...or edited out of existence.

Perhaps this lack of acknowledgement hinges on the Marcia/George divorce, which occurred in 1983, right after JEDI was completed. She left him. George took this hard according to a 1999 60 MINUTES interview with the man himself (skip to 1:39).

So maybe he’s still bitter about this. Maybe.

One theory floating around the Internet is that Marcia gets the short end of the credit stick because George would allegedly have had to pay her points on the original films as they were. Changing them, though…? Why those are new films. She didn’t work on these. And the original, untouched trilogy on the 2006 DVDs? Those were only bonus features. They don’t count under the old rules.

Hmmm…perhaps. He did perform some tweakage even before the divorce (for example, adding "Episode IV: A New Hope" to the initial crawl in the 1981 re-release.)

The purpose of this post is not to knock George Lucas personally. Still, I think his last few films, and the Blu-ray set itself, would have greatly benefited by having other creative input—be it from Marcia or Gary Kurtz, producer of STAR WARS and THE EMPIRE STRIKES BACK—but otherwise the guy has accomplished amazing things technically. He also pledged to give half of his fortune away to charity (supposedly it’s valued at $3.5 billion).

Despite the scene-ruining tweaks the man continues to make to the beloved films, you can’t begrudge this generosity. (The inclusion of Jar Jar on the other hand….)

Filmmaking is a collaborative process. The line that gets the biggest laugh in a comedy may have in fact come as a suggestion from the craft service table—not the screenwriter, director, or actor. An integral turning point in a drama may have only come about because the editor realized something was missing and the rough cut of a movie wasn't delivering as it should.

Big budget films are made by teams, not individuals.

In that spirit, I hope you will remember Marcia Lucas’ contributions to the STAR WARS movies the next time you watch them. She played an important part in shaping the science fiction milieu we have today, and yet I’ve never seen her name mentioned whenever I see a list of “important women” in the SF universe. That should change.

So Marcia, here’s a tip of the Moviola flatbed to you. Know that your contributions are not forgotten.

P.S. I had a difficult time finding a usable photo of Marcia for this post. As you'll note, one isn't present. Out of curiosity, given all of this information, what are your thoughts about it?
Posted by Heather Massey at 9:07 PM
Newer Post Older Post Home