From space opera to steampunk and from sweet to sizzling, the science fiction romance releases this month offer something for everyone!
New releases
HEART OF BRASS (steampunk romance) - Kate Cross 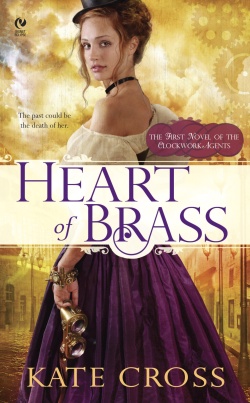 A Novel of the Clockwork Agents

Arden Grey, Countess Huntley never gave up hope that her husband would one day return to her. What she never dreamed is that Luke wouldn’t know her, or that he would come back a technologically-enhanced assassin with one task: Kill Arden.

In 19th century Britain, there exists the Wardens of the Realm, a covert group of government operatives with enemies in many places. Using the science and technology of the day, they protect the Empire at any cost. 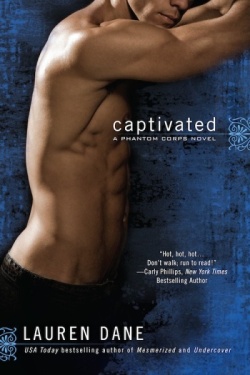 The Phantom Corps Series
Vincenz Fardelle, exiled son of the Supreme Leader of the Imperialist Universe, has spent much of the last ten years working to stop the threat his father poses. But he’s not alone in his quest. Julian Marsters has lost his best friend and countless others in the war and has made vengeance his only goal. In each other, Julian and Vincenz find not only like minds, but kindred spirits.

However unexpected their relationship, everything changes for Vincenz and Julian when Hannah Black comes into their lives. Having been captured and held in near total isolation by imperialist troops, their immediate response is to protect her.

Emotionally shattered but resilient, Hannah rebuilds herself. Because of the warm safety she finds in the arms of Julian and Vincenz she becomes someone harder, stronger and bent on preventing the Imperialists from harming anyone else.

For the two men, wrestling with their passionate feelings for Hannah is only the beginning. War is about to send all three into harm’s way and an equally dangerous secret could tear them apart. 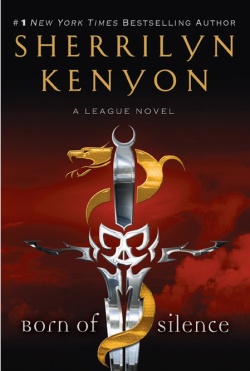 Ichidian Universe/League novel
In a universe where corruption and deception rule all aspects of life, sparks of rebellion threaten to ignite . . .

As the Resistance leader, Zarya Starska's only goal is to topple the government that destroyed her entire family and left her penniless. Her biggest asset is a mysterious man known only as Kere.

But Kere has a dark secret. Born into a world that is as privileged as it is corrupt, his real name is Darling Cruel-and he is heir to the government Zarya wants to overthrow. No one has ever seen the real man behind the legend. No one except Zarya. But when she allows a weapon he designed to be used against his beloved sister, all bets are off.

Betrayed by the Resistance, Darling's goal is not only to reign, but to kill every Resistance member he can find. Zarya must stop Darling's reign of terror, but can she reach past his insanity to restore the hero who once fought by her side?
Read the excerpt. 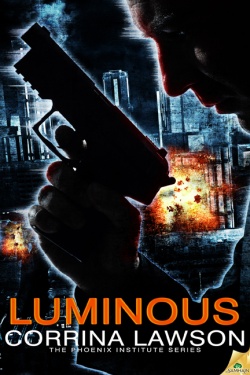 Phoenix Institute, Book 2
He thinks he’s seen everything…until he encounters a woman he can’t see at all.

As a teen, Lucy left home to gain the independence to pursue her dreams. When a renegade scientist captured and used her as a guinea pig, she escaped, but not unscathed. Rendered permanently invisible and with little memory of her previous life, she has transformed herself into Noir, a rogue crime fighter with one goal: find and stop her tormentor from harming anyone else.

Police Lieutenant Aloysius James thought he’d seen it all in the crumbling and corrupt Charlton City, but a brutal bank robbery committed by a monster has left him feeling he’s out of his depth. One man is missing from the scene and if he isn’t found soon, Al fears he’ll be as dead as the rest.

Al is unprepared for the one woman with the key to solving the case—Noir, who seems equally surprised he doesn’t find her unique ability repulsive.

Together they go out into the night, joining forces to track the monster down. They never expected their desperate alliance would generate a force of a different kind. Attraction…and desire.
Read the excerpt.
KEIR (space opera) – Pippa Jay

Outcast. Cursed. Dying. Is Keir beyond redemption?
For Keirlan de Corizi--the legendary 'Blue Demon' of Adalucien--death seems the only escape from a world where his discolored skin marks him as an oddity and condemns him to life as a pariah. But salvation comes in an unexpected guise: Tarquin Secker, a young woman who can travel the stars with a wave of her hand.

But Quin has secrets of her own. She's spent eternity searching through space and time with a strange band of companions at her back. Defying her friends' counsel, Quin risks her apparent immortality to save Keir. She offers him sanctuary and a new life on her home world, Lyagnius.

When Keir mistakenly unleashes his dormant alien powers and earns instant exile from Quin's home world, will she risk everything to stand by him again?

WARNING: Contains sweet romance, some violence and plenty of adventure.

Also, the author has launched her blog tour to celebrate KEIR'S release. Find all the tour dates here. 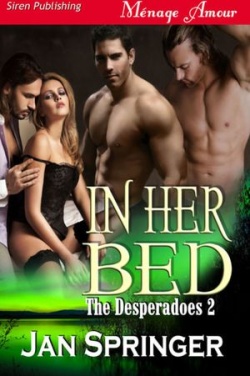 A fiery eruption of solar flares disintegrates much of the world’s population, fries electrical grids, and throws Earth back into the dark ages. Now, it’s a cold, brutal land where only the strong survive.

Before the Catastrophe, Dr. Elizabeth Brandywine would never have dreamed of actually surrendering to her wicked needs of being bound, dominated, and shared, but now there’s no one left alive to judge her, except herself.

Ethan Durango knows sweet, uptight, sexy Dr. Liz is ready to submit to her secret sexual needs. He’s always wanted to share her. To have her tied up while he and his friends take her. Ethan, Landon, and Tyrell will enjoy seducing Liz past her boundaries until she submits to her naughtiest desires.


Read the excerpt. (scroll down)

Looking to experience all the universe has to offer, Prince Aristides escapes from the kingdom of Tyto and travels through space to the Emerald Planet, Elatia. He yearns to partake in the activities the planet is famous for, and fulfill all his sexual desires, but loses his heart and soul to an Adamos apprentice.

Unfortunately, she is Terran, and her people are sworn enemies of those from Tyto. If he can convince Xia to give up her dreams of becoming an Adamos, and travel back to Tyto with him, will his parents accept her, or condemn them both?

Will they have their chance to be together, or will their families tear them away from any chance of young love?

***
And on May 29,  Jessica E. Subject's next 1Night Stand story (Decadent Publishing) will release. SATIN SHEETS IN SPACE is an M/F/M short story. Check her Web site for updates. 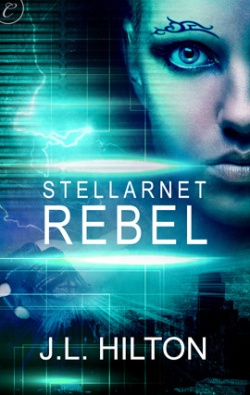 Wearing Your Computer On Your Sleeve

In Stellarnet Rebel, the main characters wear “bracers,” which are micro-thin, flexible, waterproof devices that wrap around their forearms. The bracer includes apps, camera, microphone, and icon-based “touch and drag” interaction like a smartphone. People pretty much wear their bracers all the time, even when sleeping or in the shower. They can also be used to play Kinect-style physically-interactive MMORPGs.

How would that work? Maybe something like these “tattoo” electronics? Note at 1:40 when the narrator says, “Other demonstrations have shown the wearers controlling video games.”

At Spacefreighters Lounge, 2012 Golden Heart finalist Donna S. Frelick blogs about the challenging task of infusing a romance with compelling conflict in No Easy Way Out:

So easy to talk about; so very hard to accomplish! Even when the underlying elements of conflict exist in the story, some romance writers have a hard time sharpening those points of contention. It’s hard to figure out what the couple is fighting about. Or an author will have the couple waste energy in fruitless squabbling in the belief that “conflict” equals “dislike” (until suddenly the hero and heroine discover they love each other). Or, perhaps there is little external conflict to move the plot along at all.

Real conflict happens when both sides are RIGHT, when both the hero and the heroine have an equally valid point of view. Figuring out how to actually SEE it from both sides, then find a way to RESOLVE it, is truly difficult. The more convoluted and hopeless the problem seems, the more involved—emotionally and intellectually--your reader will be.

Count me in as a reader who would like to be entertained by more conflict in SFR.

PinkRayGun profiles STAR TREK: VOYAGER’s Captain Kathryn Janeway in You Can’t Put a Woman in Charge of a Spaceship:

The sci-fi heroine as an archetype hasn’t changed too much in the past thirty-plus years. However, when a franchise as storied and established as Star Trek introduced their first true heroine, Captain Kathryn Janeway, the fandom exploded and sci-fi changed forever.

I'm so thrilled that science fiction romance authors don't hesitate to put a heroine in charge of a spaceship! Yet another reason to love this subgenre.

May 5 is Free Comic Book Day—pick one up for your daughter! Get the 411 at GeekMom.

Now it’s your turn! Got any science fiction romance news or links to share?