[Introduction: I’ve had the opportunity to learn about a lot of cool stuff while running this blog. The latest is an endeavor called the Literary Underworld. It’s a multi-genre author collective that includes science fiction romance. But since most if not all of us read across genres, I wanted you to know about it. Plus, it’s a great way to support authors of niche and unusual stories directly. If you’ve been following The Galaxy Express for any length of time, you know I’m all about the obscure titles, the cult offerings, and the hidden gems.

The Literary Underworld members are spreading the word about their endeavors and I'm delighted to be a part of it. T.W. Fendley is here to share some information about Literary Underworld as well as the type of fiction she writes. If you’re in the market for some new reads, she comes bearing a special discount for Galaxy Express passengers. - Heather] 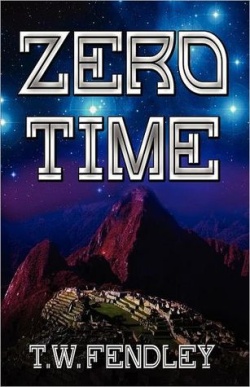 Thanks so much, Heather, for hosting the Literary Underworld Blog Tour. I'm T.W. Fendley, one of the newest "Underlords," so I'm happy to spread the word about how Literary Underworld connects readers directly with authors and small presses. When you buy from this co-op, authors may receive as much as three times more than they would if you bought their books from a big-box retailer. We appreciate your support and your interest in our books!

I write historical fantasy and science fiction with a Mesoamerican twist for adults and young adults. A couple of years ago, I met Literary Underworld's founder, Elizabeth Donald, at Archon, the annual St. Louis-area science fiction/fantasy convention. I made sure to contact Elizabeth after L&L Dreamspell published my debut historical fantasy, ZERO TIME, and was thrilled to join this great group of writers.


One of the challenges for writers of science fiction and fantasy is to keep the characters true to the universe they create. In a world where women only bear daughters and males are cloned, relationships in ZERO TIME look much different than in our world. Yet romance, love and family relationships are at the heart of the story.

As the end of the Maya calendar nears, an expedition to Earth has zero time to save its race from extinction. Only Keihla Benton can save two worlds from the powers of Darkness. But first she must unlock the secrets of Machu Picchu and her own past.


Time travel makes life complicated for ZERO TIME's heroine, Xmucane (pronounced Schmoo-kane). If things went as planned, she would have joined her mate Xpiyacoc (Shoo-pee-a-cok) when their expedition arrived on Earth. Instead, when she arrives in the ancient Americas twenty-two years later, his daughter Starry Skirt greets her. All Xmucane has left are her memories:

She remembered the first night they shared, bare skin touching as they lay on a blanket surrounded by the scent of blue roses that grew wild in the surrounding fields. After they made love the first time, they held each other close and watched the falling stars drop from a dark blue sky filled with shining nebula dust. He told her, "I will give you all of that, all those tiny diamonds thrown across the starry skirt of the sky." Xpiyacoc hadn't forgotten his promise. Xmucane sobbed, finally letting go of the tears she'd held back since she learned her mate was missing. 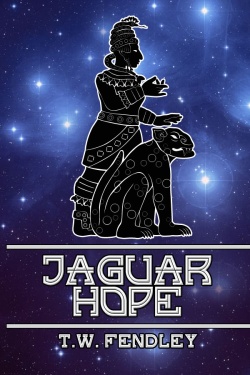 Life gets more complicated for Xmucane as time passes in the new world:

He [Pax] disappeared from the doorway, and Chacana curled at the foot of the bed. Xmucane wrapped herself in a thick cotton blanket and listened to the cat’s comforting purr. As she settled in to the softness of the cushions beneath her, she thought of Pax. He’d become a good friend, but it was beginning to feel like more than friendship. The warmth of his touch definitely made her want more. She imagined him lying next to her on the soft pallet, his hands caressing her body.

Yet when she tried to picture his face next to hers, it was Xpiyacoc’s she saw. Her mate. Their babies. She crossed her arms over her chest and held herself, rocking back and forth gently, as she tried to muffle her sobs. She wanted someone to love, someone who loved her.

They knew before coming here that relationships would be confusing. On Omeyocan, few people stayed together after the initial passion cooled, but it had been different with Xpiyacoc. She’d never wanted anyone else. Before they’d entered the Serpent Ropes, all the adults knew that monogamy was not something they could or should maintain. Their mission required them to spread their DNA as extensively as possible. But thinking and feeling were different things. What befuddled her was the strength of her feelings for both Pax and Xpiyacoc. Could you be in love with more than one person at the same time?


One of the fun things about speculative fiction is that it's only limited by imagination. Emotions can even be expressed in ways that defy gravity.

Xmucane hummed a low note. Her voice quickly rose through the scales as Pax joined her in the Initiate's mating song. As their voices merged, the vibrations generated by their sacral energy centers formed a shimmering pyramid around them. Its sparkling red and orange light encircled them, suspending them slightly above the floor. 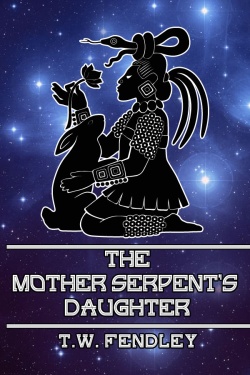 This summer I worked on two novelettes set in the same universe as ZERO TIME. A prequel, JAGUAR HOPE, will soon be available on Kindle, followed by THE MOTHER SERPENT'S DAUGHTER, which tells the master shaman's story. ZERO TIME is available in print and ebook formats.

Readers can find me at:

Heather, thanks again for hosting me and our Literary Underworld Blog Tour!
As a thank you to the Galaxy Express Readers, we're offering a 15% off coupon, using the code LUBLOGTOUR
Posted by Heather Massey at 10:57 PM
Newer Post Older Post Home