Should Sci-Fi Romance Try The FUGAZI Formula For Success? 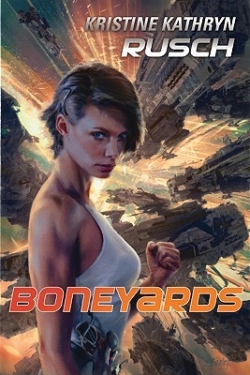 There’s a plethora of great information in the post, not the least of which is how she cautions authors against obsessing over day-to-day sales numbers. A few other things also jumped out at me. One had to do with the advantage of thinking long term:


The other part of the long-term? Your writing career isn’t about this month or next month or last month or even five years from now. If you do this right, your career should last for your entire working life.

What’s impressive about Joe’s numbers to me aren’t his sales figures. It’s his income.  The huge potential earnings on indie-published books even at numbers that are small by traditional publishing standards should have all writers sitting up and taking notice…

They miss the most important numbers to their business. He’s earning $37,000 per month on his indie titles. He’s earned nearly 1 million dollars on his indie books since 2009—on sales numbers that traditional publishers will dismiss.


In other ways, this method has been proven before. Let’s look at this from another angle, namely the band FUGAZI.

FUGAZI is/was an alternative/post-punk band fronted by Ian MacKaye of MINOR THREAT. Aside from the lineage and cool music, they’re known for playing low-cost shows and basically calling the shots the way they want them called—period.

Here’s a taste of their music:

About twenty years ago, I was perusing a magazine with a FUGAZI interview. (Was it MAXIMUM ROCK-N-ROLL , the late, lamented FLIPSIDE, or some other indie mag? I honestly can’t recall.)

In the interview, FUGAZI front man Ian MacKaye commented about having been approached by various music industry suits. These guys had big plans for putting FUGAZI on MTV, a big label, etc. etc.—all the stuff that would come with “making it.” This is similar to an author being offered a contract by a traditional print publisher.

The suits were shocked to discover that the band had no interest in any of this. None. As they put it (and I’m paraphrasing from 20-year-old memories here), why should they? They had already made it.

What was their secret?

As an indie band, they were earning a living making exactly the type of music they wanted to and also distributing it in a way that worked for them. As a result, they earned around $80,000 a year. That’s not superstar rich, but very comfortable (for 20 years ago).

And here’s the interesting part: Ian MacKaye compared the two options—label vs indie—and did the math. The result informed him that going with the big label would only yield them less control over their music and less money. 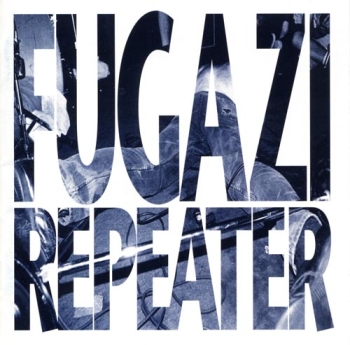 FUGAZI didn’t seek Madonna-level superstardom, but even if they had signed a contract with Big Name Label it still wasn’t a guarantee that they would achieve it. However, their method enabled them to make a decent living and pay the bills. To FUGAZI, the allure of big label fame wasn’t so alluring—or lucrative.

As it stood, FUGAZI released the albums it wanted to release at a price point of its choosing ($10 for a CD, postpaid!). They also played all-ages shows for ultra-low $5 admission fees. Who was their audience? Those who couldn’t afford $18.99 CDs (or had shunned them on principle).

The fans were happy; the band was happy. Why change that?

So yes, while you may not have heard of FUGAZI vs. hundreds of lesser talented groups with big label deals, that doesn’t mean they’re less successful. The same goes for authors like Joe Konrath and Kristine Kathryn Rusch. It’s all relative.

The myth that signing a traditional print publishing contract will lead to fame and fortune is a pervasive one. It’s also a damaging one because it disempowers authors.

The takeaway for science fiction romance that I see from the experiences of authors like Kristine Kathryn Rusch and bands like FUGAZI are these:

* As a subgenre, science fiction romance is at the development stage. It still needs lots of nurturing, i.e., more stories, more experimentation to see what readers like, and more marketing to raise its visibility. Where is the best place for SFR to grow and to have authors concentrate their efforts? Seems to me that a large part of the answer lies in the ebook market.

* Go digital, go indie. If more authors diversify their offerings by pursuing both digital and indie options, readers will have more choices. Plus, authors would have more control over content. If authors think long term, adjust their expectations, and work steadily to “exploit the rising distribution market,” then more of them might actually start making a living from their books. Can you imagine an author of science fiction romance earning 80k (U.S. $) a year? It could happen.

* Long term thinking is a highly advantageous approach for building this subgenre. Worrying about day-to-day sales numbers is counterproductive and can easily suck the creative energy right out of you. What might SFR look like if authors focused on things like writing more stories and connecting with readers?

* Like FUGAZI, sci-fi romance is a niche market. But niche doesn’t mean unsuccessful. Strategy is key.

* Authors can nurture their relationships with readers by helping them access SFR—whether it be their book or someone else’s. FUGAZI helped fans access their music by keeping the prices low *and* by turning down those record label contracts. That demonstrated a high level of commitment.

* Prove yourself as a contender in the ebook market and print publishers may even come a-knocking at your door.

So those are my thoughts. What do you think about Ms. Rusch’s post and FUGAZI’s experiences as they relate to sci-fi romance?