Alien Heroes Who Fell To Earth: Why Aren’t They More Popular? 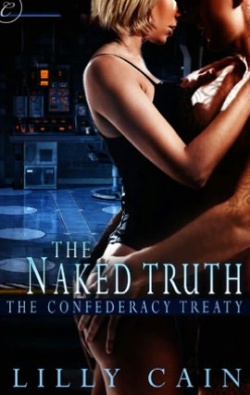 There are quite a few science fiction romances featuring hunky alien heroes coming to Earth in contemporary/near-future times and hooking up with human heroines. Nancy J. Cohen’s WARRIOR PRINCE and Anna Zaire’s CLOSE LIAISONS are two of the more recent ones. There’s Jessica E. Subject’s CELESTIAL SEDUCTION and Barbara Elsborg’s LUCY IN THE SKY.

This premise can also be found among the list of Science Fiction Romances With “Alien” In The Title that I compiled—like Gini Koch’s TOUCHED BY AN ALIEN.

I’d also include under this umbrella SFRs wherein the story doesn’t always take place on Earth, but still involves the alien hero-human heroine pairing. Susan Grant’s CONTACT is one of the earlier ones. Also, C.J. Barry’s UNEARTHED and UNLEASHED. In these and similar stories, our Earthling heroine is whisked away for intergalactic adventures.

The titles are too numerous to list, in fact, and they seem to be a staple of science fiction romance. So why aren’t these stories more popular? More specifically, why haven't they been the type of breakout story for sci-fi romance among romance readers? I’m feelin’ kinda perplexed here.

These types of sci-fi romances offer readers coming from the romance side a number of appealing elements:


* The aliens are always gorgeous Alpha heroes. Without. Fail. 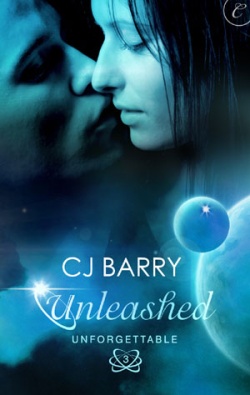 * The premise allows for a tight focus on the romance

* The stories often have a light, sexy, and even playful tone

* The worldbuilding relies on common, accessible tech like starships and laser guns

* It offers the fantasy of a woman feeling special and sexy because the exotic, powerful alien hero falls in love with her.

Given all of the above factors, one would think at least one of these titles would have broken out already. Based on my reading experience so far, the SFR learning curve is very short for these stories. So what’s the holdup?

On the other hand, is the very concept itself too Golden Age? In the context of the science fiction that came before, the idea of aliens journeying to Earth is rooted in classic films like THE DAY THE EARTH STOOD STILL and cheesy SF B movies like MARS NEEDS WOMEN and I MARRIED A MONSTER FROM OUTER SPACE. But also thoughtful tales like STARMAN (1984). Was the idea a tad dated before it even became a routine premise in SFR?

Or is it that authors haven’t taken as many risks with the premise as they could? Has the hunky alien-human heroine pairing become too predictable? Or is that the point, that it’s comfort food SFR?

Maybe the lack of a breakout book in this category is related to the challenge of creating an alien hero who can compare to vampires. Unless the hero is an alien space vampire, even his ultra Alpha nature might not be enough to cause a stampede among readers the way paranormal romance heroes have. Which is really a shame because alien heroes have the potential for so much variety and diversity.

What are your thoughts? Can the alien hero-human heroine pairing evolve any further? (And authors, if you've written this type of story, please let us know in the comment section!)