It’s time again for a Massey/Dooley head-to-head on a book we think is worthy of attention and some critical discussion. Before you read on, be aware that spoilers will abound. You’ve been warned.

The setting: Nevarro, a mining colony in Earth’s far future

The premise: Sterling enlists the help of Sasha to help him rescue his young sister from the web of Guy Christiansen, a powerful drug dealer who wants Sasha back

Dooley: So those are the important details. Let’s get to work. Heather - what did you like about Caught in Amber?


Massey: General elements I liked: First, the characters. I rarely encounter drug addict heroines in science fiction romance—actually, this might be the first time—so Sasha’s character is inspired. Having worked in mental health I was keen to see this kind of character explored in an SFR. Her addiction issues are very much a part of the story and amber is a chilling type of drug.

I thought Sterling, as a government agent, was a fun spin on lawmen. The Colonial Mining Authority institution gave him a unique flavor. He’s earnest and grim but not completely humorless.

Second, CAUGHT IN AMBER is a character-driven romance, but it also has suspense elements given Sterling and Sasha’s mission. The stakes were definitely high.

What were some of the standout aspects for you?

Dooley: I loved the high-stakes conflict. An honorable man must do a dishonorable thing for honorable reasons to a dishonorable woman who is trying to be honorable. LOL. Does that sentence even make sense? What I mean is that I loved the conflict and the tension. I found myself quite anxious at times as I read, worrying about the characters and the moral grey areas they were leaping into.

I loved that the author was willing to portray drug addiction in such a gritty way. She didn't pull any punches with showing exactly what kind of things Sasha had done under the influence and how far she had been willing to go to get the drug she needed.

I liked the setting. I've been here before and I'm familiar with it. Doesn't seem too different from Earth, though, does it? I think the world building kind of plays it safe.

Massey: I had a different response. I thought the worldbuilding was spot on—Nevarro, being far from its sun, had a plausible reason for being a cold, fairly inhospitable mining world. It’s not meant to be a larger-than-life space opera setting. The descriptions of the frigid weather were effective. I particularly liked this passage:


When the ground taxi pulled up to the curb, Sterling opened the rear door for her. Sasha slid across the crackling plastic seat, grateful for the warmth inside, even if it stank of damp feet. (page 37)

That kind of passage really brought it home for me what it’d be like to be stuck on such a desolate world. Stinky feet for the win, LOL! Nevarro made me want to read more stories set in non-flashy futuristic settings.

What other reactions did you have to the story? 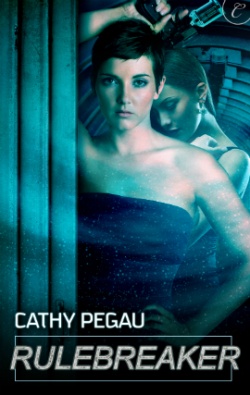 Dooley: I think the author could have gone a little further with Sasha being back in the world of crime and drugs. Despite the implant that gentled her need to use amber, I think there would/could have been more of a struggle on Sasha's part. There was one scene where Sasha is staring at a big ole lump of amber. I knew she wasn’t going to use it, but I wanted there to be a much more terrible and painful battle going on inside of her. But, you know – me? No matter how gritty things get, I always want more. Greedy that way *grin*.

One other thing: the plan was for Sasha to get Sterling access to Christiansen - and then she was going to be cut loose. Once that plan fell through there really wasn't a firm Plan B in place. They seemed to be playing it very casually, whereas I thought Sterling would have insisted on a game plan. He wouldn't want to leave his sister's life to chance, would he? And he was regularly berating himself for the danger he was putting Sasha in. I was surprised that he was willing to continue with just a vague plan in place.

Massey: Yes, especially given the level of security that Christiansen has throughout his lair. Despite the appeal of the premise, once I got into the story I found it a little hard to believe the undercover plan to get Kylie out. Sterling was on an unauthorized, personal rescue mission, so he lacked his usual resources (which added nicely to the tension), but something about it puzzled me. Maybe it was because I thought Christiansen seemed too gullible (or maybe there wasn’t enough explanation regarding how Sterling was able to pull off such a snow job).

Dooley: Christiansen does seem to believe Sasha and Sterling's story too easily. Someone as successful a drug kingpin as he would surely be more suspicious?  In my mind I was adding little clues that he just so wanted to believe Sasha was coming back to him, that he let his heart rule his head.

Massey: I did that, too. What did you think of Christiansen as the villain?

Dooley: I liked that the author didn't make him a totally evil villain. I did believe he had loved Sasha, and that loved her still. The author did a great, but subtle job of showing that.  Christiansen's a scumbag, of course. But I like my scumbags to have a little humanity in them. *grin*

There’s a scene where Sasha is berating Christiansen for his awful treatment of her when they were involved previously. I thought it was a nice little touch that the truth of the matter was that Christiansen had been trying to get her to rein in her drug use, and Sasha had been so caught up in amber use that she never even realized it. More moral ambiguity. I love it!

Massey: I appreciated those elements, too. Ms. Pegau used many sensory, visceral details to convey Sasha’s reaction to Christensen and those more than anything drew a picture of his true nature. He’s a villain bent on world domination of a different kind.

That’s where some of the social commentary comes in, and I liked that the story prompted me to reflect on the role of illegal drugs in a futuristic society because most likely it’s an issue our descendants will have to deal with.

Dooley: Yes, I liked the many wonderful little details throughout the story. Pegau’s got a nice writing style; I always find myself engrossed. I also enjoyed the fuller secondary characters. The henchman, the friend, the personal assistant, the co-worker, even the drugged-up hangers-on were all given a nice level of attention and added to the story.

Massey: Genevieve Cain, Christiansen’s right hand woman, was a particularly potent character. If the author wanted to spin off a book for her, I could certainly go for that. No pressure or anything. LOL!

Hit me up with your final thoughts about CAUGHT IN AMBER.

Dooley: I thoroughly enjoyed the story, the characters and the delicious moral dilemmas I was presented with. The straight-shooter lawman using a vulnerable woman for his own ends, a drug addict who finds herself committing acts of heroism, a stone-cold villain with a bad case of unrequited love: they all seemed so very real and honestly depicted.

I personally would have like a bit more vivid world-building and for a couple of the plot points to be grittier. All-in-all: highly recommended to readers who enjoy character-based SFR, non-stereotypical character types, suspense elements and a romance that never seems easy or inevitable. You know what? I’m gonna take a stand here. This may not be a perfect book, but it’s my favorite SFR read of the past year.

Massey: CAUGHT IN AMBER represents science fiction romance extremely well. The futuristic elements and setting are accessible, which makes it easy for readers to relate to them. The characters are flawed but likeable and earnest. The story features a familiar romance but it also takes risks, particularly with Sasha’s addiction challenges.

I was excited to discover that the story contains layers of meaning beyond the plot. The themes are delivered in a thoughtful, yet entertaining fashion. CAUGHT IN AMBER is the type of sci-fi romance that will stick with you long after the Happily Ever After.
Posted by Heather Massey at 1:15 PM
Newer Post Older Post Home