How J.D. Robb Helped Me Find My Voice By Kat Cantrell

[Author Kat Cantrell is aboard to discuss the evolution of MINDLINK, her new science fiction romance from Carina Press!] 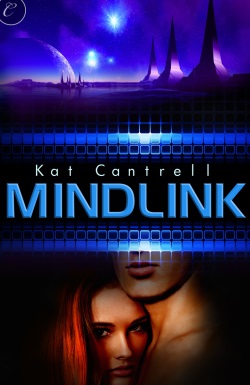 I’ve always been a voracious reader—I know, I know, how unusual. :) But I started running out of things to read in the romance section. A friend handed me Naked in Death and said, “It’s a futuristic murder mystery but don’t let the name fool you. It’s really Nora Roberts.”

She had me at futuristic. But the rest sealed my fate as an author.

You see, I had just started writing my first novel and I knew it was going to be a science fiction romance like my favorite titles, with lush, detailed new galaxies, intriguing undiscovered species, huge stakes and timeless love. A space opera galore. Except it wasn’t coming together. My people talked like they’d just learned English, the hero and heroine had no chemistry and my cantina scene bore a strong resemblance to the one with Han and Greedo.

I started reading Naked in Death and had a revelation. I needed to combine my contemporary voice with my love of all things speculative. And by the way, I wanted to try writing a contemporary romance while I was at it. If Nora did it, I could too.


Fast forward many (many) years, and that first SFR manuscript still wasn’t coming together. In desperation, I turned back to Nora and tried to figure out where I was going wrong. I have cool technology. I have a hot hero. My heroine kicks butt, takes names and has horrific internal wounds that only the hero can heal. Sounds like a JD Robb book to me. 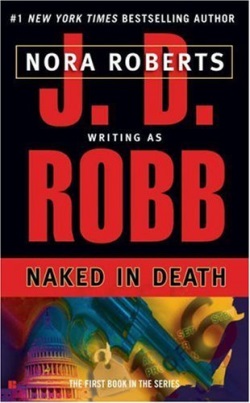 But it wasn’t. And it wasn’t a Kat Cantrell book either. I gave up on SFR for a while and wrote that contemporary romance, which also didn’t come together (quell surprise). I wish I could properly credit how I had my next revelation—but I can’t remember where it came from. I distinctly recall what the revelation was, though. My heroine had to be from Earth.

Ashley V was born. She also takes names, kicks butt and has horrific internal wounds, but she also uses modern-day vernacular and likes Louboutins. The solution lay in mixing not just my contemporary voice with my futuristic plots but also a contemporary person. The rest of the story practically fell out of my head and onto the screen. And then I had to revise it four times, but that’s a whole ‘nother blog post.

Like Nora, I ended up publishing my contemporary stories with Harlequin before I got the nod for my first futuristic title. When I finally did, much rejoicing was heard about the land because SFR is my first love.

If you like your aliens with a side of snarky heroine from Earth, give MINDLINK a shot. 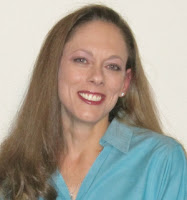 Kat read her first Harlequin novel in third grade and has been scribbling in notebooks since she learned to spell. What else would she write but romance? She majored in Literature, officially with the intent to teach, but somehow ended up buried in middle management at Corporate America, Inc.

Kat became a stay-at-home mom and devoted nap time to writing. After many thousands of words, her dream of publication finally came true. When she’s not writing about characters on the journey to happily ever after, she can be found at a soccer game, watching Friends or dancing with her kids to Duran Duran and Red Hot Chili Peppers.

Kat, her husband and their two boys live in North Texas. She’s a proud member of Romance Writers of America®. Kat was the 2011 Harlequin So You Think You Can Write winner and a 2012 RWA® Golden Heart® finalist for best unpublished series contemporary manuscript. She’s represented by Jill Marsal of Marsal Lyon Agency.