While exchanging emails with an author of SFR, she raised the issue of discoverability. It reminded me I'd been wanting to touch upon the topic.

While growing up, I had the unfortunate experience of believing the only TV shows available were those offered by the three main networks (and a handful of local channels). And that terrestrial radio music was the only kind in existence. The only valid stories were those offered by mainstream print publishers through brick and mortar stores. I feel embarrassed even now when I reflect on my ignorance (because I let myself be manipulated?).

As an adult, I witnessed a time where all of the above has been disproven. There are so many more entertainment choices available than what corporate marketing machines put in front of our faces. Yet there are still obstacles to discovering books, films, music, etc., beyond the mainstream--including how we limit ourselves as consumers.

While I can't help but depend on mainstream sources for some of my entertainment needs, I don't rely on them as my *only* source. Science fiction romance is a prime example of that. Heck, as a U.S. resident I got my start in this subgenre by watching a show from Japan!

But discovering SFR stories takes more work than simply opening a magazine and looking at ads or walking into a bookstore and perusing the end cap displays. Finding more SFRs to read involves online research and networking extensively with readers and authors.

Not everyone is willing to take those extra steps or can do so on a regular basis. There are very real challenges such as jobs, childcare, and other important responsibilities. So we'll filter those folks out of the discussion at hand!

One could argue some readers become overwhelmed when presented with "too many" book choices. Therefore, they stick to what's known, which often means around three or four mainstream options. They only talk to other readers about what's known, often driven by a strong need to belong.

They assign the highest value to what's known, sometimes only because publishers have paid good money to ensure that kind of result. I do worry a lot about readers being "played." But I also wonder if the idea of being overwhelmed by multiple choices is more of a myth than reality, at least for some readers. 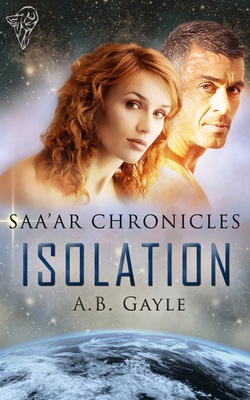 SFRs without the backing of mainstream print publishers (even if we're just talking about distribution opportunities) face a significant discoverability challenge. Therefore, readers potentially miss out on good books--but they don't have to. When technologies like the Internet create a vast, nearly limitless playing field of entertainment choices, wouldn't it be advantageous to gain new consumer skills?

In other words, are we entering a time when readers must become more proactive in order to discover new books? Yes, search engines and metadata and such can bring products to our fingertips, but on the other hand, what do we accomplish by sticking to the top three choices laid out by a Google search? I think we limit our choices unnecessarily.

Luckily, ebooks and indie publishing have paved the way for more readers to discover subgenres like sci-fi romance. An article by J.A. Konrath echoes this sentiment:

With ebooks, the readers are the ones who discover new writers. And those readers actually have a chance to discover more books than ever before, because many of them were never mentored by the establishment.

His statement highlights the new role readers can play as patrons of the arts, in this case, ebooks.

SFR represents the frontier beyond the mainstream. It will always be too niche for some people, but others may discover its value with the right story experience and by trusting the technology that delivers it.

It's important to point out that if readers make the effort to discover niche genres like SFR, then they should be rewarded, on average, with quality entertainment. Authors have full control over that part of the process.

In his post, J.A. Konrath also asked, "What about all the great books that don't hit the NYT list? Who speaks for those?"

Regarding science fiction romance, anyone who's a fan can speak for them, especially digital-first titles. They can always use a discoverability boost.

Would you like to speak for a science fiction romance you've enjoyed?