In Search of Lesbian SFR: The Good, The Bad, and the Ugly

[Join me in welcoming author Cathy Pegau (DEEP DECEPTION) to The Galaxy Express. She's here to discuss the challenges of discovering lesbian science fiction romance. The challenges are many, and they go beyond the usual suspects. Once you've read her guest post, we look forward to hearing your thoughts about the topic!]

One of the main concerns an author has, other than telling a boffo story, is getting people to actually buy and read her books. Which means the book needs to be found and picked out of a crowd of others. This is challenging enough when a book is in a genre the reader already enjoys; they know where to go to get their favorite sort of stories.

But what about when a reader is ready to try something new or venture outside their comfort zone? What’s the best way to go about finding new material? Relevant books and authors have to pop up when a curious reader plugs particular terms into a search engine. For standard genres like science fiction or romance, there is no lack of places to get suggestions. For science fiction romance, it becomes a bit more difficult, but if you’re reading this you’re already on a fabulous SFR site and know where to find more.

But I write lesbian science fiction romance. Talk about a niche genre. How could a reader find *the* story that will begin their journey of lady love in space, on another planet or in an alternate universe?

You will find some useful information, like http://lesbianfictionbooks.net , http://lesbiansciencefiction.com , http://onlinelesbianfiction.com, Liz Bourke’s Tor.com blog http://www.tor.com/Liz%20Bourke and KT Grant’s http://kbgbabbles.blogspot.com, among others that list and/or discuss lesbian SFR. Some of the sites’ lists haven’t been updated in a while, but these are great places to start. There’s a Wikipedia page on LGBT Speculative Fiction that names several of my favorite authors and their books, Nicola Griffith (Ammonite, Slow River) and Melissa Scott (Trouble and Her Friends) to name a couple. 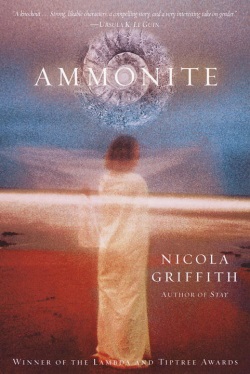 Perusing publishers for lesbian SFR is a great way to go, though not every publisher produces lesbian titles and seeing which ones do can be time consuming. Carina Press, Bold Strokes Books, Bella Books and others either do a good job of categorizing their lesbian (or f/f) and science fiction stories, or deal almost exclusively with lesbian fiction and you just need to look at their science fiction catalogue.

I also rely on readers for suggestions. I belong to a number of Goodreads and Yahoo groups that are a wealth of information. Sites that review LGBT fiction are often heavy on the gay male side, but Loving Venus-Loving Mars http://bi-curious-romancenovel-chat.blogspot.com/  and Mary at http://queerbooksplease.blogspot.com read and review some lesbian SFR. There’s also a new lesbian review site, Lipstick Lesbian Reviews http://lipsticklesreviews.blogspot.com , who is open to SFR, so folks can look for titles there as she gets to them read and reviewed. 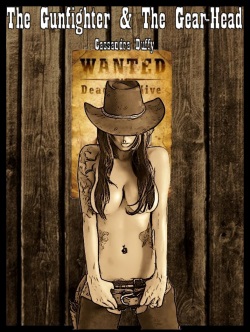 The Bad. The reason I probably didn’t recognize them is because I have a Kindle and most of my earlier perusing was on Amazon. Not as effective as I’d like, but not the worst (more on that in a bit). I decided to look at Amazon as if through the eyes of a person newly turned on to lesbian SFR.

When I plugged “lesbian science fiction romance” into the Amazon search block under Books, I was given a list of 315 titles. Pretty good. The first wasn’t science fiction. Nor was the second. The third and fourth were urban fantasy/fantasy (close). There were several nonfiction titles, but also a number of non-science fiction titles. So much for parameters.

What confounded me, however, was using given categories and just clicking relevant links. The Gay and Lesbian category with lesbian science fiction in the search box gave me basically the same results as above. The Romance category didn’t have any LGBT subcategories, but they had Fantasy and Futuristic. Searching lesbian science fiction romance there yielded 65 books, a few of which that were m/m or m/f and—get this—higher on the “Relevance” sorted list than my lesbian SFR. Say what?

Yes, that was disappointing. And don’t ask me how, when you sort by price, the prices aren’t sorted in a standard low-to-high fashion. The new math? 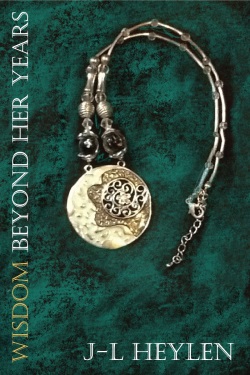 The Ugly. Amazon was tricky, but Barnes and Noble was downright mindboggling and frustrating in their lack of decent categorization. When you look under “Books” you will not find an LGBT section for fiction. The Science Fiction and Fantasy section has a number of subgenres but not romance or LGBT. Okay. The Romance section has Fantasy and Paranormal subgenres listed but not LGBT. *sigh* This was not going to be easy, but little did I know…

I went back to “Books”, entered lesbian science fiction into the search box, and got 12, 816 results. Woo hoo! But wait a second! The “Top Match” was a gay male fantasy novel. There were a lot of nonfiction titles too. I altered the search to read lesbian science fiction romance: 612 results. Okay. Top Match: Gay male fiction. Next was another gay male story, then some lesbian fantasies and fairy tales. The bulk of the results were hetero or gay male SFR or fantasy romance.

Does B&N not realize lesbians are typically female? That lesbian romances usually involve at least two women? And where the hell were MY books? They’re at B&N, but not categorized properly. My publisher sent in the required and accurate genre/subgenre information. Why did B&N choose not to use it? How many other lesbian SFR titles hadn’t been categorized that way? This is a critical issue for authors and readers and needs to be addressed.

Was there some sort of secret handshake that needed to be learned in order to get to a lesbian science fiction romance list? A special password or dance a la the Calvin andHobbes G.R.O.S.S Club ritual? 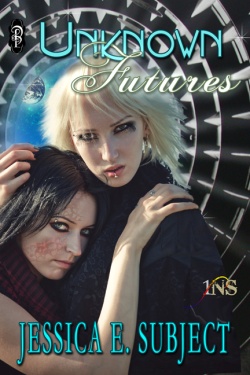 If I were looking into lesbian science fiction romance and based my assumptions purely on Amazon or, gods forbid, B&N, I would assume there was next to nothing out there. Very few of the names I knew or were given to me by “people in the know” showed up on two of the larger booksellers’ lists out there. The Rainbow Romance Writers chapter of the RWA is trying to work with Amazon to get more accurate categorization of titles. It’s important that this happens so readers aren’t frustrated and sellers, publishers and authors don’t lose sales. Fixing this broken system will be a win all around.
What to Do. If you like science fiction romance already and are looking to try some lesbian-centric titles, ask some SFR readers or authors if they have suggestions. Use Twitter with hashtags like #lesbian #SFR. Check out blogs. Go to Goodreads and search their groups. There are several that cater to SF and lesbian or f/f romance. See what publishers are putting out and check their categories. Seek out review sites that take LGBT books.

There are lesbian SFR stories of all heat levels, but some folks place all LGBT works, no matter the sensuality, into the erotic/erotica category. No, it’s not right, and we are working on that mindset. In the meantime, if you are seeking non-erotic fare, you may have to go to the erotic/erotic romance category and sort through titles and blurbs. 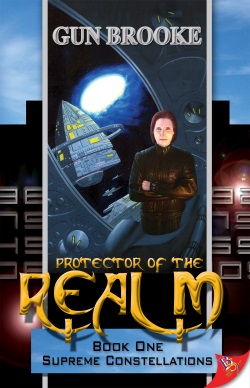 Until there is more consistency with tags and categories, and until more people are talking about the amazing stories and talented authors who write them, finding the elusive lesbian science fiction romance will require a bit of legwork. Or fingerwork, I guess, since it means typing into searches and such. Books are out there, and they want to be read.

Here are some authors and titles in lesbian science fiction (and maybe a little fantasy) romance to get you started. There are others out there that I didn’t list or missed, so PLEASE add to this list in the comments if you have recommendations! Happy reading! 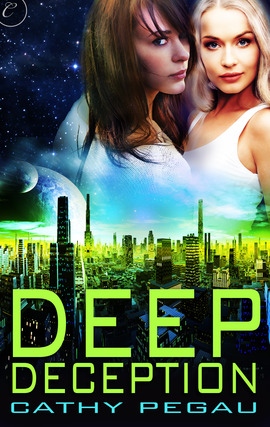 Colonial Mining Authority agent Natalia Hallowell doesn’t always play by the rules, but she wouldn’t compromise a case either. Put on administrative leave under a cloud of accusation, with no support from her boss, Natalia seeks a little anonymous companionship at her favorite bar. But she’s surprised when the woman who catches her fancy starts buying her drinks.

Desperate, Genevieve “Gennie” Caine had no choice but to seduce, drug and tie Natalia to the bed to get her attention. With the Reyes Corporation after something she has, Gennie needs Natalia to open an investigation and distract them long enough for her to get off Nevarro.

Natalia doesn’t trust Gennie—despite the growing attraction between them—but the corporation’s suspiciously high profits convince her that they must be hiding something. But she has no idea just how deep the deceptions run….
About the author

Cathy Pegau's muse almost always finds some sort of science fiction, fantasy or paranormal bend to the stories it offers. Her debut novel, Rulebreaker, was released in 2011. Caught in Amber in January 2013, and the third installment of her Nevarro books, Deep Deception, came out in May 2013. She lives in Alaska with her husband and kids, several pets and the occasional black bear that roams through the yard.

She enjoys chatting with other writers and readers. Drop her a note at cathy@cathypegau.com or find her on Twitter @CathyPegau.