Christine Pope's BREATH OF LIFE: A "Beauty and the Beast" Sci-Fi Romance

But I can spotlight Christine Pope's BREATH OF LIFE, a B&B inspired sci-fi romance. Now that's what I call an SFR for the win! 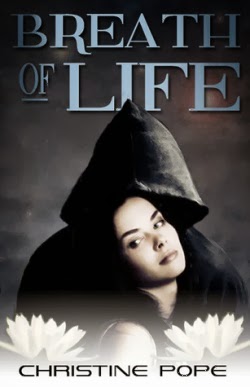 BREATH OF LIFE (2011) is the first book (novella length) in the author's Gaian Consortium Series. Here's a description of the series courtesy of the author's Web site:


A series set in the far future, where Gaia (Earth) has aggressively colonized a significant section of the galaxy. The Gaians are not the only humanoid race in the galaxy, however, and humanity's interactions with the other races range from peaceful to openly hostile. The Gaian Consortium seeks to continue its outward expansion...sometimes with less than positive results. As with the Tales of the Latter Kingdoms series, these books are connected by setting rather than by characters.

I can't remember exactly where I learned about BREATH OF LIFE, although I came across it in a discussion thread several months ago. It sure was a fun discovery! Here's the story blurb:


Anika Jespers, a homesteader's daughter on a Gaian colony, thinks she's destined for a dull existence on her family's farm. But when her father makes an impossible bargain with their neighbor, one of the alien Zhore, she faces a future different from anything she could have possibly imagined.

The familiar story of Beauty and the Beast takes on new life in this inventive SF romance novella, with the Beauty a homesteader's daughter and the Beast an alien on a faraway colony world.


Some general observations/tags: BREATH OF LIFE follows the classic B&B tale (in other words, not the Disney film version) somewhat closely, but has its own twists. For example, Anika is a student and so reads a lot as part of her studying. Here's another example of how it reinvents elements from the traditional narrative: rather than servants or enchanted objects, the hero's home is full of intriguing décor and cool gadgets.

The heat level is very mild, pretty much on the sweet side, in fact. Definitely a story for readers seeking non-erotic sci-fi romances. Overall, I think the length is just right for the story, and the price was worth the amount of story delivered.

I was consistently entertained even though I could pretty much figure out where the story was headed. The strongest anticipation I had was regarding how the author would reinvent the curse aspect of the classic versions. Given the setting she established, magic wasn't an option. 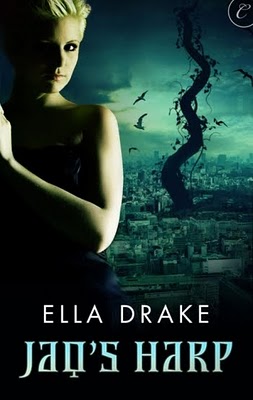 Replacing magic with science is an interesting concept and I'd love to see more stories tackle that challenge. Ella Drake used biopunk in her Future Tales stories, so that's an example of how it can be done with a really inventive element.

And it looks like Jael Wye's new ICE RED (September 2013; Carina Press; novel length) reinvents "Snow White" with a corporate Mars/space opera setting. Maybe the Snow White style heroine is laid unconscious with a virus or drugs instead of a poison apple and only a medical antidote from the hero can revive her? 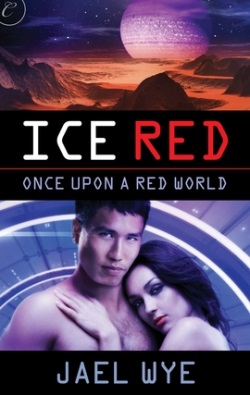 Anyway, back to BREATH OF LIFE. After a bit of research, I discovered Christine Pope has more stories set in this universe. Two are out now and one is forthcoming (all are novel-length).

BLOOD WILL TELL is now on my Kindle, so I look forward to checking it out. Hmm, BLOOD WILL TELL. Very interesting choice for a title. The cover image promises a romance, but the title indicates a gritty setting and story. I like it when authors create titles that are outside the genre norm. I don't know if it helps or hurts the chances of discovery, but I'm all for trying out a variety of titles!

I'd like to expand my list of fairy tale inspired science fiction romances. Do you have any to recommend?