If you're fans of romances wherein the romance conflict stems from heroes and heroines from different societal classes, then M.A. Grant's LACE & LEAD might be up your alley. M.A. Grant is an author with Escape Publishing, and her new science fiction romance will release November 20, 2013. 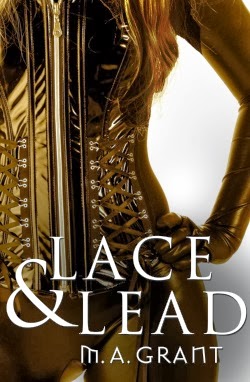 Here's the blurb for this novella-length story:


Blue-blood Emmaline Gregson survived one of the most brutal mining accidents ever recorded in the Republic, but she’s never been in a fire fight. So when unknown assailants circle the family estate, the only man she can rely on is Peirce Taggart. A former Lawman, turned mercenary, Peirce has a simple job: protect Emmaline until her father can collect her and sell her to sex trafficker Richard Stone to pay off debts.

But when Arthur Gregson breaks the contract, Emmaline seizes the opportunity to hire Peirce for herself, regardless of how crude, dangerous, or appealing he may be. Given the chance for redemption, he promises to help her escape both her father and Stone. But Peirce soon realises that hiding her in his apartment until the storm has passed may be more dangerous than looking down the barrel of a gun...

Not only do I have news of this release for you, but I have the author aboard The Galaxy Express for an interview and giveaway as well! Read on to learn more about LACE & LEAD. Details on how you can enter to win a copy of this ebook follow the interview.

The Galaxy Express: As a storyteller, you have so many genres to choose from. Why science fiction romance?


M.A. Grant: In all honesty, it was a complete accident. The story came together much faster than I’d expected, and when I was finished and looked back, I realized I’d gone completely out of my comfort zone and written a sci-fi romance. But it was so much fun that I think I’ll come back to the genre again in the future. The world-building was addictive!

TGE: Tell us about the world you created for LACE & LEAD.

MAG: The world of Lace & Lead is based on a planet much like Earth and its people haven’t yet begun exploring the worlds around them. The main reason for this lack of space exploration is the destruction at home. Humans on this planet fought for territory and resources until the wars escalated to the most brutal forms of warfare: biological, chemical, and nuclear. The Republic was formed by the most powerful of the warring nations as it sunk in that there was no point fighting for a world that wouldn’t have usable space or a sustainable population left.

As it could be expected, the class that came to rule the Republic (the blue-bloods) was made up of those who had money or political power left over from their less-than-admirable involvement in the wars. Many of the blue-blood families had roots in gun-running, human trafficking, or political assassinations. They live in a world akin to Victorian England; full of pomp and circumstance and rotting with decay beneath the glittering veneer.

Due to a lack of resources and safe trade routes, the middle-class of the Republic hasn’t truly emerged by the time of the story in Lace & Lead. Those who aren’t part of the highest class—those who own estates outside city limits and are fortunate to live in the private, gated neighborhoods—are forced into urban slums. Black markets flourish, human trafficking is common, and most are forced to hard labor.

Many become part of the thriving criminal class. Some are fortunate enough to escape this life by joining the Lawmen, the Republic’s military. The Lawmen used to be a beacon in the Republic, protecting its people from attacks by rebel nations too small to afford the cost of joining the Republic or too proud to give up their autonomy. As the Republic has gained power and influence, the Lawmen aren’t as necessary, leading to corruption within their ranks, and an exodus of soldiers to mercenary life. 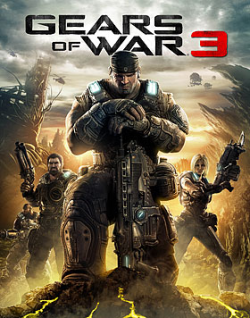 TGE: The hero is a mercenary and the heroine is a pampered Blue-blood. What type of romance fantasy can readers expect from this couple?

MAG: Peirce Taggart and Emmaline Gregson definitely clash. He hates blue-bloods but finds her to be unlike most he’s known, and she’s simultaneously irritated and aroused by his rough edges. They don’t get along until circumstances force them into tight quarters. At that point, the attraction is clear, but their relationship develops from finding compromise. I guess it’s Pride and Prejudice meets Gears of War with a healthy sprinkling of smut.

TGE: How would you rate the heat level for LACE & LEAD?

MAG: There’s plenty of sexual tension and some explicit scenes. My incredible editor Kate Cuthbert described it as “steamy.” Which of course makes me think of that fantastic scene from The Chronicles of Riddick...so steamy seems pretty darn good.

MAG: Hot Irish Breakfast or Ceylon tea with cream and sugar. If I could be hooked up to an IV of this to ensure a steady drip each day, I’d live my life with great joy.

TGE: What’s the most awesome science fact or discovery you learned about so far this year?

MAG: My husband and I are total movie nerds and gamers, and the revitalization of the tungsten rod drops has completely caught my attention. The technology needed for this to be a reality is still decades out. It’s not even the technology I find so fascinating; it’s the evolution of the concept. Reading up on the new advancements and how they’re playing into our mainstream media (G.I. Joe Retaliation, Call of Duty Ghosts, etc.) is something I keep track of now.

MAG: I’m not sure if any of these really qualify as sci-fi romance, but I grew up in a house where my father started me on Star Wars and dystopian literature when I was still in elementary school. So if we’re talking sci-fi in general, I’d have to say 1984, Brave New World, A Canticle for Leibowitz, and Fahrenheit 451.

For movies: Star Wars, Titan A.E. (which hooked me with Captain Korso in my junior high years), Minority Report, Aliens, the Riddick series, and Timeline. But I think my top sci-fi romance of all time would end up being a video game: Halo. Master Chief and Cortana...now, that is a love story.
TGE: What else can readers look forward to from you?

MAG: My debut paranormal romance novel Red Moon came out this August with Escape Publishing, and I’m currently working on its sequel. Hopefully I’ll be returning with some more novellas once that project is completed.

For a chance to win a digital copy of LACE & LEAD, simply leave a comment for this post! The deadline to enter is 12 midnight EST on November 1, 2013.