Renae Jones' TASTE OF PASSION And the "Rarity" Connection 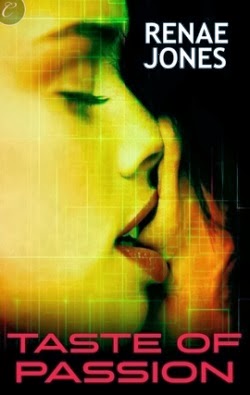 OMG this post is going to be epic! Wait until you see the connection. I can't believe how lucky I am!

First, read the blurb for TASTE OF PASSION:

Now I'm going to set up the MLP context.

I've been watching the television series MY LITTLE PONY: FRIENDSHIP IS MAGIC with my seven year-old daughter. Because of the merchandising machine related to the show, I was initially wary about the show's quality. But my daughter loved the new discovery, so I soldiered on.

As the show progressed, I was pleasantly surprised. This was a MY LITTLE PONY reboot that not only told fun stories, but also had a bold and progressive grrl power theme. Frankly, I couldn't have asked for a better show for my daughter at this point in her life. It's difficult to find heroine-centric stories for girls her age, let alone ones with quality animation, editing, and music.

As a result of this viewing experience, MY LITTLE PONY is firmly entrenched in the pop culture center in my brain. I didn't think much about it until I started reading Renae Jones' TASTE OF PASSION. And Oh My Buddha you wouldn't believe the lightning-fast connection that formed when I met the heroine, Fedni.

I had to stop reading at one point to fully process how much Fedni reminded me of Rarity, one of the main MY LITTLE PONY characters. I was like, "Whoa!"
I don't go into sci-fi romances looking for these kinds of connections. I really don't. Especially considering the G rated nature of MLP and the R rated nature of TASTE OF PASSION. Things could get awkward, heh. So I wasn't merging them on that kind of level.

Rather, Rarity of MLP gave me a context for understanding and relating to Fedni. I'm going to demonstrate that for you now (very mild spoilers ahead).

First, both Fedni and Rarity are females who appreciate the finer things in life. They're both cultured and highly invested in the perks of high society. This aspect could have made Fedni kind of snobbish, but beneath the frills and lace she's a real person. A bit misinformed and ignorant of certain things about her culture, perhaps, but grounded nevertheless. In fact, one of the story threads relates to her personal growth as she gains new insights into her culture after the invasion dust settled.

Second, let's examine some of the text from TASTE OF PASSION. Check out these passages:


Learning the ceremonies had been a personal pleasure, and she was proud to be a rare person who knew all of them. (location 506)

See what I mean? Fedni is "rare." "Rarity" is the name of the character in MLP. It's a sign, I tell you!


Still not convinced? Don't worry, I've got lots more where that came from! :P

During the course of TASTE OF PASSION, Fedni is faced with the challenge of redefining her entire life, especially since the arrival of the New Earth Federation signals a severe reduction in her status.

Below is a video highlighting one of Rarity's Dark Moments. I imagine it was a bit like Fedni's experience after the Federation conquered her planet and forced her from the temple where she'd worked as a privileged, high level courtesan:

As the blurb suggests, Fedni is deeply curious about Rasmus and his "Other" qualities. She orchestrates a sexually charged first encounter to become better acquainted with him. Every last detail of her presentation plays an important role in her mission, from her dress to her very behavior:


She stepped back, giving him a good view. The all-important dress was a short golden sheath, tight like a second skin and intricately embroidered. The dress flared to a puff of barely-opaque silk around her bosom, and the sleeves hung in wide triangles down her thighs. It was a masterpiece of native Xanian silk, chemically gilded thread and the art of dressmaking…

…Then she carefully licked a drop of tea from her lip while her neighbor avidly watched. It was a low trick, but worth it. Holding a man's complete, total attention was a thrill she cherished. (Kindle location 123 of 1087)

Rarity has a similar approach to haute couture. Furthermore, Fedni's determination reminded me of Rarity's pursuit of Prince Blueblood at the famous Gala celebration (you need only watch the first English language segment but other languages segments are included):

But Rasmus is from a different world. Fedni hopes for the best, but things don't always work out between Rasmus and her. This video montage of Rarity and Blueblood's encounter at the Gala reminded me of the obstacles facing Fedni and Rasmus:

See what I mean? During the course of Fedni and Rasmus' romance, expectations aren't always met. Culture clashes result in misunderstandings. The couple don't always see eye to eye. As a result, their relationship becomes jeopardized.

Also, at one point in TASTE FOR PASSION, Fedni gets a job as a--wait for it--dressmaker!
And wouldn't you know, Rarity is a dressmaker! That's her job and, dare I say it--her passion. What an awesome coincidence!

Fedni probably didn't celebrate her first day at work with a song, but if she had, I imagine it would have gone a little something like this:

After you read Renae Jones' TASTE OF PASSION, here's a companion feature to top it off: "Best of Rarity's fabulousness - Season 1":


I  realize you're all probably like o_O after reading about my encounter with TASTE OF PASSION (the author more so than anyone if she sees this, LOL!), but when a reader is having this much fun she can't help but share. That's what a good friend is for, after all!