Three cheers for another great year of science fiction romance! Last but not least, here's a roundup of the December releases you can look forward to as well as some fun links. Enjoy!
New releases 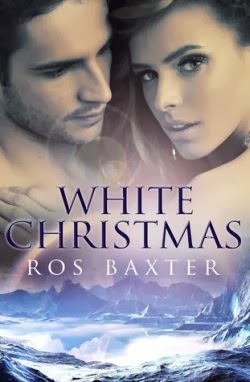 What if your only chance at survival was to seduce the man who broke your heart?

Seventeen years after the Apocalypse, Admiral-class Explorer Tabysha is caught up in a firefight and shot down over Tyver, where ice vampires hunt human warmth. Seeking shelter in an ice cave, she is instructed to stay put and await rescue. But after another ship crash-lands, and the Hunter Gatherers stalk its wounded pilot, Tabi breaks protocol.

When it turns out the survivor is the man who stole her heart then skipped out on her ten years before, it seems to Tabi that no good deed goes unpunished, and things can’t get any worse. But she’s so wrong.

As the Hunters pick up the escalating heat signature of the former lovers, Tabi has to tell Asha that there is only one way to repel the creatures stalking them.

And it involves picking up where they left off ten years before. 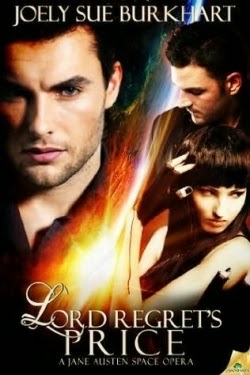 After weeks of travel, Lord Sigmund Regret’s nerves are frayed. He’s gone too long without a mark, but that’s not the only thing making him edgy. Once the reality of his profession sinks in, he wonders how his Lady Charlotte Wyre will feel when he comes to her bed with fresh blood on his hands.

Of course, the other man in her life adds more stress to an already complicated relationship. Gilead Masters’s needs are so…normal…compared to Sig’s, which leaves Charlotte turning to him to explore her darkening fantasies. Bondage is one thing. But pain? That’s too close to his bloodline’s violent weakness for Sig’s comfort.

Charlotte can feel Sig pulling away, but there is no time to heal the rift before they land in Zijin, where she is immediately attacked. Britannia’s reach is long, and Queen Majel’s reach is even deeper—and more deadly. As Imperial politics come to a dangerous boil, Charlotte must risk everything to keep her beloved assassin alive, free, and at her side.

Even as he searches for his next mark.

Part snake, part human, and—some would say all bitch—Captain Tannis of the starship El Cazador has one goal in life—to earn enough credits to pay for the Meridian treatment to achieve the immortality she craves. And one last job will get her there. The assignment: protecting the most powerful man in the Universe.


Being leader of the known universe isn’t all it’s cracked up to be. In fact, it sucks big time. And after five hundred years, Callum Meridian, founding member of the Collective, is bored out of his mind. But as things are changing, he’s changing—into what, though, he isn’t sure. Callum is determined to discover the truth, and he’s employed the crew of El Cazador to help him do it.


Not everyone agrees with his plan, though. His own people will stop at nothing to prevent the truth coming out, the Church is taking advantage of the confusion and attempting a coup, and even the crew of El Cazador seem close to tossing him out the airlock without a space suit. But defying death has never been more dangerous, sexier, or more fun. 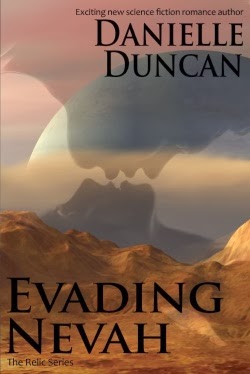 Two wayward souls from opposite sides of an intergalactic war find each other against all odds.

Captain Alara Nadrin leads an Alliance warship in battle. Above all else, the Alliance prizes military prowess, duty, and following orders. And Alara wants more than anything to make her father, the Admiral, proud of her but struggles when her conscience and her orders conflict.

Zarik of Thallor leads a refugee ship while carrying a holy relic to safety. His plans fall apart when Alara’s warship captures them, putting his people, his family and the relic in danger. He'll do anything to protect them.

With war at stake, can Alara and Zarik choose love? 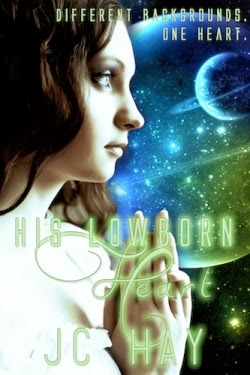 The heart never obeys the rules of society.

As the older, less-pretty sister, Theodora Groswald is expected to run the household and help raise her younger siblings. Buried under the pressures of her family and society, she longs for something to make her life exciting. She finds what she’s looking for in a brash fighter pilot who coaxes forth a wildness she has kept in check for far too long.

Janus Donaghue has fought for everything, working his way up to the elite Empress’s Wing on skill rather than through a purchased commission. He has little use for nobility or the fripperies of society, until one dance with the duke’s daughter leaves him willing to risk anything to fit into her world.

Thea knows she’s playing with fire when she arranges a rendezvous with Janus, but the temptation is too great to resist. When Janus is arrested during their tryst for treason and believed to be an alien conspirator, Theodora alone holds the alibi to save him. Coming forward will destroy her entire family…she’s been dallying with a lowborn. Any future is bleak at best, unless Janus can prove he was framed, and stop the alien invasion from taking over the empire. 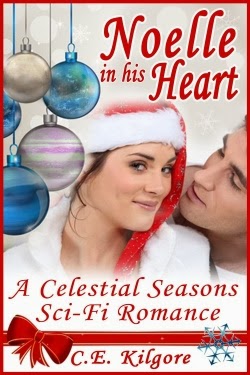 A Christmas romance with a Sci-Fi twist!

Noelle has made the same wish for the past six years to the angel on top of Father Nathan's Christmas Tree. All she wants for Christmas is someone with warm arms to hold her and who can understand that she has commitments - commitments which include the twenty-six children at the foster center she volunteers for.

Stranded on Earth six years ago, Steve and his crewmates have done a pretty good job of secretly finding a place in human society, but it doesn't erase the loneliness that hits hardest around the holidays. He longs for companionship and someone who will understand that his alien heart can love just as deeply. 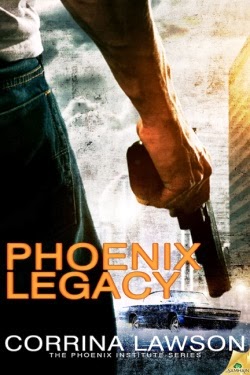 A man too dangerous to live. A woman whose survival depends on forgiving him.

Philip Drake is immortal by virtue of a psychic power that heals all but the worst injuries. He’s needed every bit of it as a black ops agent, a life so violent that the line between pain and pleasure is tangled up in his head.

When he walks away from the CIA, the last thing he expects is to discover someone stole his DNA to create a race of super-healers. And that the expectant mother is a woman from his past who’d consider it her pleasure to spit on his grave.

One moment, Delilah Sefton is listening to a seriously hot, seriously deranged man giving her some half-baked explanation as to why she’s pregnant with no memory of how she got that way. The next, armed men swarm into her bar, and she and Mr. Sexy-Crazy are on the run.

Safety at the Phoenix Institute is only temporary, but it’s long enough to put the pieces together. A madman plans to steal her son in a plot to take over the world. And to stop him, she must learn to trust the baby’s father—a man she blames for her greatest loss. 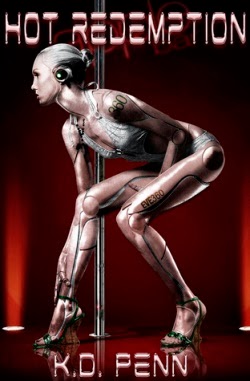 A dual point-of-view pits hero against heroine in this sizzling, sensual futuristic thriller. In a world where androids and robots flood the job market, it's almost impossible for humans to find work. But stealing comes easy for Epic and his brothers, who rob strip clubs for the electronic currency they need to take care of their family. When the scintillating Phoenix steps into their lives, she snatches away their bounty and fogs up Epic’s mind with her seductive scent.

Shots blare, a chase ensues, and both sides refuse to yield. The small compromise that comes is brought by chains and a promise for a bigger hit—on a planet far away from Earth. Can Epic and Phoenix work together to rescue themselves from poverty? Or will they find another type of redemption, one lathered in lust and warmth, pleasure, and the type of undemanding love that no human can live without?

S.E. Gilchrist (LEGEND BEYOND THE STARS) is running a giveaway to celebrate her one year anniversary as a published author! You have until December 23, 2013 to enter. Click here for complete details. 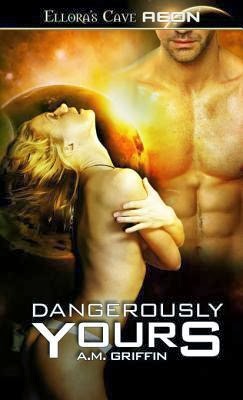 I hate cold weather. I mean I hate it with a passion. So when I was building my new world I imagined somewhere hot. I didn’t want to go the tropical/paradise route, that would have been too easy. So instead I made it a little too hot. I created two suns and made only one ocean on the entire moon. My world ended up being hot, dry and very bright, definitely not something that humans are used to.

Expanding SFR one venue at a time 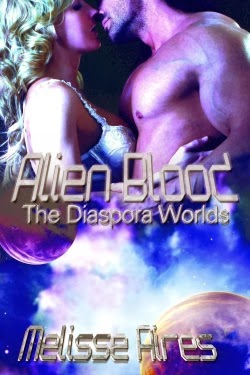 Now I turn the mike over to you. Got any science fiction romance news or links to share?