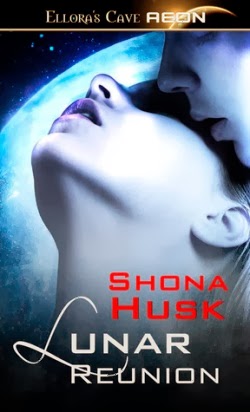 I have a fair number of interesting looking ebooks in my to-be-read pile, but when an author dangles a science fiction romance with tentacle action in front of my face, I can't help myself—the book's going straight to the top of the pile.

I mean, why fight the inevitable?! :)

I'd blogged about tentacle romance at Heroes and Heartbreakers last year, so my radar's been on high alert for such stories ever since. When Shona Husk contacted me about her latest release, at first I thought it was SFR blog business as usual. Then I read the last line of the blurb:


Six years ago Filid made the mistake of falling for another officer in the Allied Planetary Military. He walked away before they both did something they’d regret. Yet he can’t get her out of his mind, even now.

Following so closely on the heels of my H&H post, this news was pretty cool to me. I read inhaled the book, eager to discover how the author would integrate tentacles into the story. Here are a few non-spoiler tags so you can decide if you'd like to take the same plunge:

* Action-adventure elements: none. Sci-fi elements: lite. This is very much a character-driven story.

* The lovemaking scenes are graphic, but sensual—and also 100% consensual.

* An empathic ability is present (I won't reveal how or whom, but it's used more judiciously in the lovemaking scenes than I expected. For me, it was a plus; your mileage may vary.)

* Hero and heroine are both aliens (i.e., humanoid aliens from planets other than Earth). The heroine could be interpreted as an alien person of color (depending on one's perspective). The setting indicates there are various types of alien races. If I recall correctly, there was nary an Earth human among the characters of this story.

LUNAR REUNION accomplished what I anticipated a romance author could do—reinvent the tentacle trope for a sci-fi romance. Especially when it comes to consensual sex. This isn't to say that tentacle themed SFRs are for every reader (the same way vampire romances aren't for everyone even if they feature non-scary types of vampires). But it can be done!

I really want to read more of these stories, especially with a variety of heat levels. Tentacle sex (whether one or both lovers have them) can be consensual and exciting and that's an aspect I'd love to see more sci-fi romances explore.

I find the process of harnessing tentacles for science fiction romance a fascinating process. I guess that's because I like the strange nature of tentacles, but I'd like to enjoy them in more than just a horror/science fiction horror context (although a sci-fi romance with horror elements would be entertaining, too!).

Tentacle elements would pair nicely with biopunk settings, superhuman settings, or stories featuring genetic engineering. A hero or heroine could even use tentacles as weapons. Tentacles in the bedroom are fun, to be sure, but there's no harm in letting our imaginations run a little wilder! 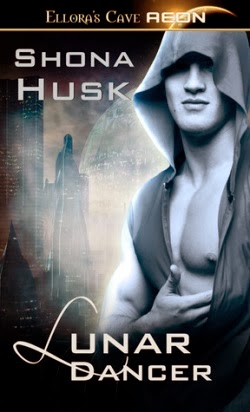 Want to know more about LUNAR REUNION and its author? According to the news section on the author's site,

You can also read an interview with Shona Husk at the SFR Brigade.