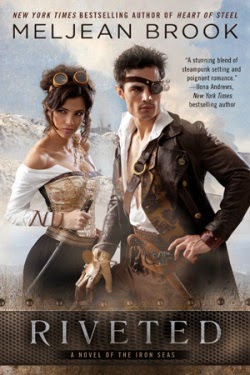 Determined to solve the mystery of his own origin, David will stop at nothing to expose Annika’s secrets. But when disaster strikes, leaving David and Annika stranded on a glacier and pursued by a madman, their very survival depends on keeping the heat rising between them—and generating lots of steam . . . 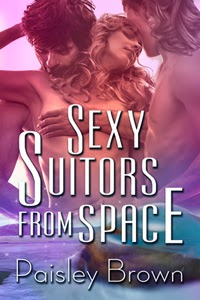 A vacation to the far North...

Heather is gifted a week away at a resort in the Arctic Circle by her grandmother, a chance to finally move on after finding her fiancé in bed with another woman.

With two Nordic hunks to keep her company...

The two sexy studs make is easy to get over her failed relationship. That is, until they tell her their secret.

Are the two men really extraterrestrials or just a fantasy created by her lonely soul? 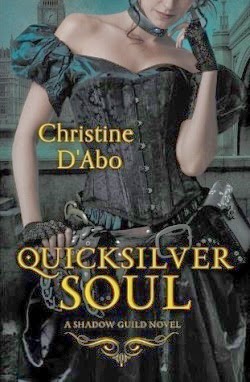 Archivist Emmet Dennison has fallen from grace. Instead of extracting the memories of the dead, he finds himself assigned to protect Nicola Tesla, a woman who is as mad as she is brilliant. Each moment they are together challenges not only his beliefs, but jeopardizes his future with the Guild.

Nicola Tesla hasn't met a man like Emmet Dennison before—intelligent, insightful and full of anger. Despite her curiosity, she has no desire to pursue a relationship. Her life is her work and no distraction, no matter how attractive, will get in her way. 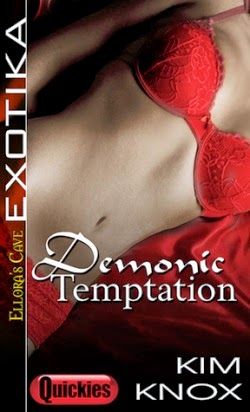 Adela Tilman is a woman pursued by strange lovers she can’t see. Unseen hands, mouths, tongues tease and torment her. They hint at exquisite release…but never quite fulfill that dark promise. Worse, something about the new insanity of her life has pulled Marcus Yeats back into her world.

Marcus is a man who has fueled her fantasies for years, a man she ran from after one mad moment of indiscretion. But here she is again. Caught by him…and wanting so much more than an illicit fumble or the hands of strangers tormenting her body for too few moments.

Now everything is about to change. Idaeus has found them both.

Inside Scoop: Contains steamy ménage with unseen lovers.
DANGEROUS RENDEZVOUS (space opera; interactive) - Heather Massey
Agent Lucia Alvarez is investigating rumors of bizarre experiments on a distant planet when she encounters the man who broke her heart. Can they join forces to solve the mystery, or will his dark secret tear them apart?
[Edited 5/2/14 to add title below] 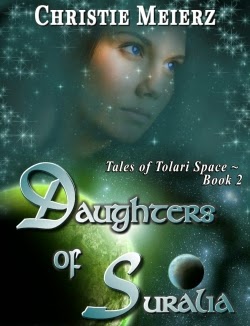 For Marianne Woolsey, linguist and tutor, being empathically bonded to the leader of the Tolari turns out to be a bed of roses - complete with thorns. Especially thorns.

With diplomatic relations severed and humans kicked out of Tolari space, the Earth Fleet ship Alexander is gone ... for now ... but Earth Central Command hasn't given up trying to get Marianne back. As she struggles with surprises, nightmares, and a bond-partner who can't be tamed, she just wants to figure out where she fits in a society that isn't quite human.

Laura Howard, the Admiral's widow, only desires to be left in peace to gather the fragments of a shattered heart, but Central Command has plans for her, too.

Meanwhile, the Sural's apothecary is a serene and gifted healer who knows what - and who - she wants. Circumstances have conspired to deny her the man she's always loved, but in the pursuit of his heart, she finds an unexpected ally.

Daughters of Suralia is a non-erotic scifi romance. 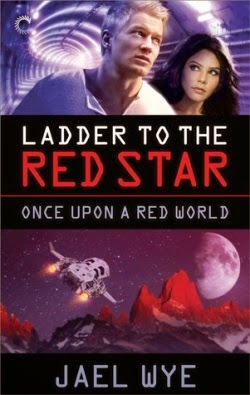 Once upon a ruined Earth 300 years in the future…

Jacques Tallinn, biotech smuggler and thief, is after the cure for a brain disorder he's suffered since childhood—a disorder inflicted by a powerful tyrant. To get the cure, Jacques will need to climb the space elevator to the new Zenith space station hovering above Earth and go undercover in the lab where it's produced.

Martian head tech Devi Chandra is immediately intrigued by her sexy new lab assistant. Though she insists on keeping things professional, she finds herself charmed by Jacques. Until he betrays her trust, kidnapping her and spiriting her off to Earth.

All Jacques needed to do was steal the biotech and get back home. But when things go wrong, he can't bring himself to leave Devi behind. Now she's injured and a simple caper has become an intergalactic cause, endangering his life and the lives of millions of others. But the hardest part? Winning back Devi's trust.

What is it about tentacles that capture the imagination like nothing else? From The Dream of the Fisherman's Wife to the eldritch horrors of Lovecraft, what horrifies us often arouses us, too. Whether it's the taboo, the inherent wrongness, or something that can't be defined, tentacles capture the imagination, and these stories wrap their slippery appendages around our minds and won't let go.

In her announcement post, she described a bit about the story:

In my books, most of the story takes place on Earth, and is about protecting Earth and its people.  Settings are largely familiar; the time is now.  It is only the perspective that is skewed.  Aliens exist—and some of them are an ongoing threat to us.  Space travel is common—in other parts of the galaxy.  In Unchained Memory, we only see other worlds in flashbacks, and never see the real villains, the Gray slave-trading aliens.

File under: recipe for a science fiction romance 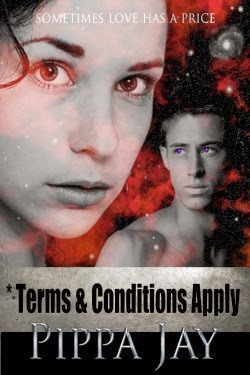 
2. Characters. Your players upon the stage. Whether they’re human, alien or robotic, straight, trans, bi, lesbian, gay, religious, atheist, black, white or multi-coloured, they must be real. No one likes flat characters. Make me sympathize with the victim, loathe the villain, and admire the hero/heroine. Make me want the good guys to win but place enough doubt to keep me hooked on the edge of my seat. 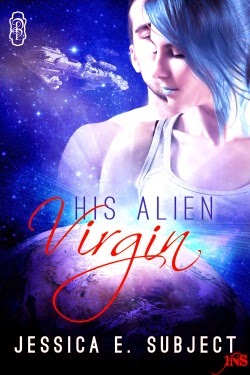 RK: What attracted you to SFR?
Thank you for inviting me back to Smart Girls, RK! I’ve always looked to the stars and wondered what was out there. And I don’t ever remember NOT believing in aliens. Sometimes the idea scared me, but now, I use the idea to develop stories. When I started writing, I didn’t intend to write SFR. Heck, I didn’t even know it existed. I just wrote what was in my head, and it ended up being a love story involving an alien. Since then, I’ve wrote and read so many wonderful sci-fi love stories, and I still have so many to read. LOL There really is a lot out there, which is wonderful.

Sharon Lynn Fisher is on a book tour to celebrate the release of her biopunk sci-fi romance, THE OPHELIA PROPHECY. Here's a link to the stops. The tour includes interviews and giveaways. 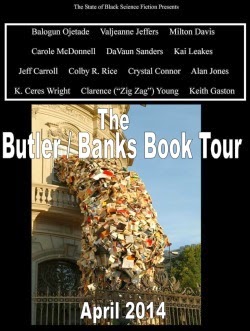 Via The Chronicles of Harriet, I learned about an April 2014 event called The Fresh Fest of Afrofuturism: 13 Authors Rock the Mic in Honor of Octavia Butler and L.A. Banks:


The State of Black Science Fiction Authors and Artists Collective decided it is time to do a tour to let the world know that we’re here; that great Black books, written by, for and about Black people do exist (yes, there are many who still don’t know)…

…And we would name – and do – this tour in honor of two of the biggest superstars in literature. Two superstars whose names are synonymous with Black Speculative Fiction and whose works have inspired most of the Black authors who write Science Fiction, Fantasy or Horror: Octavia Butler and L.A. Banks.

(Thanks to TGE passenger P. for the link) Another case for more diversity in science fiction romance

In an analysis of more than 1,000 television shows that aired on 67 cable and broadcast networks during the 2011–12 season, UCLA researchers studying racial diversity in the entertainment industry found that more viewers were drawn to shows with ethnically diverse lead cast members and writers, while shows reflecting less diversity in their credits attracted smaller audiences.

Want to widen the readership for SFR? Increase diversity. Serve the underserved. It's a win-win.

If you're planning on or have a WIP featuring Latin@ characters, here's an in-depth article courtesy of Lisa M. Bradley at Café Nohwere to help your characters be as well-researched as possible:

How do you know?

And, you may be asking, what is up with that @ symbol?

Nota bene: I am not a linguist. This is the quick and dirty version.

I'll start by explaining my use of the @ symbol. In Spanish, nouns are assigned masculinity or femininity (la mesa, la mano, el sol, el gato, la canción). Traditionally, a mixed group of nouns, say students in a classroom, are referred to with the masculine form, whatever the actual gender distribution. Los estudiantes. Los hijos del maíz. Why should this be the case?

Some folks write Latino/a (or Chicano/a), but the masculine suffix is still given priority. If we flip it to Latina/o, it's still typographically awkward, but more important, like its predecessor, it implies that there are only two genders. The @ disrupts the tendency to erase or subordinate the feminine, but it also complicates gender binarism (is this noun male, female, both, neither, more, does it matter and why?).

This item isn't SFR related, unless you count the fact that I'm a reader of sci-fi romance who enjoys reading science articles and has a daughter in second grade. :P

Anyway, my daughter came home with an information sheet about Mars and the discussion questions were about scientists who study the water there. This was around the same time she was learning about solids, liquids, and gases.

Soon after, I found Searching for the Origins of Water in Planetary Systems (via SF Signal). I had to simplify the article for my budding 8 year-old scientist, but it's a great companion piece to her Mars one-sheet. Plus, the article's interesting stuff for folks of any age. :)