Cover Reveal: IN THE DEVIL'S NEBULA By Anna Hackett

How about some action-packed cover action to liven up your summer? Behold the cover and blurb for Anna Hackett's IN THE DEVIL'S NEBULA (Phoenix Adventures #2): 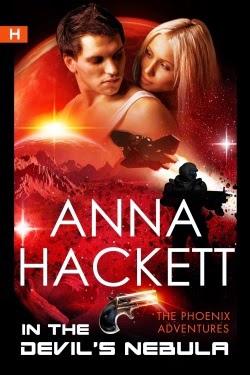 Almost as good as watching a movie, eh? IN THE DEVIL'S NEBULA will release July 16. Check the author's site for more news!