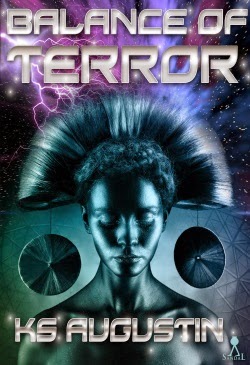 Save one man? Or save billions? It’s Moon’s choice.

Stellar physicist Moon Thadin and amnesiac savant Srin Flerovs are on their way to possible sanctuary with an old research partner of Moon’s. But between them and safety lie a cunning arms dealer, a suspicious pirate captain, and a universe of unfamiliarity.

Refusing to turn her research into a weapon, Moon and Srin outran the Republic in IN ENEMY HANDS, only to find that the anti-Republic rebels they’re heading for want her knowledge for the same reason, and they’re willing to trade critical gene therapy for it. Withhold the therapy and Srin will die. Share the research and billions will die.

A full novel, and winner of an SFR Galaxy Award, this book is for readers who like scientist
-heroines, PoC main character, aliens, hidden agendas and a love story that defies reason. 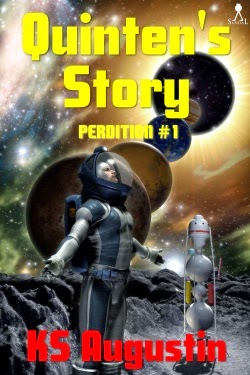 Quinten Tamlan was once the scourge of the Republic. Then he disappeared….

It’s been seven long years for Quinten Tamlan. Scarred and bitter, he has lost direction and the spark of idealism that once fired his resolve. But when he is forced to take on a new crewmember, he is once more pulled back into a past that refuses to let go.

Quinten believes he has his own problems. He believes he is alone and forgotten. He is wrong. Quite wrong.

Another novel, and the first in the Perdition series, this book would appeal to fans of space opera, evil empires, redemption. This one isn't SFR but does have romantic elements.